Excited passengers disembark from the MS Westerdam, which is now docked in Sihanoukville, Cambodia. The cruise ship arrived in Cambodia on February 14, 2020 after being stranded for two weeks

All times below are in U.S. Eastern Standard Time.

China’s National Health Commission reported that there were 2,009 new confirmed cases of the coronavirus and 142 additional deaths as of Feb. 15. The total number of cases in mainland China has reached 68,500, and the total deaths has reached 1,665, according the latest statistics from the commission on Sunday.

6:21 am: Taiwan confirms death of man with no known history of travel to China

Taiwan said a man in his 60s with a history of hepatitis B and diabetes has died of the virus. It’s the first death on the island. The man died Saturday after nearly two weeks in a hospital, but does not have a known history of traveling to China.

Health officials are investigating how he became infected. Taiwan has 20 confirmed cases of the virus.

3:40 am: American from cruise ship tests positive for second time in Malaysia

An 83-year-old American woman who was previously aboard the MS Westerdam cruise ship in Cambodia last week has tested positive for the virus a second time since flying back to Malaysia, officials there said on Sunday. She was one of 2,257 passengers and crew onboard at sea for nearly 14 days, and the first to test positive for the virus.

Officials said that more than 140 of the passengers on the ship traveled through Malaysia’s Kuala Lumpur airport, and all but eight traveled on to destinations in the U.S., Europe and Australia.

A return to Auschwitz, 75 years after liberation

Sun Feb 16 , 2020
The pictures were an afterthought. Once Soviet soldiers had liberated Auschwitz in January 1945, they realized they needed a record. They needed to show the world the horror they had discovered. So, they dressed survivors back up in their uniforms and paraded them around for the cameras. Who were they, […] 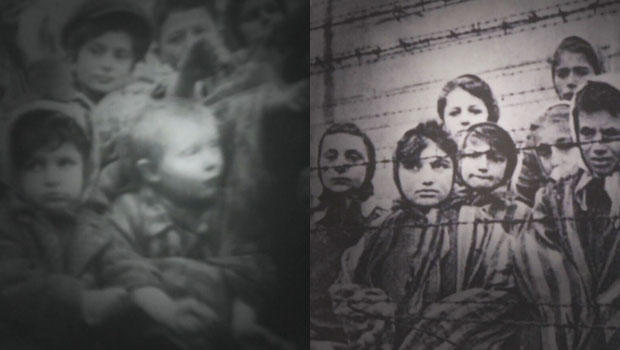