This is CNBC’s live blog covering all the latest news on the coronavirus outbreak. All times below are in Eastern time. This blog will be updated throughout the day as the news breaks.

States across the U.S. are reopening after some coronavirus lockdowns meant to curb the spread of the virus are eased despite the country seeing its deadliest day on record, according to data collected Friday by the World Health Organization. Warren Buffett revealed at Berkshire Hathaway’s first virtual annual meeting on Saturday that he sold all of his airline stocks and didn’t see any value in any major acquisitions amid the coronavirus pullback in stocks.

Spirit Airlines will require passengers to wear face coverings when traveling, starting on May 11. Passengers without a face covering will not be permitted to board the plane, the airline said.

Major U.S. airlines on Thursday said they will require travelers to wear face masks onboard their planes as carriers take steps to try to protect the health of passengers and crew. —Melodie Warner

Tula, a New York-based skincare company, is now trying to keep up with demand as consumers are staying at home and investing even more in health and wellness.

Purveyors in the clean beauty market space generally offer products free of toxic chemicals and other undesirable ingredients like sulfates and parabens. Tula posted a 400% increase in April sales compared with the year prior — the best April in its six-year history —and double its sales from March.

“Clean (beauty) is something already that we were saying is going to be important to watch,” said Larissa Jensen, vice president and beauty advisor at NPD, a market research firm that tracks consumer trends. “I believe that the circumstances today have only accelerated that conversation and amplified the importance of it.” —Melodie Warner

“May will be better than April. I don’t think June will be a good month, but hopefully, it will be a bit better than May,” Kelly told CBS’s “Face of the Nation.”

“There’s bookings in place,” he said, “but those could easily be canceled. It’s really one day at a time.” Southwest Airlines has already received $3.2 billion in federal aid, and Kelly said he’s applied for another government loan but, “we don’t know if we’ll take it.”

“I think that we’ve got what we need to see our way through,” he said.

Not everyone is so optimistic: Billionaire investor Warren Buffet announced on Saturday he was selling all of his stocks in airlines, including his 10% stake in Southwest Airlines. —Annie Nova

11:37 am: The space industry is entering at least ‘a year and a half slog’ due to coronavirus, says Rocket Lab CEO

Many companies in the space industry have seen operations grind to a crawl in the past two months because of the coronavirus crisis. Rocket Lab CEO Peter Beck told CNBC that this is only the “early days” of the crisis for an industry that saw a boom time over the past decade.

While he remains hopeful that some creative and well-funded companies may continue pushing forward, Beck warned, “This is a year-and-a-half slog, maybe even longer.” Beck is one of the most experienced leaders among the latest generation of space ventures, having built Rocket Lab into a multifaceted company. —Melodie Warner

Gilead Sciences‘ remdesivir drug will be in the hands of coronavirus patients as early as this week, the biotechnology company’s CEO said Sunday.

“We’ve donated the entire supply that we have within our supply chain and we did that because we acknowledge and recognize the human suffering, the human need here, and want to make sure nothing gets in the way of this getting to patients,” Gilead Science CEO Daniel O’Day told CBS’s “Face of the Nation.”

Preliminary results from Gilead’s own study showed at least 50% of the coronavirus patients treated with a five-day dosage of remdesivir improved. The Food and Drug Administration on Friday granted emergency use authorization for remdesivir to treat Covid-19, the disease caused by the coronavirus. —Melodie Warner

11:06 am: Online schools get their chance to shine as traditional college campuses shut down

Online schools typically serve older students who are balancing work and family responsibilities. Now, these schools are attracting a wider audience, including recent high-school graduates who would have gone to a traditional four-year institution, pre-pandemic.

Online colleges have made great strides in their remote learning offerings over the last decade, while other schools are now struggling to get up to speed. Online schools have additional advantages, such as price, as well as shorter sessions, which allow students to begin sooner and finish faster. —Melodie Warner

10:37 am: Kudlow doesn’t commit to third round of funding for PPP small business loans

Larry Kudlow, director of the U.S. National Economic Council, speaks to members of the media at the White House in Washington, D.C., U.S., on Monday, April 6, 2020.

National Economic Council Director Larry Kudlow said the White House has made no decision on providing further funding for the emergency loan program for small businesses impacted by the coronavirus pandemic.

Asked by CNN’s Jake Tapper on “State of the Union” whether a third round of funding is needed, Kudlow said “it may be” but did not commit to more assistance for PPP or funding for state and local governments.

The initial $349 billion for the Paycheck Protection Program in the $2.2 trillion stimulus package passed in March was exhausted in a matter of days. The second round of the program, launched last Monday,  has so far provided loans worth more than $175 billion out of the total $310 billion Congress authorized in the latest relief package. —Melodie Warner

More than 80 million American households still have cable or satellite television and are paying for live televised sports they haven’t received for almost two months. About $20 of a standard monthly cable bill can be attributed to paying for sports, and New York Attorney General Letitia James argued this week that Americans shouldn’t be forced to pay that money.

Cable executives may be willing to give refunds to customers, but only if the programmers that they pay for sports give them refunds. If sports seasons are completely canceled, it’s possible the leagues will refund programmers for TV fees. In that case, programmers would likely refund distributors and those distributors would credit consumers. —Melodie Warner

9:44 am: Small towns and rural hospitals could be weeks away from their coronavirus peak

Men look at cattle at a stockyard in Lexington, Nebraska, U.S., on Friday, April 24, 2020. Nebraska businesses that have laid off workers during the coronavirus crisis could be forced to repay tax credits and other incentives they have received through the states main business-incentive program, the state Department of Revenue said.

Hospitalizations related to Covid-19 have started to decelerate in some cities, yet it could take the virus weeks to peak in more rural communities across the U.S., health officials warn. The virus also has the potential to be more deadly in many rural communities where a larger portion of the population are older and have underlying health conditions like obesity and diabetes that could put them at risk of serious illness or death.

It took less than three weeks for Hall County to become Nebraska’s biggest hot spot of Covid-19 cases. The area reported its first case of coronavirus in late March, just as the outbreak was surging, and now has more than 1,000 cases of Covid-19 as of Friday. —Melodie Warner

Vietnam reported its first confirmed coronavirus case in nine days on Sunday, bringing its reported positive cases to 271, its health ministry said. Vietnam is said to have implemented strict quarantine and contact tracing measures early on in the course of the pandemic, quarantining towns with suspected cases as early as February, using the help of the military and public surveillance. The country has reported no coronavirus deaths.

6:00 am: Roche expects to make more than 100 million antibody tests monthly by end of this year

A photo showing the logo of Swiss pharmaceutical giant Roche in Basel.

Swiss drugmaker Roche said on Sunday it expects to be able to produce “significantly more” than 100 million of its new antibody tests monthly by the end of 2020, doubling its current production.

Roche earlier on Sunday received an emergency use authorization from the U.S. Food and Drug Administration approving its test, which relies on taking intravenous blood samples to identify whether someone has previously been infected with the coronavirus and whether they have the antibodies to defend against it.

Roche said its Elecsys Anti-SARS-CoV-2 antibody test has a specificity greater than 99.8%, meaning very few false-positive tests, and that it can help assess people’s immune response to the virus. The company said it has already started shipping the new antibody test to top laboratories globally.

Warren Buffett gave airlines another go. Coronavirus was a problem he couldn't stomach

Sun May 3 , 2020
Warren Buffett, chairman and chief executive officer of Berkshire Hathaway Inc., speaks during the virtual Berkshire Hathaway annual shareholders meeting seen on a laptop computer in Arlington, Virginia, U.S., on Saturday, May 2, 2020. Bloomberg A 95% plunge in passengers. Billions in losses. A rush for new debt. A recovery […] 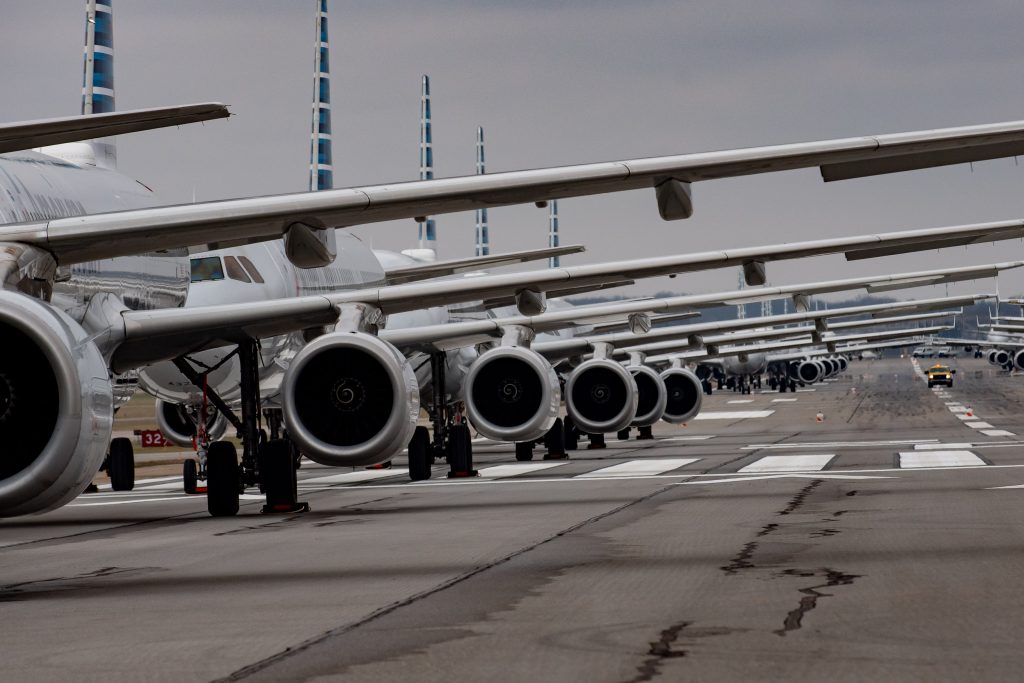