A Chinese woman wears a protective mask as she walks in a nearly empty and shuttered commercial street on February 7, 2020 in Beijing, China.

There’s no need for citizens to panic buy household items, Singapore’s trade minister Chan Chun Sing said in a Facebook post. He said the ministry is “close contact with our retailers and I assure all Singaporeans that there is no need to rush for essential supplies like rice or instant noodles.”

After Singapore raised its alert level, images began to surface online of long lines and some empty shelves at supermarkets.

“Our supply lines for these essentials are intact and there is no risk of us running a shortage of essential food or household items. We also have our national stockpile for essential items,” Chan said.

He also asked people to refrain from hoarding unnecessarily, saying “This will create undue panic and is unhelpful to the situation at hand.” —Wang

10:16 am: Japan says 3 more people who were on cruise ship test positive

Japan’s health ministry confirmed that another three people have tested positive for the new coronavirus. The government said the total cases found on the Diamond Princess cruise ship is now 64, out of 279 people tested for the virus.

Kyodo News reported, citing the health ministry, that the three new cases include two Americans and one Chinese national. —Wang

UPDATE: This entry has been updated with the latest information from Japan’s health ministry.

10:08 am: Toyota to extend plant closures in China

Toyota Motor confirmed to CNBC it plans to extend the shutdown of its plants in China for at least another week, however it is preparing to restart production after that.

“The safety and security of our team members, suppliers and stakeholders continues to be our top priority,” the company said in an emailed statement. “For the week of Feb. 10, all plants in China will start preparing to resume operations from the following week and beyond. We will continue to evaluate the situation.”

Toyota, according to China newspaper Nikkei, which first reported the extension, had planned to restart operations at its four Chinese plants as early as Feb. 10. —Wayland

8:30 am: Lockheed Martin drops out of Singapore Airshow

On Friday, Singapore’s authorities raised its virus alert level to orange, up from yellow, as new cases show the deadly pneumonia-like virus spreading. It is the same alert level as the one declared during the SARS outbreak of 2003. It is one below the highest alert level of red, which would indicate the virus is spreading widely. —Wang and Meredith with Reuters

China’s National Health Commission said there were an additional 86 deaths and 3,399 new confirmed cases in the country as of the end of Friday. That brings the total cases in mainland China to 34,546 as the death toll rises to 722, the government said. —Wang

6:30 am: Pace of new cases in China’s Hubei picks up again

The number of deaths in China’s central Hubei province from a coronavirus outbreak had risen by 81 to 699, the province’s health commission said in a statement on its website. There had been a further 2,841 cases detected in Hubei, the epicenter of the outbreak, taking the total in the province to 24,953. The World Health Organization earlier said it was encouraged by a slowing pace of new cases over the past two days, however, this latest data reverses that trend. —Cheddar Berk with Reuters

Yardeni Research President Edward Yardeni said the U.S. economy was showing signs of improvement before the deadly pneumonia-like virus started making headlines. The longer this situation persists the more likely the event could weigh on stocks, possibly sparking a correction, Yardeni said. He said he would keep new cash on the sidelines until there is more clarity around the spread of the illness. The Dow Jones Industrial Average closed 277.26 points lower, or nearly 1%, to 29,102.51. The S&P 500 dipped 0.5% to 3,327.71. The Nasdaq Composite also slid 0.5% to close at 9,520.51. Those losses snapped a four-day winning streak for the major average. —Cheddar Berk, Imbert

Norwegian Cruises imposed the strictest measures yet to prevent coronavirus. It said, “Any guest that holds a Chinese, Hong Kong, or Macau passport, will be unable to board any of our ships, regardless of residency.” The company also announced that anyone who has traveled to mainland China or even visited an airport in the country in the 30 days prior to their cruise departure will not be allowed on the ship. The decision comes as several cruise ships around the world endure coronavirus outbreaks and scares. — Feuer

Sanders takes aim at Buttigieg ahead of the debate 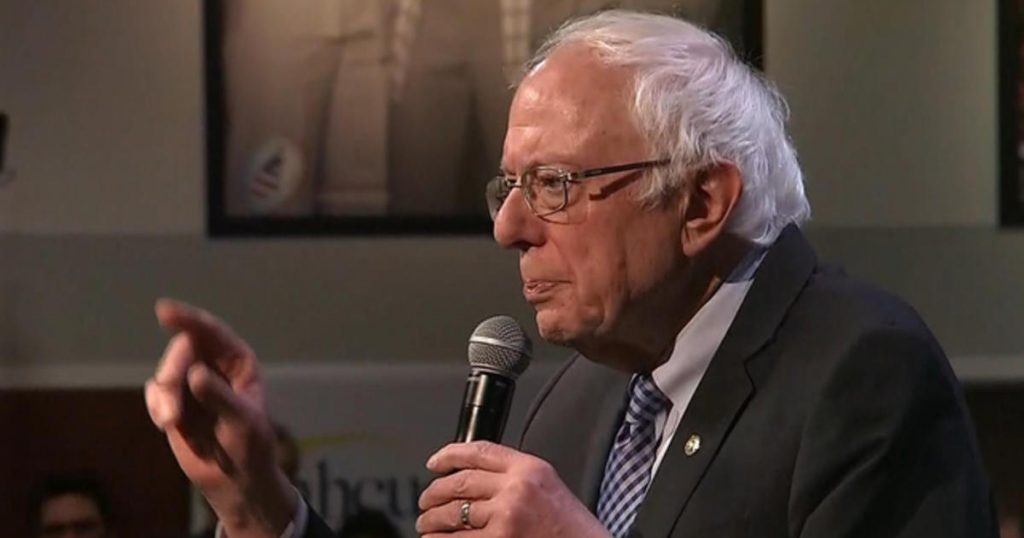