The data above was compiled by Johns Hopkins University as of 8:25 a.m. Beijing time.

2:14 pm: ‘This is still the first half of the marathon,’ Singapore minister says of the country’s outbreak

Singapore, where the number of coronavirus infections have surged in recent weeks, could still report high numbers of new cases for some time, said Minister for National Development Lawrence Wong.

The country is carrying out “extensive testing” among migrant workers living in dormitories, said Wong, who co-heads a task force to manage the outbreak in Singapore. Cases found there were behind the jump in new infections over the last one month.

The minister acknowledged that some safeguards in those dormitories “were not sufficient.” — Yen Nee Lee

A private survey that tracks India’s services activity recorded “an extreme decline” last month following a nationwide lockdown to curb the spread of the coronavirus.

The IHS Markit India Services Business Activity Index came in at 5.4 in April — markedly lower than a Reuters poll forecast of 40, and the previous month’s 49.3, according to a statement by IHS Markit. A reading above 50 indicates expansion, while below 50 represents contraction.

“According to panellists, activity fell severely as a result of the nationwide lockdown, leading businesses to shut down their operations as demand collapsed,” the statement read. — Yen Nee Lee

Germany reported 947 new coronavirus infections, taking its tally of confirmed cases to 164,807, according to the latest data by the Robert Koch Institute, a federal government agency responsible for disease monitoring and prevention.

China has recorded 115 million tourist trips domestically from May 1 to May 5 that brought 47.56 billion yuan (around $6.7 billion) in revenue, the Ministry of Culture and Tourism said. Revenue fell nearly 60% from last year’s Labor Day holiday in China, which was one day shorter.

China’s Forbidden City in Beijing reopened to visitors at the start of this month after being closed since January due to the virus outbreak. The museum received about 5,000 visitors a day during the holiday, according to state media. Activities have resumed in the world’s second-largest economy where the number of daily reported cases has dwindled. — Evelyn Cheng

New Zealand’s health ministry said as of 9 a.m. local time on Wednesday, one person was confirmed to have Covid-19 and another person was a probable case. The country also reported its 21st death.

Cumulatively, New Zealand reported 1,488 confirmed and probable cases. The country eased some restrictions in recent weeks as the number of new infections slowed.

10:08 am: The pandemic has pummeled global travel – 5 charts show how

While all sectors are feeling the effects of a drastic slowdown in global economic activities, the travel and tourism industries are struggling with a multitude of challenges. Lockdown measures have kept people at home during some of the peak seasons for traveling, shelving travel plans globally.

Since the outbreak, more than 200 countries and territories have enacted measures to restrict and deter travel in an attempt to limit the spread of the virus, according to a report by the United Nations World Tourism Organization.

Those measures include border closures, flight suspensions, and mandatory quarantine requirements. That has caused some airlines and hotels to run into financial difficulties, and millions of people to lose their jobs.

China’s National Health Commission attributed the two new confirmed cases to travelers from overseas and said another 20 people were asymptomatic. No new deaths were reported.

In total, China reported 82,883 confirmed cases and 4,633 deaths. The virus was first reported in Wuhan, a city in the Hubei province, late last year before it spread rapidly. — Saheli Roy Choudhury

8:20 am: Trump says ‘there’ll be more death’ from coronavirus

U.S. President Donald Trump acknowledged that reopening parts of the country would inevitably cost some Americans their lives. But he argued that the benefits outweighed the costs.

“It’s possible there will be some [deaths] because you won’t be locked into an apartment or house or whatever it is,” Trump told ABC’s David Muir in a rare network news interview. “But at the same time, we’re going to practice social distancing, we’re going to be washing hands, we’re going to be doing a lot of the things that we’ve learned to do over the last period of time.”

Donald Trump speaks as he departs the White House, on May 5, 2020, in Washington, DC en route to Arizona, where he will tour a mask factory and hold a roundtable on Native American issues.

8:18 am: Argentina secures $4 billion loan from the Development Bank of Latin America

Argentina has secured $4 billion from the Development Bank of Latin America to finance efforts tackling the economic impact of the disease outbreak, Reuters reported.

The funds will be distributed over four years, Reuters said, adding that the bank expects to invest $900 million in Argentina this year.

Hopkins data showed infection cases in the South American country are above 4,800 and at least 262 people are dead. — Saheli Roy Choudhury

8:11 am: Indian banks are anticipating more bad loans and that could delay economy recovery

India has been in a national lockdown since late-March that has now been extended twice. With economic activity drastically lowered, there is a growing fear that daily wage earners and small business owners may not have the financial strength to weather the lockdown — there’s anticipation that they may default on their loans.

One expert told CNBC that banks and non-bank lenders are going to be more cautious from now on about whom they lend money to. If people who need loans are unable to get them, it could potentially delay India’s economic recovery from the coronavirus crisis. — Saheli Roy Choudhury

More than 3.65 million people across the globe have now been infected and over 256,800 people have lost their lives, according to data from Johns Hopkins University. In fact, some countries are saying their daily case numbers are not slowing down.

The United States is the worst-affected nation where the death toll has crossed 71,000 with over 1.2 million confirmed cases thus far, Hopkins data showed.

Wed May 6 , 2020
New Zealand has already allowed people to expand their social bubbles to contact with close family outside their own households. Philippe Beyer/EyeEm/Getty Images As more countries look to lift their coronavirus lockdowns, “social bubbles” have been floated as an idea of how to ease restrictions, but experts say they could […] 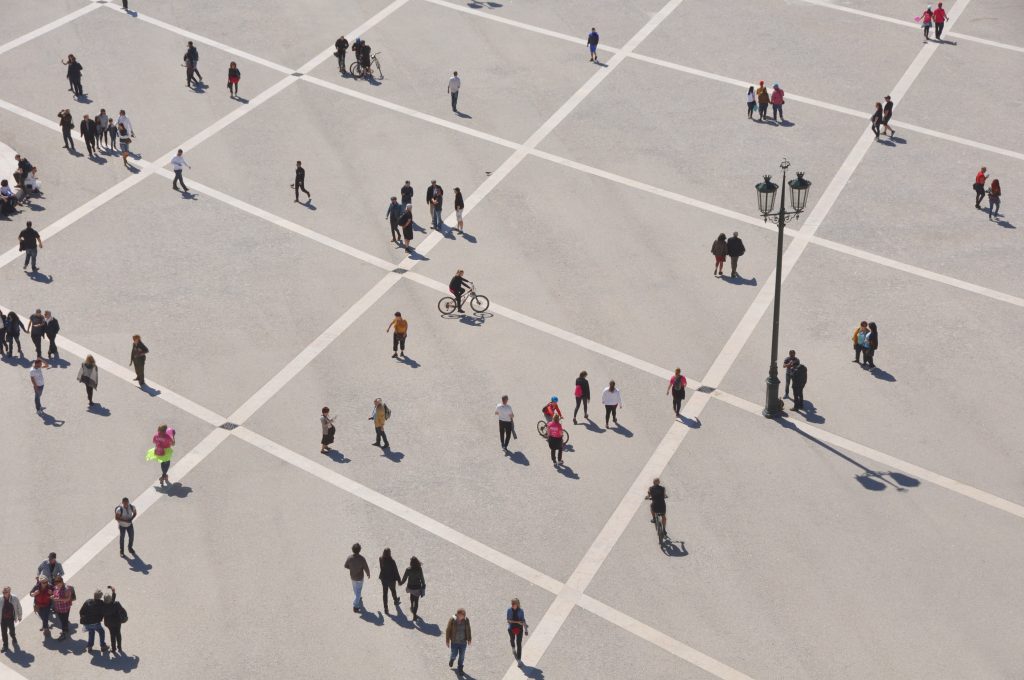