Carnival’s Princess Cruises is compensating its crew and more than 2,600 passengers quarantined on a ship off the coast of Japan as an outbreak of the new coronavirus that’s ravaged mainland China spreads among those aboard. The company has offered guests a second cruise for free as well as a full refund for the current cruise, including the cost of onshore excursions and tips paid to staff, adding that it will cover the costs of of the gratuities.For the crew, the company, which faces mounting scrutiny for its treatment of crew members on board, is offering the crew two paid months of vacation, the company confirmed to CNBC. –Feuer

12:45 World Health Organization to provide an update on the coronavirus outbreak

World Health Organization officials are holding a press conference at 1 pm ET to update the public on the coronavirus outbreak, which has killed more people than SARS. Watch it live here. -Feuer

IMF Managing Director Kristalina Georgieva told CNBC’s Sara Eisen on Wednesday the new coronavirus that started in China is “clearly more impactful” on the world economy than the 2002-2003 SARS epidemic. “China was different [then], the world was different,” said Georgieva, in an interview with Ivanka Trump from a State Department event on economic empowerment for women. During the SARS outbreak, China was only 8% of the global economy, Georgieva pointed out. “Today, China manufactures 28%, with possible impact through value chains on other countries.” — Belvedere

11:50 am: CDC prepares for community outbreaks in US

The Centers for Disease Control and Prevention is preparing for the coronavirus, named COVID-19, to “take a foothold in the U.S.,” Dr. Nancy Messonnier, director of the CDC’s National Center for Immunization and Respiratory Diseases, told reporters. “At some point, we are likely to see community spread in the U.S. or in other countries,” said Messonnier. “This will trigger a change in our response strategy.” — Lovelace

11:42 am: Fed Chairman Powell says economists should soon see whether the outbreak has impacted U.S. growth

Federal Reserve Chairman Jerome Powell said the impact from the coronavirus in the U.S. will start showing up in “economic data coming up fairly soon.” He told a Senate panel it was “too uncertain to even speculate about what the level of that will be, and whether it will be persistent, or whether it will lead to a material change in the outlook. But we do expect that there will be some effects.” Powell said the impact will be “substantial” in China, “important but maybe less substantial in their immediate trading partners. And we’ll be looking at the economic data.” — Franck

A woman wearing a mask is seen as the country is hit by an outbreak of the novel coronavirus in Shanghai, China February 10, 2020.

Boeing warned that the outbreak could hurt aircraft deliveries in the first quarter of the year, as traffic in Asia slows sharply because of the epidemic. A day earlier, Boeing reported no new aircraft orders and said it delivered just 13 planes in January. More than 85,000 flights to, from and within China — equal to more than a third of scheduled flights — have been canceled between Jan. 23 and Feb. 11, aviation consulting firm Cirium said Wednesday. “I can certainly see that impacting, as a result of the traffic, impacting some near-term, first-quarter deliveries for a lot of us,” Boeing’s CFO Greg Smith told a Cowen investor conference. — Josephs

10:49 am: US Army secretary offers help to China

The U.S. Army is fully prepared to help China combat the deadly coronavirus that’s spread across the country, Army Secretary Ryan McCarthy told CNBC’s “Squawk on the Street.” “The U.S. Army is built for this,” he said. “When we’re called, we’ll be locked and loaded to respond.” China has brushed aside help from global forces to stop the virus, including offers from the Centers for Disease Control and Prevention and the World Health Organization. — Bursztynsky

9:55 am: Carnival says earnings could take a big hit if it has to halt Asia operations

Carnival Cruise Lines said the coronavirus epidemic could dent earnings this year by as much as 65 cents per share if the cruise line is forced to suspend Asia operations. “While not currently planned, if the company had to suspend all of its operations in Asia through the end of April, this would impact its fiscal 2020 financial performance by 55 cents to 65 cents per share, which includes guest compensation,” the company said in a statement. — Fitzgerald

9:18 am: Gucci owner closed half its stores in mainland China

Gucci owner Kering initially had strong sales in January but saw a steep drop at the end of the month because of the coronavirus, executives said on its fourth-quarter earnings call. The luxury-goods maker changed inventory distribution and production schedules because of lower demand and reduced customer traffic in China. The company, which also owns Balenciaga and Saint Laurent, closed half its stores in mainland China and its open locations have reduced hours. — Miller

The global air cargo industry is unlikely to grow this year because of the challenges in the China market due to the coronavirus, a senior executive at Boeing said. The coronavirus crisis has dimmed hopes of a rebound for air cargo after its worst year in the decade since the financial crisis, the International Air Transport Association, a group of 280 global airlines, said last week. Travel restrictions to and from China and a more than two-thirds drop in capacity offered by Chinese airlines will hit airline revenues, said Ihssane Mounir, the planemaker’s senior vice president of commercial sales and marketing. “China has reduced capacity by 70%; that is money, that is revenue,” he told reporters at the Singapore Airshow, whose attendance has been sharply reduced as dozens of companies stayed away due to concerns about the virus. — Reuters

Two passengers aboard the quarantined Princess Cruises ship that’s docked in Japan told CNBC’s “Squawk Box” that containment measures to prevent the new coronavirus from spreading have failed. Gay Courter said many passengers on the ship, including her husband, Phil, and herself, haven’t been tested for the deadly virus outside of initial temperature taking. “We take our temperature once a day, voluntarily,” Phil Courter said. “We are supposed to call if our temperature goes higher than the standard they’ve set. But that’s voluntary, there’s nobody checking on anybody. Frankly, it’s terrifying,” he added. — Bursztynsky

OPEC has dramatically lowered its forecast for oil demand growth this year, citing China’s coronavirus outbreak as the “major factor” behind its decision. In a closely-watched monthly report published Wednesday, the Middle East-dominated producer group downwardly revised its outlook for global oil demand growth to 990,000 barrels per day in 2020. That’s down by 230,000 bpd from the previous month’s estimate. The amended forecast is likely to reinforce the case for OPEC and allied non-OPEC producers, including Russia, to impose additional output cuts sooner rather than later. “The impact of the Coronavirus outbreak on China’s economy has added to the uncertainties surrounding global economic growth in 2020, and by extension global oil demand growth in 2020,” OPEC said in the report. — Meredith

Another 39 people have tested positive for the coronavirus on the Diamond Princess cruise ship quarantined in Japan, with one quarantine officer also infected, bringing the total to 175, the health ministry said. About 3,700 people are on board the cruise ship, which usually has a crew of 1,100 and a passenger capacity of 2,670. Health Minister Katsunobu Kato said in parliament that he wanted to expand testing to all passengers and crew on board, and that authorities could muster resources to do more than 1,000 tests a day, according to national broadcaster NHK. The British-flagged Diamond Princess is managed by Princess Cruise Lines, one of the world’s largest cruise lines and a unit of Carnival Corp. — Reuters

Medical workers inspect the CT (computed tomography) scan image of a patient at the Zhongnan Hospital of Wuhan University following an outbreak of the new coronavirus in Wuhan, Hubei province, China February 2, 2020.

Formula One’s Chinese Grand Prix has been postponed due to the recent outbreak of coronavirus in the country, the organiaers said. The FIA and Formula One said in a statement that they had jointly decided to
postpone the race, which was scheduled for April 19 at the Shanghai International Circuit. “As a result of continued health concerns and with the World Health Organisation declaring the coronavirus as a global health emergency, the FIA and Formula 1 have taken these measures,” the two bodies said. — Reuters

7:10 am: Cruise ship stranded at sea reportedly allowed to dock in Cambodia

A cruise ship that had been turned away from a number of different countries over fears someone on board might be infected with the coronavirus has received permission to dock in Cambodia, Reuters reported Wednesday, citing the Holland America Line. The MS Westerdam cruise ship, which is reported to have 1,455 passengers and 802 crew members on board, will dock in Cambodia to allow passengers to disembark. The ship, which has said it does not have any sick passengers, had been turned away from Japan, the Philippines, Taiwan, Thailand and the island territory of Guam.

6:30 am: Singapore’s United Overseas Bank keeps $2.2 billion aside for firms hit by coronavirus

Singapore’s United Overseas Bank has allocated 3 billion Singapore dollars ($2.2 billion) to provide businesses in the city-state with relief assistance as China’s coronavirus continues to spread internationally. “In the face of the likely economic fallout and its impact on industries and businesses, UOB sees the need to help its corporate clients, in particular the SMEs (small-and-medium enterprises), in addressing their near-term liquidity needs,” the bank said in a statement, Reuters reported Wednesday.

Wed Feb 12 , 2020
Nikki Lewis, co-founder of BEVY, a bespoke matchmaking service in New York and California, discusses the historical traditions surrounding the holiday. History remembers him as King Edward VII, but during the 60 years that Prince Albert Edward waited to succeed Queen Victoria on the British throne, he was better known […] 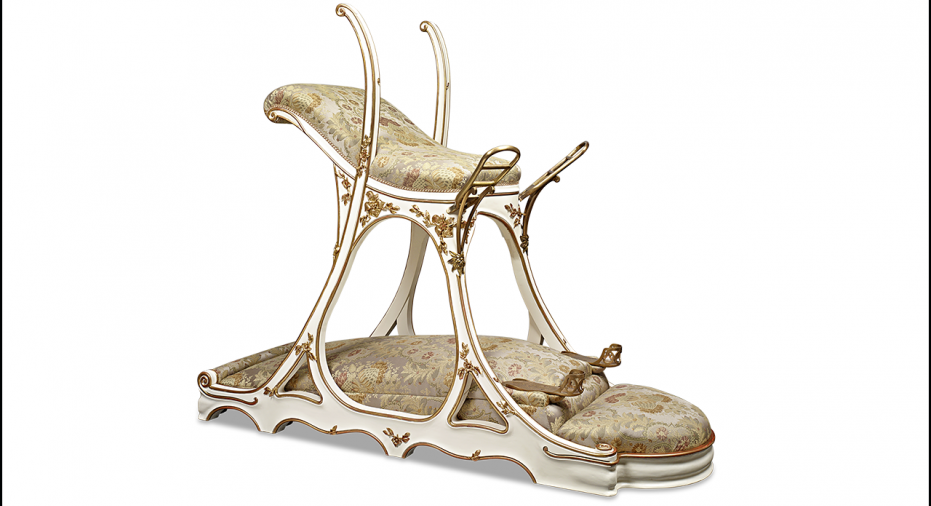