A voter gets up after filling out her ballot at a back porch polling place in Dover, Oklahoma U.S., November 3, 2020. REUTERS/Nick Oxford

(Reuters) – A third of U.S. voters listed the economy as the issue that mattered most to them when deciding their choice for president while two out of 10 cited COVID-19, according to an Edison Research exit poll on Tuesday.

The coronavirus has infected more than 9.4 million people in the United States this year and killed more than 230,000.

Other issues that were top of mind for voters include racial inequality, crime and safety and healthcare policy.

Democrats favored to win control of U.S. Senate, but results may be delayed 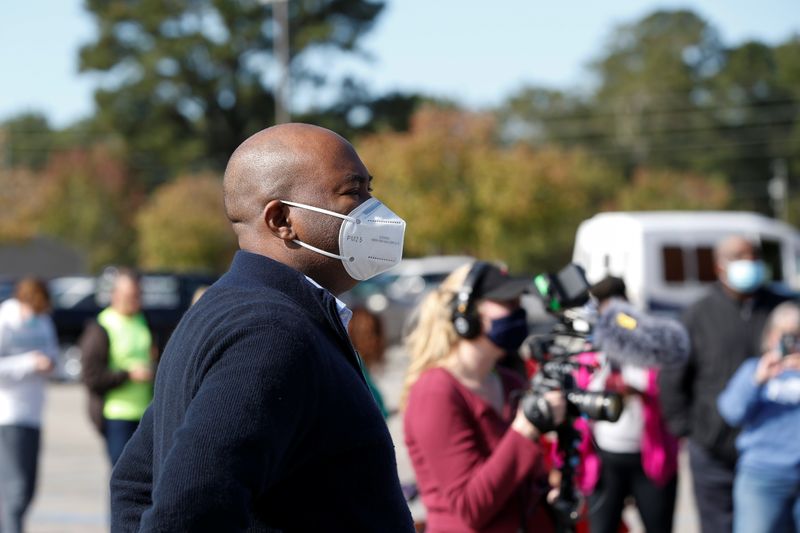