Economic activity boomed to start 2021, as widespread vaccinations and more fuel from government spending helped get the U.S. closer to where it was before the Covid-19 pandemic struck, the Commerce Department reported Thursday.

Gross domestic product, the sum of all goods and services produced in the economy, jumped 6.4% for the first three months of the year on an annualized basis. Outside of the reopening-fueled third-quarter surge last year, it was the best period for GDP since the third quarter of 2003.

“This signals the economy is off and running and it will be a boom-like year,” said Mark Zandi chief economist at Moody’s Analytics. “Obviously, the American consumer is powering the train and businesses are investing strongly.”

In a separate report Thursday, the Labor Department said initial jobless claims fell to a pandemic-era low last week, but the number was higher than expected.

The boost in GDP came across a spectrum of areas, including increased personal consumption, fixed residential and nonresidential investment and government spending. Declines in inventories and exports as well as an increase in imports subtracted from the gain.

Consumers, who account for 68.2% of the economy, accelerated spending by 10.7% in the quarter, compared with a 2.3% increase in the previous period. The expenditures were largely focused on goods, which increased 23.6%, but spending on services, which had been the missing link in the recovery, still grew by 4.6%.

On the goods side, spending exploded by 41.4% on durable goods like appliances and other long-lasting purchases.

Big consumer spending came thanks to another round of stimulus checks, this time for $1,400.

While the numbers indicated that many used the free money to spend, they also tucked a good portion of it away, as the savings rate soared to 21%, from 13% in Q4.

“With the elevated saving rate, households are still flush with cash and, now that restrictions are being eased as the vaccination program proves a success, that will allow them to boost spending on the worst-affected services, without needing to pull back too much on goods spending,” wrote Paul Ashworth, chief U.S. economist at Capital Economics.

Government expenditures and investment increased 6.3%, including a 13.9% rise at the federal level and a 1.7% gain from state and local entities.

Inventories declined sharply, having 2.64 percentage points off the top-line GDP gain, owing largely to spending in the U.S. outpacing much of the rest of the world. However, that slump in Q1 likely will only boost overall growth numbers later.

“The only real drag on the economy will continue to be trade, because the U.S. is way out ahead on the recovery than anywhere else in the world,” Zandi said. “We’re buying stuff and the rest of the world is still not quite there yet. Everything is firing on all cylinders, and we’re off and running.”

The latest numbers reflect an economy that has made major strides since the 2020 lockdown that sent more than 22 million American workers to the unemployment line and saw GDP plunge an unprecedented 31.4% in Q2 of 2020.

That was followed by a rebound of 33.4% in Q3. However, the Bureau of Economic Research still has not declared an end to the recession as GDP in total dollars has not passed its previous peak.

While about 14 million have returned to their jobs since then, the Federal Reserve estimates that some 8.4 million fewer hold jobs now than prior to the pandemic. The unemployment rate has tumbled from its high of 14.7% down to 6%, but that’s still well above the 3.5% in February 2020.

A separate report from the Labor Department showed that another 553,000 Americans filed first-time jobless claims last week. That marked another pandemic-era low but was above the Dow Jones estimate of 528,000. Continuing claims, which run a week behind, nudged higher to 3.67 million, while the total receiving benefits through all programs fell by nearly 850,000 to 16.6 million.

The struggles in the jobs market continue to fuel accommodative monetary policy.

The Fed on Wednesday noted that “indicators of economic activity and employment have turned up recently, although the sectors most adversely affected by the pandemic remain weak.”

Fed Chairman Jerome Powell said that while housing activity is above where it had been and other parts have recovered close to pre-pandemic levels, the recovery remains “uneven and far from complete.”

The rebound also is reflective of previously unheard of levels of policy stimulus both from the Fed and Congress.

On the fiscal side, Congress has allocated some $5.3 trillion toward enhanced unemployment compensation along with a variety of other spending programs that helped push the federal budget deficit to $1.7 trillion in the first half of fiscal 2021 and has sent the national debt soaring to $28.1 trillion. Congress also is considering a $1.8 trillion infrastructure plan from the White House.

The Fed also has come through, cutting its benchmark short-term borrowing rate to near zero and buying nearly $4 trillion worth of bonds, pushing its balance sheet to just shy of $8 trillion. 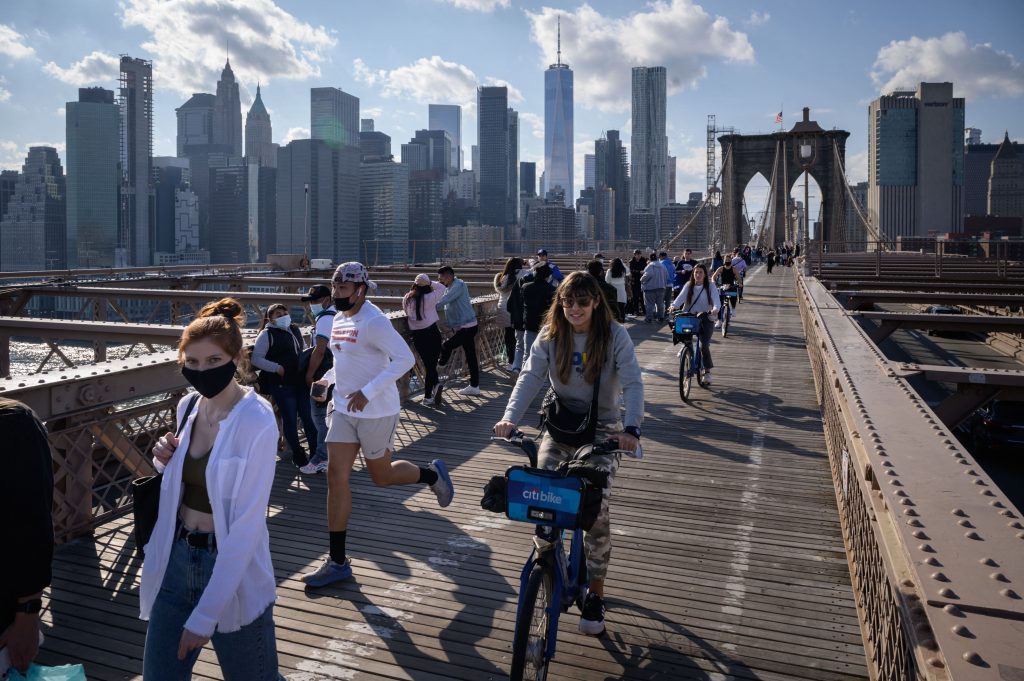