After an unorthodox drive-thru convention on Saturday, ex-Liberty University employee Bob Good claimed victory against Congressman Denver Riggleman. Riggleman is the third House incumbent to fall in their primary this cycle, as Good received 58% of the approximately 2,537 delegates who voted, beating the incumbent by about 500 votes.

In his first interview since the nominating convention, Riggleman told CBS News he is weighing the options on whether to challenge the results of what he called a “rigged convention process.”

“At some point, we really have to look at how these votes were actually counted and what the processes were,” Riggleman said. “For only 2,500 people to disenfranchise hundreds of thousands of people like this is really egregious.”

In response to Riggleman’s earlier claims of an improper election, Good responded “that’s what losers say” when the results were called early Sunday morning.

Saturday’s convention was held in the parking lot of Tree of Life Church in Lynchburg, Virginia, where registered delegates went through three steps and voted in their cars. Riggleman’s team appealed the convention’s location, noting the close proximity to Good’s homebase. But the district’s committee rejected it, and Melvin Adams, the district’s Republican committee chair, noted it was a location that has been used for a convention before.

Riggleman said he’ll be taking the next couple of days to decide his next steps, and has not endorsed or conceded to Good. A campaign staffer said there have been calls for him to run as an independent “from all over the district and the state,” but no final decision has been made yet.

“I’m new to politics, but I’m not new to life. And I know corruption when I see it. We fought against that pretty hard and to see how this ended in really a rigged convention, that was ludicrous,” Riggleman told CBS News.

Riggleman claimed Good had campaign staffers on the district committee that pushed for a convention over a primary. Adams said that while it is necessary for committee members to disclose any affiliations to a campaign, it does not require them to recuse themselves from committee votes.

“There are so many nuances, ‘if you’re going to restrict this then what about that?’ By the time you get done, well, then all the members of committees have to be detached from any campaigns or any active political engagement. That’s counter productive,” he told CBS News.

Riggleman won this seat in 2018 and had the endorsement of President Trump, who won the district by double digits in 2016. But he came close to being censured after he officiated a gay wedding between two former campaign volunteers.

Good used this issue of marriage equality, as well as abortion and immigration, to paint Riggleman as out of line with conservatives in the district. Good did not respond to CBS News for a comment on this story.

Democrats have argued that Good’s lack of name recognition, low fundraising numbers and views on social issues have put this district more at play. Riggleman agreed, and said Good’s hardline stances hurts any efforts to broaden the tent of the Republican party.

“I’m the only one who can win this district for the Republicans. The president knew that and a lot of other people knew that, too. Good’s just completely out of touch with the fifth district.” he said. “We want a Republican Party that stays out of our business, out of our pocketbooks, but also out of our bedrooms.”

Four Democrats will be in the primary for this seat that will be held on June 23: Entrepreneur and past 2018 primary candidate R.D. Huffstetler, local school board member John Lesinski, veteran Claire Russo and healthy policy instructor at the University of Virginia Cameron Webb. The last Democrat to win this seat was Tom S.P. Perriello in 2008.

Whether Good’s name will be on the November ballot is in the air, as it was revealed Friday afternoon he had not submitted the correct paperwork in time. The state’s Republican party sent a letter to their Board of Elections asking for an extension to be granted for Good’s case, as well as candidate Nick Freitas in Virginia’s 7th.

Good’s campaign said they were able to file the correct forms in the 10-day grace period and were confident they’d be on the ballot, though the State Board of Elections will make an ultimate call on the extension on July 7.

Witnesses to testify at Senate Judiciary Committee hearing on policing

Tue Jun 16 , 2020
On Tuesday the Senate Judiciary Committee will hold a hearing on police use of force and community relations. It comes as lawmakers on both sides of the aisle are working to advance competing proposals for police reform. They are hoping to reach a bipartisan deal following weeks of demonstrations demanding […] 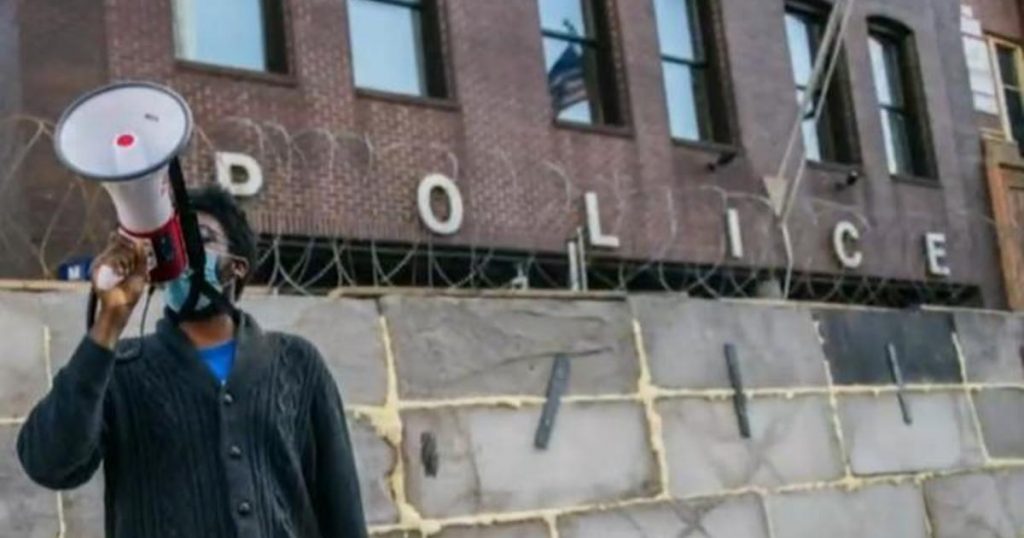