The U.S. House of Representatives overwhelmingly approved a long-delayed bill Friday to reauthorize the Federal Aviation Administration, after Republicans gave up on a plan to privatize air traffic control.

The bill was approved by a 393-to-13 vote and now moves to the U.S. Senate, which could take the issue up as early as next month.

Republicans in February conceded after months of effort that there was not enough support to move forward with a plan backed by Republican President Donald Trump to privatize the U.S. air traffic control system. The FAA has been operating on a series of short-term extensions since 2012.

House Speaker Paul Ryan said in a statement that the “long-term reauthorization brings the certainty our aviation industry needs to make important improvements.”

The bill includes new authority for the FAA to allow additional use of drones and a provision that would make it illegal for an airline to bump an already boarded passenger from a flight. In April 2017, a United Airlines passenger was forcibly removed from his seat, prompting public outrage and congressional hearings. The airline banned the practice.

The bill also requires large and medium-sized airports to provide private rooms in every terminal for nursing mothers.

Last June, Trump unveiled a plan to privatize air traffic control which he said would modernize the system and lower flying costs. Democrats contended it would hand control of a key asset to special interests and big airlines, and some Republicans opposed it.

The bill also includes a provision after a fatal Southwest accident prompted by an engine blowout last week to require regulators to take new steps to ensure airline engine safety and report to Congress.

The measure will bring airlines, manufacturers, regulators and others “together to share best practices and implement actions to address airline engine safety” and require a review of regulations, guidance, and directives related to airline engine operation.

The House bill does not include some provisions opposed by airlines.

Sat Apr 28 , 2018
WASHINGTON — President Donald Trump and Defense Secretary Jim Mattis spoke on Saturday with their South Korean counterparts after the historic meeting between leaders of the two Koreas. Mr. Trump also said in a tweet Saturday morning that “things are going very well” as he prepares for an expected summit […] 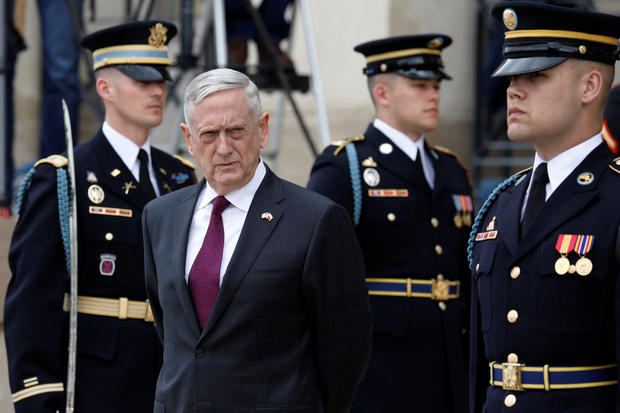