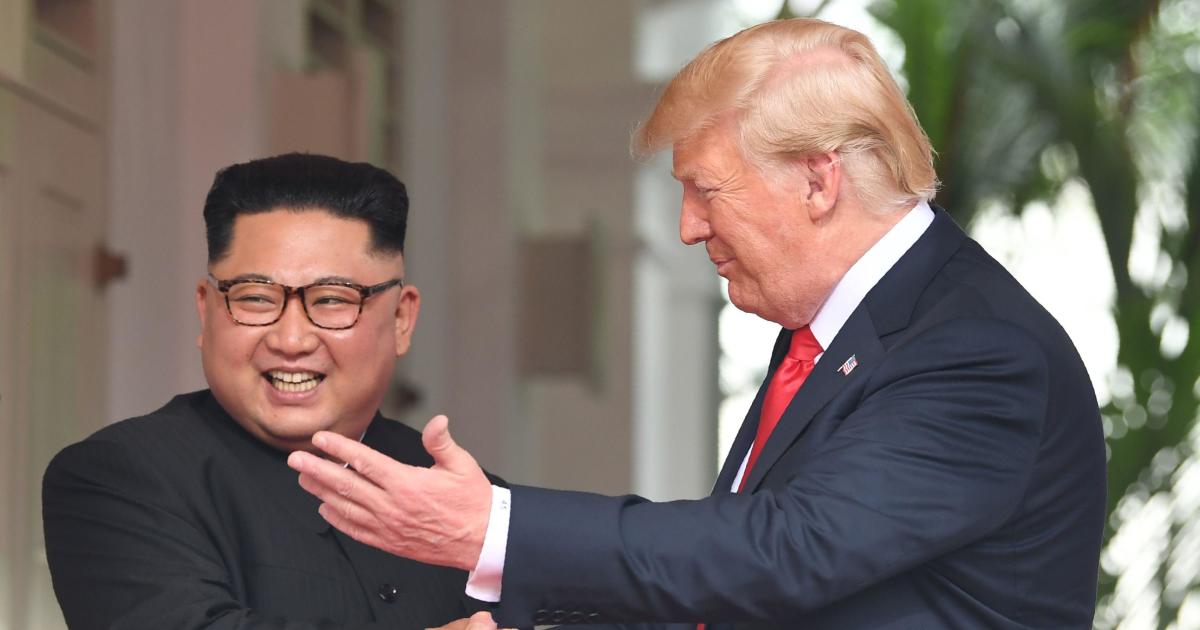 The Trump-Kim summit this week revealed yet again the depth of the intractable divide between two cultures who view each other only with distrust.

I’m talking here about the current state of the Republican Party, of course.

President Trump’s rising approval ratings over the past five months are a result of rising support in his own party. At his lowest point last year, Trump barely had the backing of 70 percent of his own party—a low no modern president has seen in his first year.

But since then, GOP voters have “come home,” as the political consultants put it and the hope has been that, as more Republicans unified behind Trump, they would leave behind the battle between #MAGA and #NeverTrump.

Alas, the North Korea summit has broken that divide wide open yet again.

Reading the reactions to Trump’s Singapore trip from the ideological Right and the populist Right, you’d think they were talking about two different events. The divide isn’t ideological—one side wanting Trump to hew more closely to conservative principles. It is cultural.

It’s the conservatives of National Review and the Weekly Standard magazines vs. the #MAGA populists of Twitter and talk radio. Their views of the outcome of the summit are diametrically opposed because they are looking for two different things.

For the Intellectual Right (aka “Never-Trump Pinheads,” as they’re lovingly known among my talk radio friends), Trump’s performance was, at worst, a world-class disaster and at best, a waste of time.

“It is disconcerting to watch the president’s eagerness to serve as a character witness to Kim Jong-un,” the Weekly Standard’s editor Stephen Hayes wrote. Mark Dubowitz of the Right-leaning Foundation for the Defense of Democracies tweeted out:

“Let’s all be honest. If Obama had conducted similar diplomacy in Singapore & Quebec, Republicans would be relentless & merciless in their criticism.”

Noah Rothman of Commentary Magazine was even more harsh. “What happened on Monday in Singapore was a disgrace,” he said. “America’s ultimate objective should be the total dissolution of the worst country on earth. Sadly, it seems for now as if this pomp and pageantry only made Kim Jong-un and his gangsters stronger.”

And in a piece entitled “A Summit About Nothing,” the Weekly Standard’s Korea watcher Ethan Epstein said “the most memorable thing to come out of the meeting was the sick imagery that accompanied it: Dennis Rodman weeping and the hideous totalitarian Kim Jong-un enjoying a free vacation to Singapore, with the media chasing after him like he was the reincarnation of both Diana and Dodi.”

“Hey,” Epstein concludes, “that’s show business.” And for many Trump supporters, “show business” is exactly what they want.

While traditional conservatives measure Trump by the substance of his negotiations and the resulting policies, his Trump-Train fans are judging him purely on style.

As Trump and Kim met for their handshake at 9 p.m. ET, conservative Twitter was full of the president’s fans gloating over the image on their TV screens. “Obama could never do this,” was a frequent refrain.  Former Congressman and major MAGA booster Allen West said, “Finally an American president who understands only tough actions bring about an attitude adjustment in the behavior of a bully.”

At the Washington Examiner, Trump-friendly journalist Byron York writes “Maybe Trump’s plan will work. Maybe it will work a little and not work a little. Or maybe it will fail altogether. But it’s the result of a president re-thinking a problem that desperately needed a new approach.” Trump supporters want to give him credit for the effort and take that home as a win.

For Trump’s base, the meeting itself—and the fact that Trump didn’t botch it by, say, accidently giving away part of Guam—is a victory in and of itself, because it was a win for them.

It was their president, looking presidential, and making history. And doing so in a way that, they believe, highlights their Trump-hating critics’ failures.  As Bill Mitchell, one of Trump’s best-known and most popular social media boosters tweeted out, “Trump deals from strength. Democrats deal from fear of loss.”

And moments later: “One small step for Trump, one giant leap for America.”

Trump’s trip, like Armstrong’s journey to the moon, was historic in and of itself.  Did it serve a broader purpose, bring the world closer to peace? Well, neither did the Apollo missions, but they made America feel great.

Conservative thought leaders may not like it, but for #MAGA Americans, that’s enough.

Wed Jun 13 , 2018
North Korea’s Kim Jong Un and President Donald Trump both celebrated Tuesday’s historic summit as a victory. But many experts see Kim, having won a substantial concession from the world’s largest economy while simultaneously gaining greater claims to legitimacy, as the real winner. Trump has been widely praised for calming […] 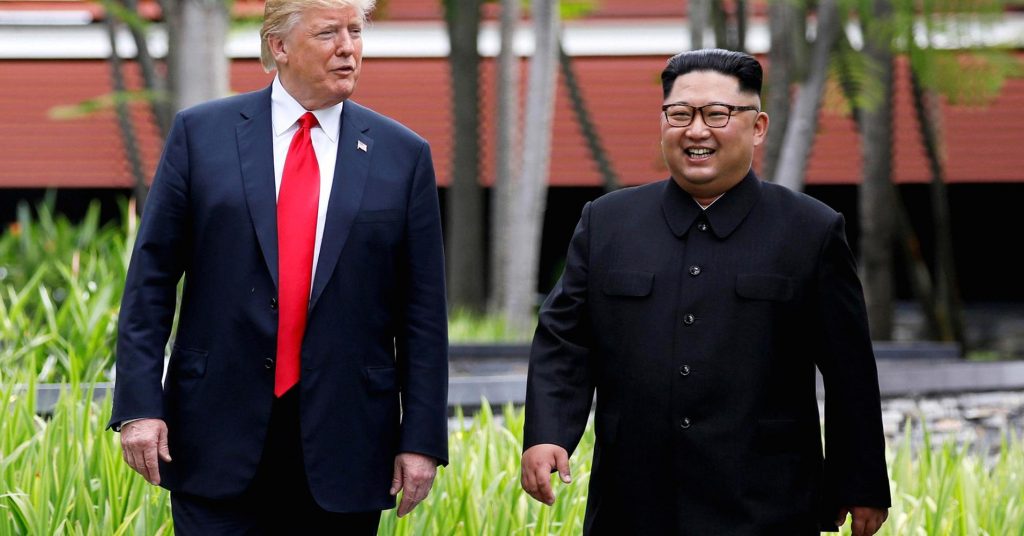