NEW YORK — There has been a startling increase in the number of weapons that students are getting inside of schools in New York City.

CBS New York reports the City Council is pressing NYPD officers for solutions in wake of a teenager’s death inside of a classroom.

“We have seen an increase in weapons and we certainly acknowledge that,” NYPD School Safety Chief Brian Conroy said at a hearing on Tuesday.

Weapons in the city’s schools have always been a concern. But Conroy’s testimony took on added significance after two students were stabbed, one fatally, at the Urban Assembly School for Wildlife Conservation.

“The ball was dropped in the case of the Wildlife Conservation school, and I wonder if the ball is being dropped elsewhere,” Bronx City Councilman James Vacca said.

Metal detectors were wheeled into the school the day after the stabbings occurred.

Conroy was forced to admit that this school year has seen a dramatic 35 percent increase in the number of weapons seized by safety officers – 746 from July 1 to Nov. 12, compared with 552 for the same period last year.

“We obviously take the recovery of weapons seriously,” he said.

Conroy admitted that not all weapons seizures resulted in students being arrested. Box cutters, for instance, did not. He told CBS New York a student’s outcome depends “on the type of knife” that is found in their possession.

Vacca said the city should be more proactive, not reactive.

How the military handles the remains of fallen troops

Wed Nov 22 , 2017
The discovery of additional remains of Sgt. La David Johnson, one of the four soldiers killed in an October ambush in Niger, drew renewed attention to the process of how the military transports the remains of deceased service members back to the United States and releases them to their family. […] 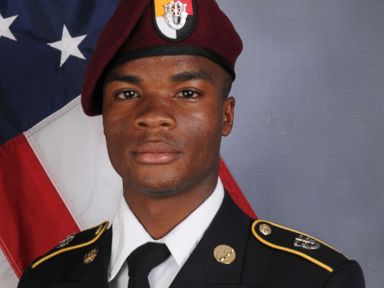