A view of the exterior of the Citibank corporate headquarters in New York, New York, U.S. May 20, 2015. REUTERS/Mike Segar/Files

By Imani Moise and Sweta Singh

(Reuters) – Citigroup Inc beat analysts’ estimates for quarterly profit on Monday, as a tight lid on costs and strength in consumer lending helped the third-largest U.S. bank counter weakness in its trading business.

Bank stocks have been falling in recent weeks amid concerns that their net interest margins, or the difference between what they pay on deposits and earn on loans, have been squeezed by falling interest rates. Citi’s interest margin declined slightly to 2.67% from 2.70% a year earlier and 2.72% in the first quarter of 2019.

Citi shares were down 2.3% in early trading. Other banks were also trading lower.

Citi continued to add loans and deposits in the most recent quarter, allaying concerns that a weaker economic outlook was hurting consumers’ ability to borrow.

Trading revenue remained challenged. Fixed-income trading fell 4%, excluding a gain from Citi’s investment in Tradeweb, while it declined 9% at its equities business.

Executives at leading U.S. banks had warned that trading revenue would be hit by a slump in client activity due to burgeoning trade tensions and uncertainties around Britain’s planned exit from the European Union.

“We navigated an uncertain environment successfully by executing our strategy, and by showing disciplined expense, credit and risk management,” Chief Executive Officer Michael Corbat said in a statement.

A key was that the bank was able to make more money from its lending activities during the quarter. Net interest income rose 2%.

Net income rose to $4.80 billion, or $1.95 per share, in the second quarter, from $4.50 billion, or $1.63 per share, a year earlier. The quarter included a one-time gain of 12 cents per share related to the investment in electronic trading company TradeWeb.

Analysts had expected a profit of $1.80 per share and revenue of $18.50 billion, according to IBES data from Refinitiv.

One of the broadest measures of performance improved dramatically as Citi posted a return on tangible common equity of 11.9%. up more than a percentage point from a year earlier.

Banks have been under pressure to cut costs as a weaker economic outlook raised concerns about revenue growth. Chief Financial Officer Mark Mason said earlier this year the bank has already accelerated some cost-cutting plans to cope with potential headwinds.

Citi’s per-share earnings have been propped up by a lower outstanding share count due to large stock buyback programs, but investors have been pressuring the bank to prove that it can grow profit organically. Share count declined 10% in the second quarter from a year earlier.

U.S. banks largely increased the amount of capital they plan to return to shareholders over the next year but Goldman Sachs analyst Richard Ramsden warned that this year might represent “peak returns” for many in the group.

(Reporting by Imani Moise in New York and Sweta Singh in Bengaluru; Editing by Sriraj Kalluvila and Nick Zieminski) 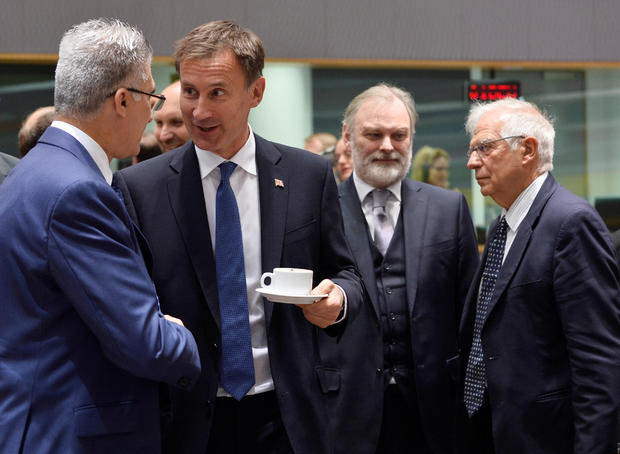