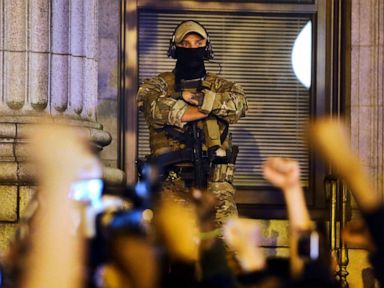 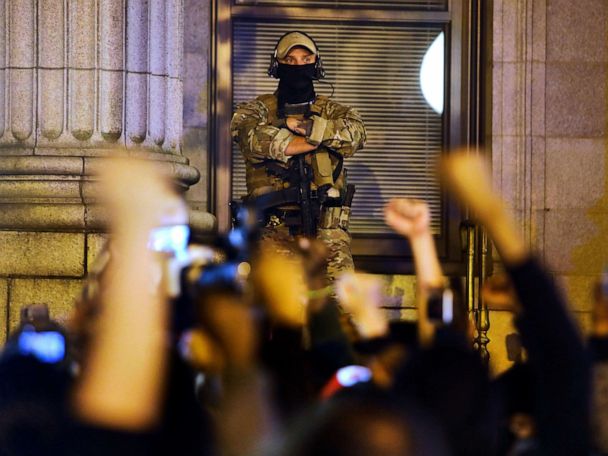 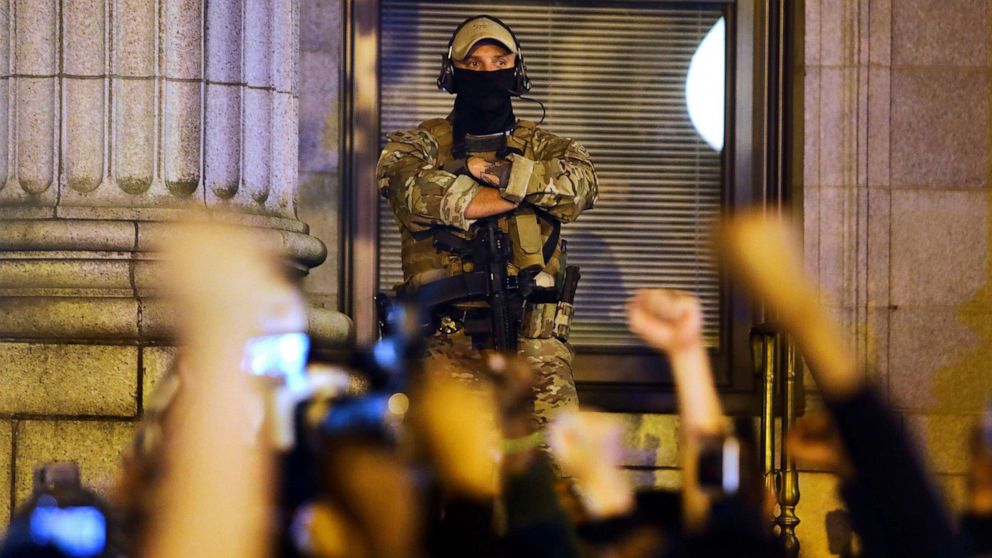 Police across the U.S. said they have received no credible threats.

As voters, most wearing face masks and braving the anxiety associated with a global pandemic, flocked to the polls on Election Day, some cities were bracing for the type of violence and looting that occurred earlier this year during protests that followed police-involved killings of Black Americans.

Beverly Hills has even called in a SWAT team from another community to be at the ready, officials said.

Stores along Rodeo Drive were seen with boarded up windows in the waning hours of the presidential election, with the mayor saying the street would be closed to vehicular traffic as an extra precaution.

In New York City, the sound of buzzsaws and hammers drowned out honking cars and sirens as work crews with truckloads of plywood swooped in. Along Fifth Avenue in Manhattan, near Trump Tower, workers spent Monday night boarding up the windows of some of the nation’s most expensive stores, including Bergdorf Goodman and Saks Fifth Avene and nearly every shop in Rockefeller Center.

During his daily press briefing, New York City Mayor Bill de Blasio said on Tuesday, “We do not have specific or credible threats.”

De Blasio said that while no major protests were scheduled for Tuesday night, he cautioned that the New York Police Department will be out in full force to facilitate peaceful protests and potentially thwart the types of looters and violent agitators seen in May and June after the police-involved death of George Floyd in Minneapolis.

“We will not allow any violence,” said de Blasio, adding that protesters should move away from any criminal activity and report it immediately. “The city’s ready — the NYPD is ready.”

NYPD officers were deployed on Tuesday to all 1,200 polling sites in New York City and officers will be out on the streets Tuesday night. Commissioner Dermot Shea called businesses boarding up “100% precautionary,” adding, “It’s hard to fault them with what we went through and what they see across the country.”

Meanwhile, Massachusetts Gov. Charlie Baker announced on Monday that he was activating the state’s National Guard to address potential unrest after Election Day. Oregon Gov. Kate Brown also put the National Guard on alert after declaring a state of emergency in the Portland area, which has been rocked by almost daily protests.

President Donald Trump tweeted Monday night that a U.S. Supreme Court decision allowing mail-in ballots in Pennsylvania to be counted up to three days after the election was “VERY dangerous” and that it “will allow rampant and unchecked cheating and will undermine our entire systems of laws. It will also induce violence in the streets. Something must be done!”

Temporary non-scalable fencing was installed around the White House perimeter on Monday in advance of potential protests. By Tuesday morning, the fence was plastered mostly with anti-Trump signs.

Additional fencing already has been erected around Lafayette Square, across Pennsylvania Avenue from the White House, the location of protests over racial equality in June.

Wed Nov 4 , 2020
NEW YORK — The murmurs spread quickly among the poll workers late Tuesday morning at a Brooklyn neighborhood station: George Floyd’s brother was present. A few came up to Terrence Floyd, whose brother George died at the hands of Minneapolis police, sparking protests for racial justice across the nation. “Keep […] 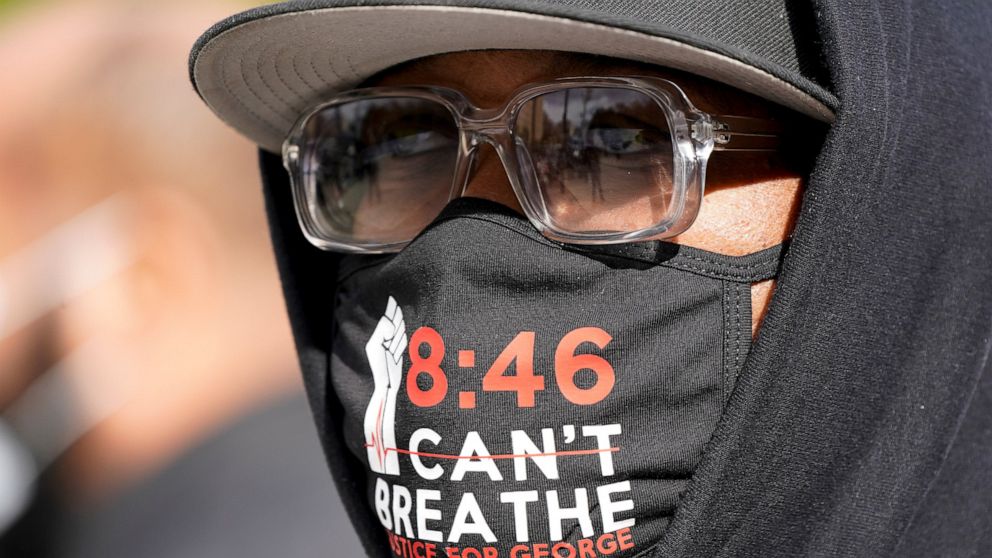