Gina Haspel, the CIA’s second in command, reportedly the White House she wanted to withdraw her nomination to lead the spy agency, unnamed senior U.S. officials told the Washington Post and NBC News, as her past support for enhanced interrogation techniques threatens to sink her approval in Congress.

Both NBC and The Post reported that Haspel told Trump administration officials that she would be willing to rescind her nomination if it resulted in an embarrassing Senate confirmation hearing, which is scheduled to take place this week.

She also told the White House she didn’t want a messy nomination process to damage the CIA, the publications reported. News of Haspel’s potential withdrawal was first reported by The Washington Post.

Alarmed by the prospect that Haspel might withdraw, White House aides, including press secretary Sarah Huckabee Sanders and legislative affairs director Marc Short, traveled to Haspel’s office at CIA headquarters on Friday evening to convince her not to withdraw, sources told NBC.

A 33-year veteran of the CIA, Haspel’s past oversight and approval of waterboarding during interrogations has garnered intense criticism from some lawmakers. Haspel was reportedly an enthusiastic supporter of the CIA’s interrogation practices, which were often used in the years following the 9/11 terrorist attacks on prisoners with suspected links to groups such as al-qaeda.

She also expressed concern for her own reputation, reportedly telling Trump administration officials that she didn’t want to be “the next Ronny Jackson,” according to The Post. Jackson, Trump’s physician, was nominated to be Veterans Affairs Secretary, but unfavorable reports of his behavior prompted him to rescind.

“She has always been somebody willing to step aside if it creates a problem…[but] she is committed to doing it,” a source told NBC. Sources say the president and Haspel have spoken this weekend and that Mr. Trump “is not looking to replace her.”

Sanders told the Post that she still has the president’s full support.

The Washington Post’s full report can be found on its website.

Pastor searches for owner of wedding dress lost in tornado

Sun May 6 , 2018
After a tornado ravaged his church, one pastor from Greensboro, North Carolina, is not dwelling on what he lost but, rather, what he found. After the April storm wreaked havoc on the town, Pastor Lester Woodard went to check on the damage at Living Hope Missionary Baptist Church. In the woods […] 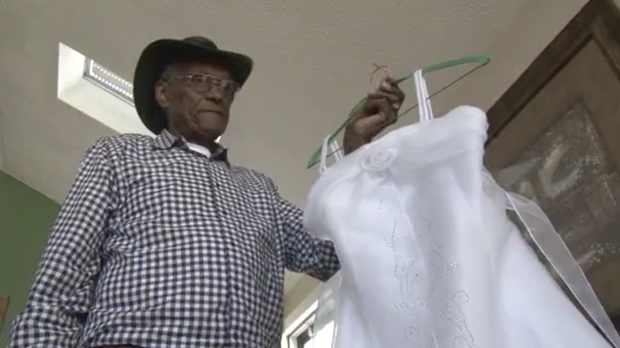