“Mr. Baffert’s record of testing failures threatens public confidence in thoroughbred racing and the reputation of the Kentucky Derby,” the CEO said.

“Given these repeated failures over the last year, including the increasingly extraordinary explanations, we firmly believe that asserting our rights to impose these measures is our duty and responsibility.”

Churchill Downs Inc. said it reserved the right to extend Baffert’s suspension “if there are additional violations in any racing jurisdiction.”

Baffert on May 9 revealed that Medina Spirit had tested positive for betamethasone, a steroid used for therapeutic purposes in horses, in a sample taken the day of its Derby win a week earlier. Baffert said 21 picograms of the drug were found in the sample.

The drug, typically used to treat pain and swelling in a horse’s joints, is legal for use in Kentucky.

But any trace of it on race day in the state is grounds for disqualification if a second test confirms it was in the blood on that day.

On Wednesday, lawyers for Medina Spirit’s owner, Amr Zedan, and Baffert announced that the second test of a blood sample had also found betamethasone.

Clark Brewster, the attorney for the Zedan, told CNBC that officials are allowing the Medina Spirit team to have another lab analyze a third sample from the horse.

That test, Brewster said, could determine whether there are chemicals that would support Baffert’s claim that the betamethasone may have come from a topical ointment known as Otomax, and not from an injection.

Brewster noted that picogram is just a trillionth of a gram.

“Hopefully they will make a reasonable judgment,” Brewster said, referring to the review of the drug test results by the Kentucky Horse Racing Commission.

“I think there will be unanimity on the subject that this is an infinitesimal amount that could not have affected the race,” the lawyer said.

Marty Irby, executive director of the advocacy group Animal Wellness Action, in a statement, said that Baffert’s suspension by Churchill Down was a “swift and meaningful action … but the penalty falls short of seeing justice and that track as well as others around the nation should consider a greater penalty for the trainer.”

“He’s sneered at weak penalties for doping violations again and again,” Irby said. “Baffert will only get the message with a long-term suspension from the sport.

“On the upside, it is comforting to know that Baffert will not be allowed to compete at the Kentucky Derby until after the Horseracing Integrity and Safety Act – that bans race day doping in the sport – has been implemented and taken full effect.”

Maryland racing officials in May allowed Medina Spirit and another Baffert-trained horse, Concert Tour, to enter the Preakness Stakes in Baltimore after getting what they called “a binding commitment” from Baffert for “full transparency of medical and testing results that will allow for all results to be released to the public.”

Medina Spirit finished third in the Preakness, the second leg of the Triple Crown, trailing behind the winner, Rombauer, and Midnight Bourbon. Concert Tour finished ninth.

Wed Jun 2 , 2021
Elon Musk brought electric vehicles into the mainstream with Tesla. Now the EV company is grappling with the consequences of its own innovation, former Ford Motor CEO Mark Fields told CNBC on Wednesday. “One of the many things he did is he pushed the industry toward taking EV seriously,” Fields […] 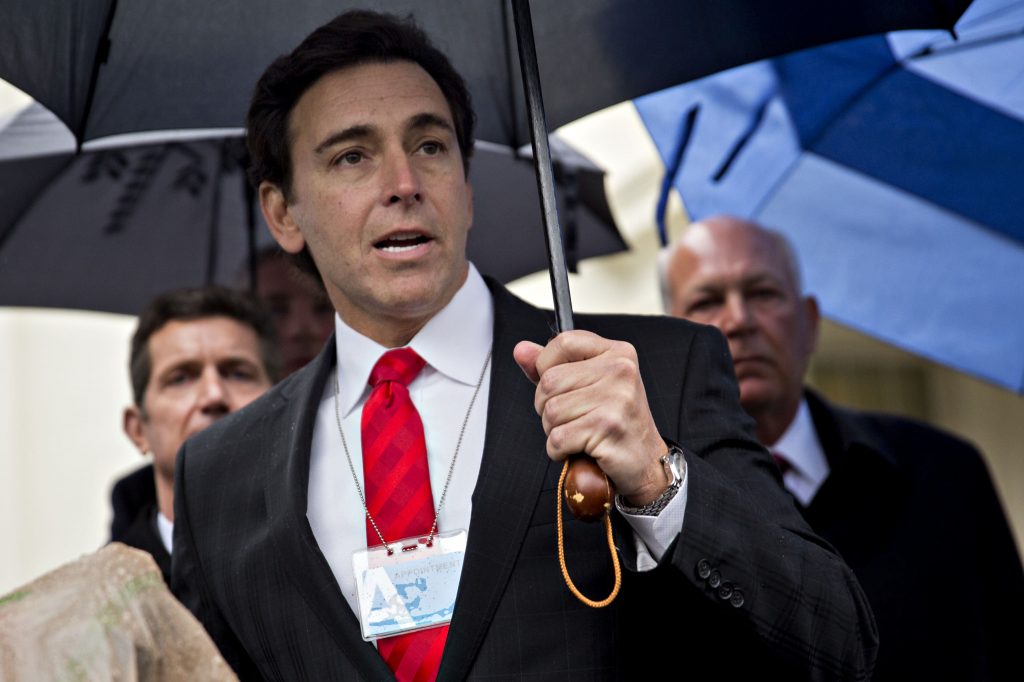