China expert and author of ‘The Hundred-Year Marathon’ Michael Pillsbury gives his insights on U.S.-China relations and his thoughts on Phase 2 of the trade deal.

Most Americans would agree that the Chinese Communist Party isn’t a friend of workers’ rights, free speech, or corporate transparency. The challenge is that they rule China and control access to a potentially lucrative market.

In the NBA’s case, this dilemma was front and center for the past week after the Houston Rockets GM Daryl Morey expressed support for demonstrators in Hong Kong, tweeting, “Fight for freedom. Stand with Hong Kong.” The tweet was quickly taken down as the NBA,  generating some $4 billion in revenue from China, struggled to limit the fallout with Beijing.

The Lakers’ LeBron James, himself seen as an outspoken advocate for social justice in America, criticized Morey’s tweet in support of human rights, saying it “could have waited a week.” The NBA was playing a series of exhibition games in China over the past several days.

With the Chinese Communist Party and its official mouthpieces calling foul on the NBA over free speech issues, how might that lesson apply to American investors?

Roughly 30 years ago, a new form of investing guidelines began to take hold that eventually became known as ESG (for environmental, social and corporate governance).

ESG has changed the investment landscape by restricting capital from business activities deemed unworthy of investment. Currently, about $10 trillion of the $42 trillion in U.S. market capitalization is run in accordance with ESG guidelines.

San Francisco-based Bank of the West, for example, last year announced that it was pulling financing for companies that explore and produce oil and gas from shale, tar sands, or the Arctic — meaning most of the oil and gas now produced in America.

California furnishes a glimpse of what ESG policies writ large. The state’s politicians have aggressively pursued environmental policies that have greatly increased wind and solar power.

Environmentalists and their ESG allies don’t like oil and natural gas pipelines. As a result, California imports 57.5% of its oil from overseas, with the largest share coming from Saudi Arabia (no bad shale oil there).

The number of oil tankers plying California waters has more than doubled in recent years and is going up because the state doesn’t produce much of its own oil anymore. That oil tankers are more prone to spills seems lost on ESG boosters.

Meanwhile, California’s industries have been leaving the state. Some of that manufacturing has moved to China. With China’s lax air pollution standards, scientists have determined that as much as 65% of the increase in ozone levels on the Pacific Coast originated in Asia, mostly China. A pro-democracy protester marches in the city center ahead of reported plans by the city’s embattled leader to deploy emergency powers to ban people from wearing masks in a bid to quash four months of anti-government demonstrations, Friday, Oct. 4, 2

As ESG investing is shifting trillions of dollars in the capital markets, what have ESG analysts said about the Peoples’ Republic of China? Not much.

Penserra, a 10-year-old ESG institutional financial services and investment advising firm, provides an example. While promoting the usual line on responsible investing, Penserra is also bullish on China, as are many major U.S. players, such as Goldman Sachs, T. Rowe Price and others.

But is investing in China at all consistent with ESG principles? The answer is as simple as it is common sense: no.

Let’s take a quick look at the three pillars of ESG and how they apply to China.

While the People’s Republic of China has strong air and water pollution regulations, they are unevenly enforced due to pervasive corruption that allows businesses to pollute as much as they want — provided that the right amount of money greases the palms of the proper local communist official. Chinese state-owned industries, many of them with shares available on Western stock exchanges, are also largely immune from pressure to operate cleanly.

Further, while California and other political bodies in the Western world rush to ban plastic straws to save the ocean, China’s vast merchant fleet is notorious for simply dumping trash into the ocean.

ESG advisors are also strangely silent on China’s actions over the past decade in destroying fragile coral atolls in the South China Sea as it works to intimidate its neighbors and grab undersea oil and gas resources.

The Chinese Communist Party is quickly turning Hong Kong, once known for its freedoms and rule of law, into a giant prison camp. Meanwhile, out in Chinese East Turkestan (Xinjiang), the communist regime has reportedly imprisoned millions of Uyghur Muslims in what looks like an ongoing cultural genocide.

As for free speech and basic human rights, ask the NBA about that. Or Activision’s World of Warcraft, where players of the massively multiplayer online role-playing game have been banned for expressing support for the protesters in Hong Kong.

At least South Park has gotten it right when it comes to kowtowing to the Chinese Communist Party, even if it did result in all traces of the long-running show being wiped from the Chinese internet.

The risk to U.S. investors, including billions in pension funds, is enormous.

As for corporate transparency, how is it that 156 Chinese companies listed on American stock exchanges with a combined market value of $1.2 trillion, are allowed access to American capital without having to meet U.S. audit standards? The risk to U.S. investors, including billions in pension funds, is enormous.

If ESG investing is to be taken seriously, it must properly consider those ESG principles in China. The damage to the environment, human rights abuses, and the utterly corrupt corporate governance there ought to be a focus of honest and even handed ESG investing.

If not, applying ESG guidelines and complementary public policy only to America will simply shift more investment and jobs from clean and safe America, where workers enjoy freedom and dignity, to China, where both the environment and people are subordinated to the Chinese Communist Party.

Chuck DeVore is a vice president with the Texas Public Policy Foundation and served in the California State Assembly from 2004 to 2010.

French confectioner fights to save Christmas from the Brexit Grinch 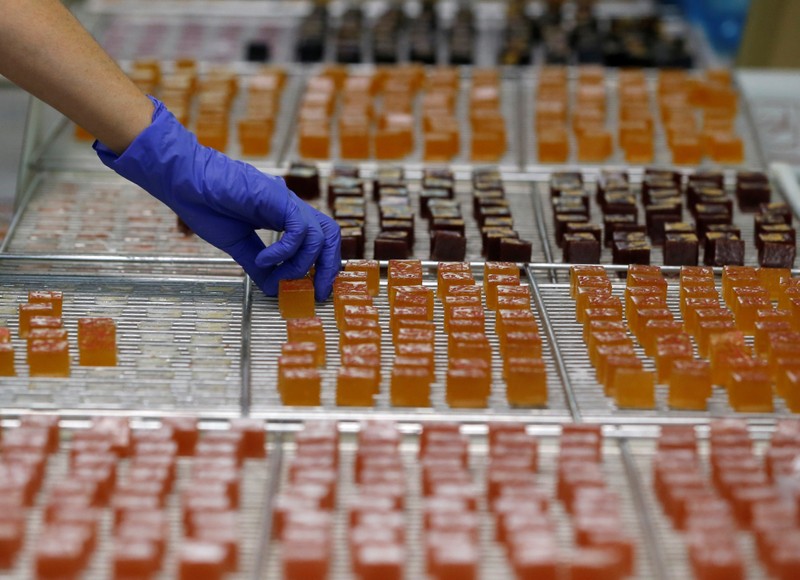