Christopher Cross has performed his #1 hit “Sailing” thousands of times before, but never like this – in his first session back in a recording studio since the 69-year-old was stricken with the coronavirus that nearly killed him.

“There was some, you know, come-to-Jesus moments or whatever where I was looking for any help I could get, you know, through this, to get outta this thing,” Cross said. “‘Cause I wasn’t sure.”

Unsure, and starting over. Much of Cross’s life now is new. It wasn’t supposed to be this way.

2020 marks the 40th anniversary of his self-titled debut album. A blockbuster, it earned Cross five Grammy Awards, including Best New Artist. For a while, he was a king of easy listening, with songs like “Never Be the Same,” “Think of Laura,” and the Oscar-winning theme to the movie “Arthur.”

Cross was set to launch a national tour this year … but 2020 had other plans.

Correspondent Serena Altschul asked, “Where were you when you think you were exposed?”

“It was early March that I went to Mexico City for a concert,” he said. “And, to be frank, you know, nobody knew about masks or anything like that. No one wore masks on the plane. No one was doing that. We weren’t made aware that it was a problem.”

Cross and his girlfriend, Joy, tested positive for COVID-19. “We both got very sick with COVID,” he said. “We were sick for about three weeks. The biggest thing I remember is just incredible malaise – just, you couldn’t lift your head.”

They both quarantined, and Joy improved. Cross thought he was getting better, too, and in April felt good enough to go shopping.

“I went to the market,” he recalled, “then when I got home, I just, my legs just gave out. That was it. Couldn’t walk at all.”

He was diagnosed with Guillain-Barré Syndrome, a rare disease in which the body’s immune system attacks the nerves. His doctor believes it was caused by COVID. “You know, just, boom, I’m paralyzed. I’m in the hospital, but I can’t turn over. I can barely do anything. My hands were also paralytic, which is hard, ’cause I play the guitar, of course. I wasn’t sure whether I would get that back.”

Paralyzed, in the intensive care unit, Cross didn’t know if he would live or die.

“I was in the hospital about ten days. It was the worst ten days of my life. I couldn’t walk, could barely move. And so, it was certainly the darkest of times for me, you know? It was really touch-and-go, and tough.”

Altschul asked, “What were some of the things you were saying to yourself in those darkest moments?”

“I could tell you that I had a few conversations, you know, when I was in there with whoever He or She is, and just saying, you know, ‘If you could just get me outta here, I will be a better person,'” he said. “And just, you know, that sorta thing. You know, it’s, uh, it’s very, very hard. I mean, you’re just looking for any sign of light, you know, in that darkness. So, whatever I did, it worked. I got outta there. Here I am.”

While the paralysis was temporary, the effects still linger. Cross, who was in a wheelchair, considers himself a long-haul COVID survivor. He now uses a cane. “So, yeah, my walking is affected,” he said. “My speech at times can be affected. Memory is a big deal, too. Just neurologically I’m kinda a little foggy, you know? Now, I’m on medication, a nerve pain medication which also can cause some of the fogginess. But until I can get off of it at some point, I won’t really know how clear I would be.

“But most people with Guillain-Barré heal about 90% to 100% over about a year. That’s what my prognosis is.”

“That’s the prognosis, that you will heal, and you’re on a trajectory towards healing?” asked Altschul.

Part of that healing is playing the music … something unthinkable a few months ago.

“It’s not like I’m that big a celebrity, but it’s important for people to know you can get this disease,’ Cross said. “And so, I felt it was sort of my obligation that I wanted to share with people: ‘Look, you know, this is a big deal. Like, you gotta wear your mask. You gotta take care of each other. Because, you know, this could happen to you.'”

Cross can’t wait to tour again … and what a moment it will be. Altschul asked, “What will that feel like for you when you head back out on stage for the first time?”

“I don’t know whether I’ll walk out with my cane and I’ll sit down on a stool,” he said. “But I’ve gotta tell you, and it’s hard to, you know, keep it together here, but, you know my fans, I know them. And they love me. I really feel in my heart, at least, that the fans are gonna be with me.” 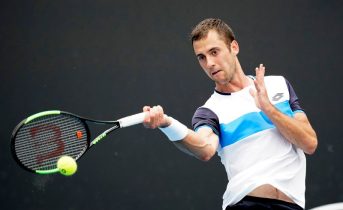