(Reuters) – Chinese smartphone maker ZTE Corp on Wednesday postponed the release of quarterly earnings, saying it needs time to assess the impact of a U.S. government order that bans American companies from selling it parts.

The results were previously scheduled for Thursday. ZTE <000063.SZ> announced the delay as components makers, wireless carriers, retailers and the maker of the widely used Android operating system sought to clarify how they will be affected by the order, announced on Monday by the U.S. Commerce Department. [L1N1RU135]

The Commerce Department banned American companies from selling parts and software to ZTE for seven years. The action was sparked by ZTE’s violation of an agreement that was reached after it was caught illegally shipping U.S. goods to Iran.

ZTE said in a statement that its board had postponed a meeting to approve the results, pending an assessment of the impact of the move by the U.S. government. Trading of its shares has been suspended in China since Tuesday at the request of the company.

One key area of concern is whether ZTE will be able to continue to use Google’s popular Android operating system on its mobile devices.

ZTE and Alphabet Inc’s <GOOGL.O> Google have been discussing the impact of the ban, a source familiar with those discussions told Reuters on Tuesday. ZTE shipped 46.4 million smartphones last year, placing it seventh among Android-based manufacturers, according to research firm IHS Markit.

(Reporting by Jim Finkle in Toronto; editing by Anna Driver and Steve Orlofsky)

Wed Apr 18 , 2018
The Southwest Airlines engine failure that resulted in a passenger’s death shows the need for an extensive review, but the sky remains “very safe,” former National Transportation Safety Board Chairman Jim Hall said Wednesday. “This one I believe raises concerns that we need to look at probably a little more […] 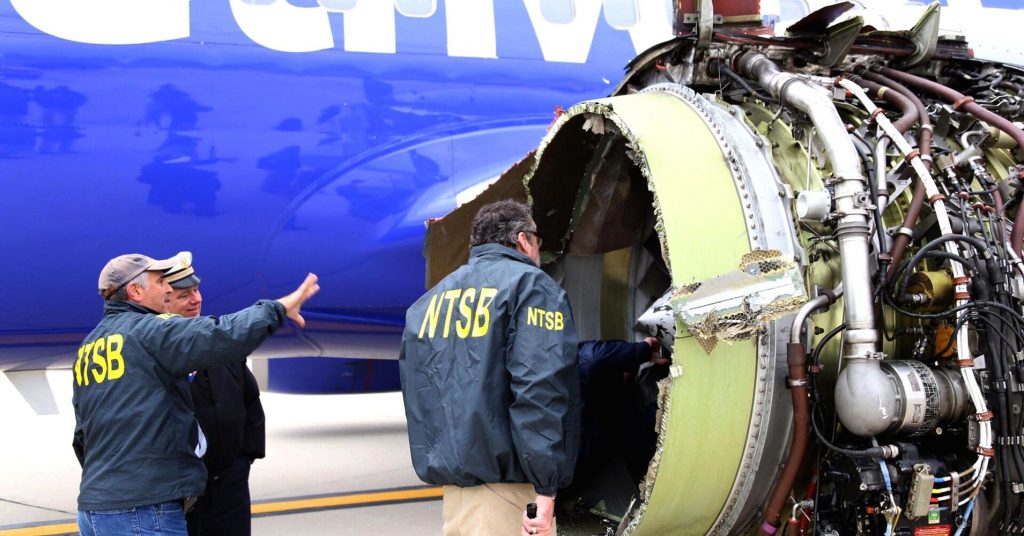