The latest upheavals in the Chinese financial market may bring it one step closer to becoming a developed market.

For now, the picture isn’t a pretty one: The Shanghai composite has slumped about 15 percent this year, high-profile mainland companies have disappointing in initial public offerings, and many Chinese private funds are struggling after earlier enjoying rapid growth.

In fact, the Asset Management Association of China’s latest figures released Wednesday showed the number of private funds it has lost contact with continues to grow, reaching more than 180 for the year so far. That’s nearly 80 percent of last year’s total, according to CNBC calculations, but it doesn’t necessarily mean long-term bad news for the industry.

“I would say if you look at private equity right now in China, I think that it’s a rapidly maturing industry,” Joe Ngai, managing partner at McKinsey’s Greater China office, told CNBC in an interview last week. He added that a so-called washing out of the less experienced market players will bring to light those who have survived different parts of the economic cycle.

Many of the newly formed funds were relatively small, about $500 million to $1 billion in size, Ngai said. “All these guys right now are facing massive headwinds,” he said. “I don’t think there’s any shortcut. … [There were many] very average companies that were invested [in] at high valuations. If you want to get out, you’re just not going to get very high returns.”

But such market turbulence is often just part of growing pains.

The private fund industry in China has grown quickly, with the number of funds multiplying more than eight times to around 66,400 at the end of last year, according to Asset Management Association of China data gathered by Shanghai-based Wind Information. Total assets under management reached 11.1 trillion yuan ($1.6 trillion) at the end of 2017 and increased slightly to 12.6 trillion yuan by the middle of this year, the data showed.

Despite pressure from rising trade tensions with the U.S. and a slowing economy, Beijing is pushing ahead with financial reform. As part of development of the industry, local governments have created special regions for private funds.

Notably, the Yuhuang Shannan fund town aims in the next two years to double assets under management to more than 2 trillion yuan, and support more than 200 public offerings, according to a document shared by a representative. Located south of the famous West Lake in the southeastern city of Hangzhou – where Chinese tech giant Alibaba is headquartered – Yuhuang Shannan signed a memorandum of understanding in May 2017 with Greenwich, CT, home to many of the largest hedge funds in the U.S. In four years, the Chinese fund town has already grown to 2,758 firms managing assets of 1.12 trillion yuan ($163.2 billion) as of July.

Private funds must apply for an office space there, which typically consists of a one or two-story house built in a centuries-old Chinese style located in park-like grounds, with many footbridges and a lake.

However, tenants aren’t oblivious to the challenging financial environment around them.

Zhiwin Capital, which moved to Yuhuang Shannan in January, has slowed its pace of investment recently, Managing Partner Wu Po said in an interview with CNBC earlier this month. But, he said, the latest downturn in the market is a pretty normal development and may create more attractive investment opportunities.

The fund, which has about 800 million yuan in assets under management, chose Yuhuang Shannan for its good location, tax benefits and proximity to other high-quality funds, Wu said. He said Zhiwin’s investments include companies in Chinese medicine, education and artificial intelligence, and the firm is also helping some German companies in the automobile industry enter the Chinese market.

At a high level, other funds in the region are still raising money.

Hillhouse plans to use the funds for investments in health care, consumer, technology and services, according to a release.

“I do think private equity is a very important avenue for a lot of companies to get equity capital,” Ngai said, noting that it is often difficult for private enterprises to get funding from banks due to Beijing’s efforts to reduce the economy’s reliance on debt.

“I do hope that will continue its course for being one of the largest markets for private equity in the world,” he said. “Across Asia right now, China, over the next 10 to 15 years, is probably the market where you will see the most capital being deployed.”

Thu Sep 27 , 2018
The International Monetary Fund on Wednesday increased its three-year lending program with Argentina by $7 billion to $57 billion, on the condition that the central bank halted full-scale interventions to support the ailing peso. IMF Managing Director Christine Lagarde, speaking at a news conference in New York alongside Argentine Economy […] 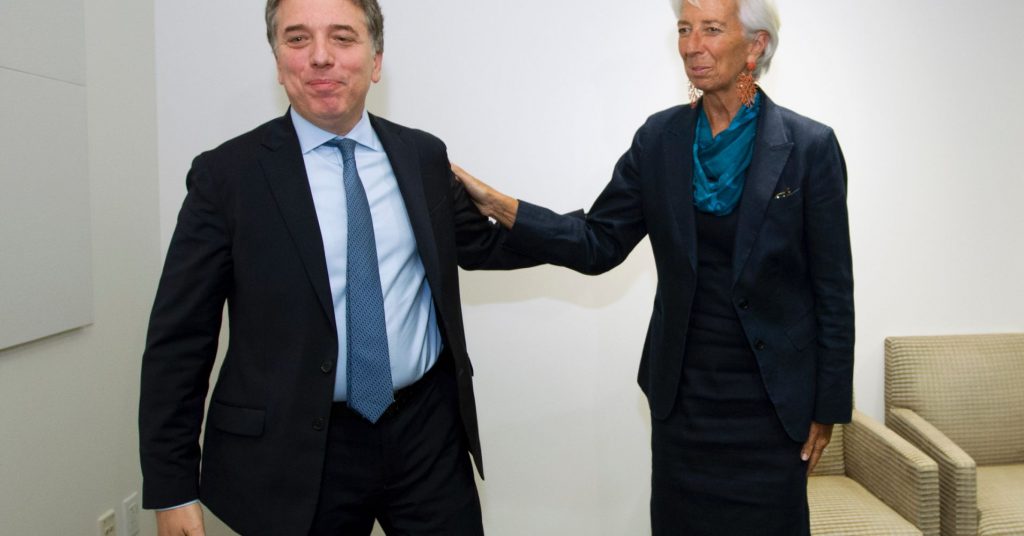