Exports of oak logs have soared and so have prices, largely because of demand from China. Beijing banned commercial timber harvests last year and Chinese millennials have developed a taste for high-quality wooden floors and furniture from Europe.

But boom for France’s exporters could mean bust for some of the country’s 550 sawmills.

French oak producers have traditionally sold oak logs to the mills, which then cut them into lumber for making products ranging from floors and furniture to coffins and wine barrels.

But now, private forest owners have started selling logs directly to Chinese buyers because they are ready to pay higher prices and do the processing themselves.

This has left many French sawmills short of wood to process and struggling to fulfill orders.

“The problem is that oak has never been as expensive in France and we, the processors, have never had as little of it,” David Chavot, head of the Margaritelli Fontaines sawmill, said at the mill in eastern France.

Smaller ones will lose customers and shed jobs, he said.

“The most fragile will go under, one after another,” Douzain-Didier told Reuters.

About 26,000 jobs are directly linked to the oak industry in France, the world’s third largest producer. By late March, about 80 percent of French sawmills had 30 percent less stock than they needed to fulfill orders.

Any job losses would be politically awkward for President Emmanuel Macron, who has made reducing unemployment a priority. The sawmill producers have appealed to him for help but a crisis meeting organised by France’s farm minister with producers and sawmill bosses in March failed to secure a compromise.

France has tried to regulate the industry by imposing an “EU label” on logs coming from public forests, meaning they must be processed in the European Union. But French sawmills say there are ways to bypass the EU label system and want a similar label applied to privately owned forests, which account for nearly 80 percent of wooded areas in France.

For oak growers, who usually cut trees when they are from 100 to 150 years old, the price rise is a welcome rebound after a sharp fall in the late 2000s caused by low demand.

“They (the sawmills) need to live but so do we,” said Antoine d’Amecourt, who led the private forest owners who attended the March meeting with farm minister Stéphane Travert.

“Owners prefer the wood to be processed in France but they need to regenerate forests for the next generations,” he said, explaining it made little difference where the oak is processed.

To view a graphic on China’s booming demand for oak, click: https://tmsnrt.rs/2xGrSmN

China is the world’s largest timber importer and its needs are growing, according to Chinese officials.

To meet the booming demand, Chinese manufacturers have had to buy oak abroad since commercial timber harvests were banned to protect natural forests after decades of over-cutting.

In Foshan, a furniture trading hub in China’s Guangdong province, traders say demand is propped up by young and affluent people who like European interior design.

Almost 90 percent of solid composite wooden floors in China are now made of oak, a sharp rise from the early 2000s, according to Chinese floor-maker Fudeli Flooring

“At least 70 percent of our customers buying French oak floors are millennials born in the 80s and 90s,” said Chen Deyi, a local dealer for Fudeli Flooring.

At the Louvre, a vast and lavish furniture exhibition centre in Foshan, customers can find luxury brands such as Versace and Bentley Home. For many, prices are not the biggest concern.

“I don’t have a particular budget in mind but I feel prices are okay here,” said newly wed Liu Zhipeng, who works for an insurance company.

Hoping to cash in on the high demand, Hong Kong-based Four Seasons Furniture has launched a French oak furniture collection. A small side table made of French white oak costs 3,680 yuan ($576).

“We just recently started promoting French oak furniture inside China. It used to be more export-focused as appreciation for this type of wood was not as robust,” said Candy Zhu, a sales manager at the Louvre exhibition centre.

This makes France the second largest supplier of oak logs to China, ahead of Russia and behind the United States. Business is not expected to be affected by the current trade dispute between Washington and Beijing, industry experts say.

Prices for some oak logs have doubled in France since 2009 while the prices of other species, such as beech and pine, have fallen over the same period, according to FNB data.

What Brexit? Investors warm to UK stocks as M&A surges 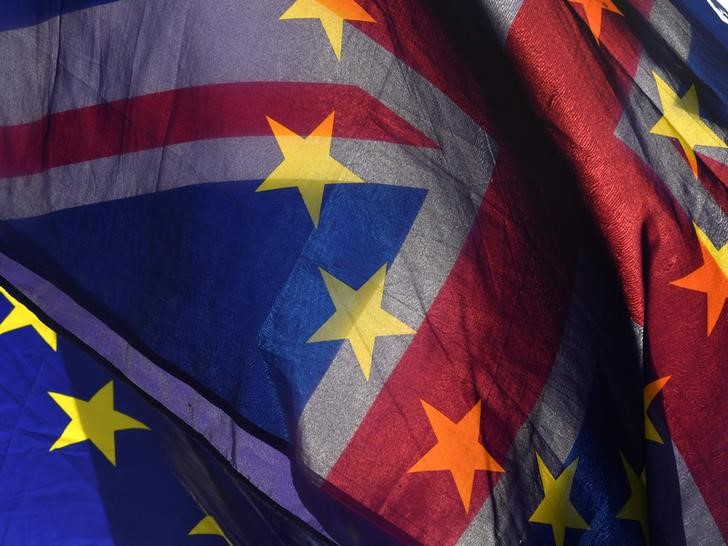