By Gabriel CROSSLEY and Lusha Zhang

BEIJING (Reuters) – Growth in China’s factory activity faltered in January, an official survey showed, as export orders fell and an outbreak of a new virus added to risks facing the world’s second-largest economy.

The Purchasing Managers’ Index (PMI) fell to 50.0 in January from 50.2 in December, China’s National Bureau of Statistics (NBS) said on Friday. The reading was in line with analysts’ forecasts and hit the neutral 50-point mark that separates growth from contraction on a monthly basis.

While the PMI showed activity in some parts of the sector holding up, economists are doubtful the survey provides a meaningful read on the economy given recent developments with the coronavirus and distortions from the Lunar New Year break.

More than 200 people have died from the virus in China in the past few weeks, prompting widespread transport curbs and tough public health measures that are weighing heavily on the travel, tourism and retail sectors. Analysts say the fast-spreading virus could hurt first-quarter economic growth.

“I would disregard today’s release,” said Raymond Yeung, Chief Economist for Greater China at ANZ, in an email to Reuters.

“The figure certainly overrates the economic outlook as it does not reflect the interruption due to the outbreak,” he said.

China’s economic growth cooled to its weakest in nearly 30 years in 2019 amid a bruising trade war with the United States.

The PMI’s component indicators painted a mixed picture of the sector.

New export orders slipped back into contraction after rising for the first time in over a year in December while production slowed from a multi-month high but remained in expansionary territory. Total new orders expanded at a slightly faster clip than the month before.

The sub-index for imports fell deeper into contraction.

Factories also continued to shed jobs in January, although the pace of reduction slowed.

China watchers typically advise caution in their analysis of economic data early in the year due to the effect of the week-long Lunar New Year holidays, which usually slows activity.

Many firms scale back operations or close for long periods around the holidays, which began on Jan. 24 this year. This year, China’s government extended the Lunar New Year holidays to limit the spread of the virus.

“Extended closures could ripple through supply chains across China and beyond,” Capital Economics said in a note to clients this week.

In contrast, activity in China’s service sector quickened with the official non-manufacturing PMI rising to 54.1 from 53.5 in December.

However, the NBS warned the impact of the coronavirus is not fully reflected in the survey and that more observation was needed.

Already, the outbreak has been seen hitting service sectors such as transportation, tourism, catering and entertainment as people avoid crowded areas.

Analysts estimated its impact on China’s economy could be bigger than that of Severe Acute Respiratory Syndrome (SARS), which also originated in China and killed nearly 800 people globally in 2002 and 2003.

Beijing has relied more on services and consumption to offset manufacturing weakness now than then.

One bright spot might be construction, Capital Economics said in a note, with the sub-index for the industry rising to 59.7 in January from 56.7, a sign local governments have been quick to begin new infrastructure projects this year.

Economic growth in China slowed to 6.1% last year, the weakest pace in nearly three decades, amid a bruising trade war with the United States and despite Beijing’s stimulus to boost sluggish investment and demand.

“We expect a big plunge of both manufacturing and service PMIs in February and March due to the coronavirus outbreak,” Ting Lu, Chief China Economist at Nomura, said.

Beijing will try to provide liquidity and credit support to the economy, especially to businesses severely hit by the outbreak, he said.

“However, it seems unlikely that these measures would turn the economy around in Q1 and part of Q2, as the virus outbreak may further weaken domestic demand and thus render the upcoming policy easing less effective.​​​​​”

Oil jumps as WHO declares emergency but recommends no travel, trade restrictions

Fri Jan 31 , 2020
January 31, 2020 By Roslan Khasawneh SINGAPORE (Reuters) – Oil prices jumped on Friday following sharp losses this week, as the World Health Organization (WHO) came out against travel and trade restrictions in declaring a global emergency over the spread of the coronavirus that originated in China last year. Oil […] 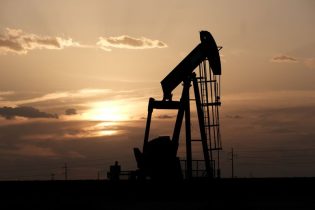