Didi is developing autonomous driving technologies and plans to deploy so-called robotaxis in areas where there is a shortage of ride-hailing car supply, said Meng Xing, the chief operating officer of the company’s autonomous driving unit, at an online conference hosted by South China Morning Post.

The company last month completed a more than $500 million fundraising round for the autonomous driving unit, led by SoftBank Group’s Vision Fund 2.

Last year Didi said it would start using autonomous vehicles to pick up passengers in Beijing, Shanghai and Shenzhen this year before expanding the scheme outside China in 2021.

Automakers and tech companies in China are investing billions in the autonomous driving industry to compete with the likes of Tesla Inc, Alphabet Inc Waymo and Uber Technologies.

WeRide, a start-up based in Guangzhou city, is operating a fleet of more than 40 robotaxis plus a further 60 test cars. The three-year-old company is backed by Nissan, Renault and Mitsubishi.

Tue Jun 23 , 2020
FILE PHOTO: The Bank of Israel building is seen in Jerusalem June 16, 2020. REUTERS/Ronen Zvulun June 23, 2020 By Steven Scheer and Ari Rabinovitch JERUSALEM (Reuters) – Swiped a credit card? Turned on the lights? Driven to work or the supermarket? Israel’s central bank has been watching. With traditional […] 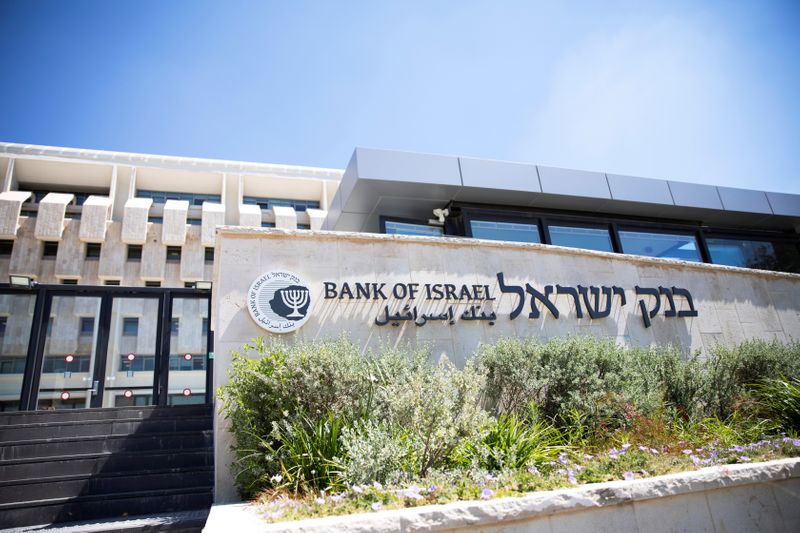