By Julie Zhu and Cheng Leng

The trio were informed that the company, notably its cash-cow consumer lending business, will face tougher scrutiny over matters including capital adequacy and leverage ratios, said two sources who were briefed on the matter. They declined to be identified as details of the meeting have not been made public.

The move comes as some of the regulators were “surprised” by Ant’s business and financial figures, including the scale and profitability of its credit business, details of which were disclosed for the first time in its IPO prospectus in late August, said the first source.

Ant’s credit unit contributed close to 40% of the group’s revenue in the first half of the year. It holds Ant’s consumer credit business that includes Huabei, which operates like a virtual credit card service, and short-term consumer loan provider Jiebei.

Beijing has become more uncomfortable with banks heavily using micro-lenders or third-party technology platforms like Ant for underwriting consumer loans, amid fears of rising defaults and deteriorating asset quality in a pandemic-hit economy.

Ant’s consumer lending balance was 1.7 trillion yuan ($254 billion) as of the end of June, accounting for 21% of all short-term consumer loans issued by Chinese deposit-taking financial institutions.

“Ant’s high-profile blockbuster IPO has become the tipping point as it urges all relevant regulators to step up efforts to look into its sprawling business.”

Ant declined to comment. CBIRC and the State Administration of Foreign Exchange did not immediately respond to faxed requests for comment. The PBOC and CSRC were unable to be reached by phone outside of business hours.

China’s central bank and banking regulator separately published draft micro-lending rules on Monday which seek to increase the bar for micro-lenders to be able to provide online loans directly to consumers or jointly with banks, while limiting the amount they can lend.

The draft, open for public feedback until Dec. 2, requires small online lenders to provide at least 30% of any loan they fund jointly with banks, which is widely considered to be a key rule that will hurt the profitability of Ant’s current business model.

Only 2% of the 1.7 trillion yuan consumer loans Ant facilitated were on its balance sheet as of the end of June, its prospectus showed. The company takes an average 30%-40% cut of the interest on loans it facilitates, analysts estimate, without bearing such products’ credit risks.

Ant is set to go public in Hong Kong and Shanghai on Thursday after raising about $37 billion, including the greenshoe option of the domestic leg, in a record public sale of shares.

The latest regulatory move will likely cast a cloud over Ant’s post-debut performance, warned the sources and some institutional investors in its IPO.

“One tree far taller than others may fall victim to a strong wind more easily,” said the second source.

(Reporting by Julie Zhu in Hong Kong and Leng Cheng in Beijing; Editing by Brenda Goh and Susan Fenton)

Abortion on the ballot in Colorado and Louisiana

Tue Nov 3 , 2020
In the first presidential debate, former Vice President Joe Biden told voters that Roe v. Wade was “on the ballot” this election — a claim President Trump disputed, despite campaigning on an anti-abortion rights platform. But in two states, abortion is on the ballot in a literal way: ballot measures. […] 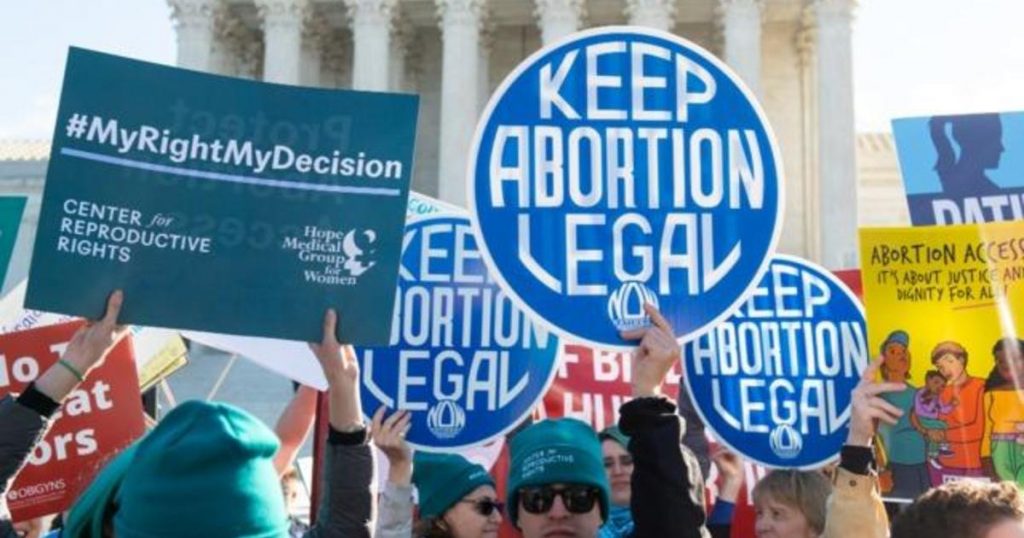