China has funneled billions of dollars into aid, loans and business deals on the African continent in recent years.

But as ties continue to strengthen, a former Nigerian finance minister has warned that Beijing-style economic governance will not work for Africa.

But while less economically advanced countries may wish to emulate China’s economic success, the Chinese approach of state-led development would prove unsuccessful for the majority of Africa, she said.

In her view, the Nigerian government, through state-owned enterprises, has not shown itself capable of managing its manufacturing and heavier industries, for example.

Corruption could result from increased government intervention in business, Okonjo-Iweala said. “Some of our governments, when they get into direct provision of jobs and services — that’s where corruption creeps in because it’s not well-handled, the institutions of state are not strong enough, the checks and balances are not strong.”

Okonjo-Iweala served as Nigeria’s finance minister twice, from 2003-2006 and most recently during 2011-2015 under previous President Goodluck Jonathan. She is a former director at the World Bank and is currently an adviser at the Asian Infrastructure Development Bank.

Nonetheless, one African country known for its economic partnership with China is Ethiopia. Infrastructure, as well as industrial parks to boost the manufacturing sector, have been built as part of Beijing’s Belt and Road Initiative, a multi-billion dollar spending plan to resurrect ancient trading routes centered on China.

This approach “will only work in countries where the power is highly centralized,” Anna Rosenberg, research director at emerging market advisory firm Frontier Strategy Group, told CNBC on Friday. Besides Ethiopia, she cited Mozambique and Rwanda as suitable examples. Nigeria’s entrepreneurial society was less conducive to China-style economic management, she said.

History could also play a role, Rosenberg suggested. While Cold War allegiances to the Soviet Union may be present in some African countries, Nigeria, by contrast, is a former British colony and therefore more espoused to a free market system.

“I think China sees Africa as a strategic continent that it wants to be a partner with,” Okonjo-Iweala said. “Africa does have the natural resources that China lacks in many ways.”

But, she added that in her view, this partnership extends beyond pure economic deals. “I believe strongly there is overarching political and soft power that is involved.”

For Okonjo-Iweala, it is important to demonstrate the fruits of African business deals with China to the public. She described Beijing-funded new airport terminals in the Nigerian capital Abuja as an example of this because “people will be able to see them, and witness them, and know that the money went into something concrete.”

Last week, China’s state-run news agency Xinhua reported that Nigeria had signed a deal with the China Civil Engineering Construction Corporation to build a railway from its economic hub Lagos to Kano, a commercial hotspot in the north of the country.

African countries must enter business deals with China “with our eyes open,” Okonjo-Iweala said, to capitalize on its manufacturing expertise and technological development.

But with regards to regulating Africa-China business deals, “we are absolutely not there,” Okonjo-Iweala said, although she added that this varied between African countries. Providing that fair and transparent agreements are drawn up, “we can work with China – why not?”

Mon May 21 , 2018
One escaped inmate was caught Sunday, but two inmates — both charged with murder — are still on the loose after breaking out of a South Carolina prison late Saturday. The three inmates escaped from Orangeburg County Detention Center in Orangeburg, South Carolina, just before 10 p.m. Saturday after overpowering […] 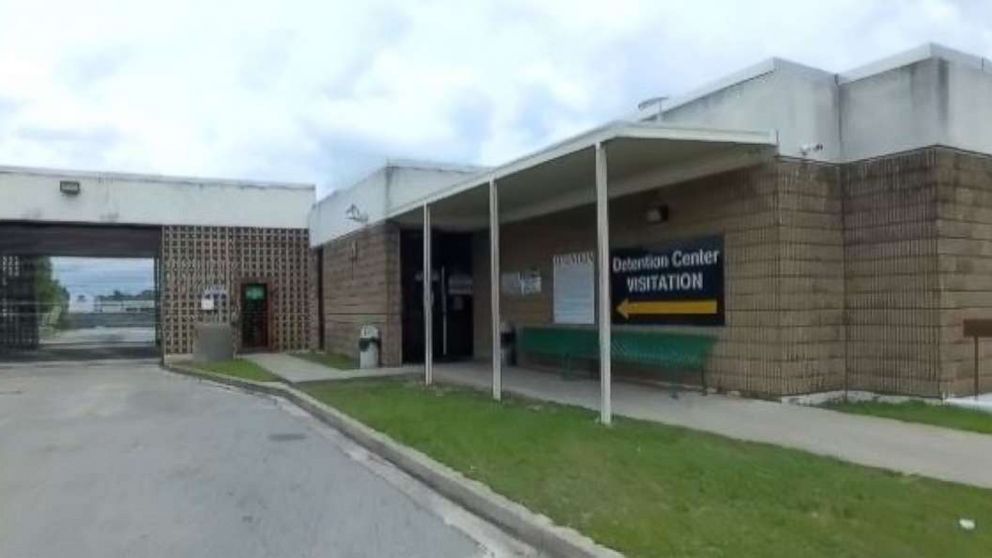