Chinese Foreign Minister Wang Yi and Foreign Minister of Maldives Abdulla Shahid shake hands and hold the signed agreements during the signing ceremony at the end of the meeting at Diaoyutai State Guesthouse, in Beijing, China September 20, 2019. Andrea Verdelli/Pool via REUTERS

BEIJING (Reuters) – The Maldives are not “mired in a Chinese debt trap”, the Chinese government’s top diplomat told the visiting Maldivian foreign minister, amid fears in the Indian Ocean country of debts as high as $3 billion owing to Beijing.

The Indian Ocean island chain has been caught in a battle for influence between India and China, which invested millions of dollars during the rule of the pro-China former leader Abdulla Yameen as part of China’s Belt and Road plan, designed to improve its global trade reach.

The ruling Maldivian Democratic Party, which won a landslide in the archipelago’s parliamentary election in April, fears the debts to China could run as high as $3 billion and risk sinking the economy.

Meeting Maldivian Foreign Minister Abdulla Shahid in Beijing, Chinese State Councillor Wang Yi said China’s cooperation with the Maldives would not be affected by the change of government, China’s foreign ministry said in a statement late on Friday.

“China’s cooperation with the Maldives aims to promote the well-being of the Maldivian people, without political intentions and without seeking geopolitical interests,” the ministry cited Wang as saying.

China provides what help it can to the Maldives without attaching political preconditions, and does not interfere in the its internal affairs, Wang added.

“It is totally without basis to say that ‘the Maldives is mired in a Chinese debt trap’,” he said.

The Chinese statement quoted Shahid as saying no country in the world had been as generous to helping the Maldives, pointing to the building of infrastructure and “provision of a large amount of aid and loans”.

“In this regard, there is absolutely no so-called ‘debt trap’. To say that is complete nonsense.”

China has been stung by criticism, mostly from Western countries, that it loads up poor, developing nations with unsustainable debt they have no hope of paying back, and that it is seeking to use this to leverage political influence.

China says its loans are much welcomed and much needed, and points out that it provides them with no political pre-conditions and gives funds to places that Western donors ignore.

Sat Sep 21 , 2019
FILE PHOTO: The logo of Apple is seen at a store in Zurich, Switzerland January 3, 2019. REUTERS/Arnd Wiegmann September 21, 2019 By Stephen Nellis (Reuters) – U.S. trade regulators on Friday approved 10 out of 15 requests for tariff exemptions filed by Apple Inc <AAPL.O> amid a broader reprieve […] 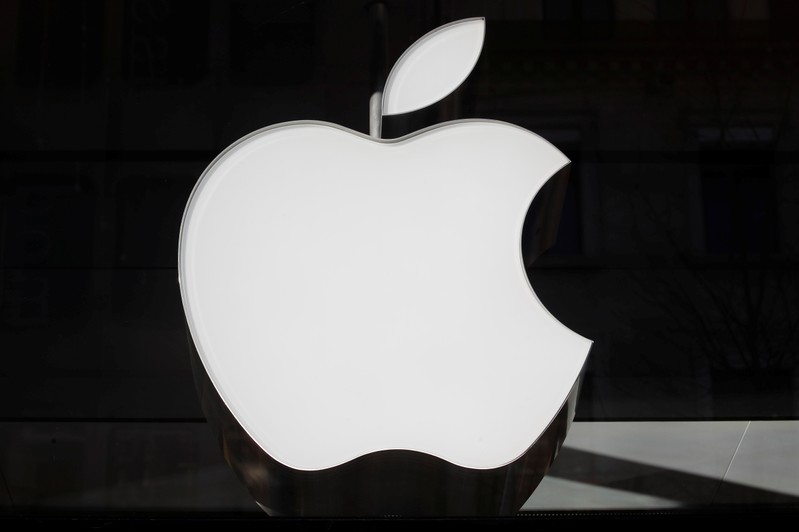