A Chinese passenger that just arrived on the last bullet train from Wuhan to Beijing is checked for a fever by a health worker at a Beijing railway station on January 23, 2020 in Beijing, China.

China’s National Health Commission said as many as 26 people have died from a fast-spreading coronavirus, as the total number of confirmed cases in the country rose to 830.

The deadly pneumonia-like virus was first identified on Dec. 31 in the Chinese city of Wuhan in Hubei province. It has since spread beyond Wuhan, which has a population of 11 million, to other major cities such as Beijing, Shanghai, Macao, and Hong Kong.

China’s Finance Ministry said it has allocated 1 billion yuan ($145 million) to support Hubei province in its fight to contain the outbreak.

The city of Wuhan is also building a new 1,000-bed hospital to treat the infected and plans to have the facility operational by early next week, Reuters reported, citing state media.

Multiple cases of the virus have been confirmed in Thailand, Vietnam, South Korea and Japan, while the United States, Taiwan and Singapore have each reported one case.

South Korea on Friday confirmed a second person has been infected.

Japan’s health ministry also said it had confirmed a second person had been infected.

Sometimes referred to as the Wuhan virus, it has been temporarily named the “2019-nCoV.” It belongs to a family of viruses known as coronaviruses, which can be transmitted from person to person.

The World Health Organization (WHO) on Thursday said at a press conference the outbreak did not yet constitute a global public health emergency.

“Make no mistake, this is, though, an emergency in China. But, it has not yet become a global health emergency. It may yet become one,” said Tedros Adhanom Ghebreyesus, director-general of the WHO. He added the organization’s assessment is that “the outbreak is very high-risk in China, and high-risk regionally and globally.”

As of Friday, 10 cities were put under lockdown measures with a total of about 33 million people. Transportation services in Wuhan, the epicenter of the virus, were shut down on Jan. 23 and people were asked to not leave. The airport and train station in the city were also temporarily closed.

Other cities under lockdown include Huanggang, Xiantao, Ezhou, Qianjiang, Zhijiang, Chibi and Lichuan. The combined population in those cities is approximately 24 million people. Authorities have also canceled Lunar New Year events in Beijing and other places. Airlines and rail operators are offering refunds on domestic flights and train tickets around the country.

The Wuhan virus outbreak is most frequently compared to the spread of SARS, or severe acute respiratory syndrome, between 2002 and 2003, when more than 8,000 people were infected. Around 800 people died in that crisis, according to the WHO.

Here’s a snapshot of the number of known cases and where they are:

Timeline of the virus outbreak

Fri Jan 24 , 2020
Authorities in China raced Friday to lock down more cities in an extraordinary bid to halt the spread of the deadly coronavirus, which has left at least 26 people dead in the country and sickened hundreds more. The move is unprecedented and affects more than 30 million people. The U.S. […] 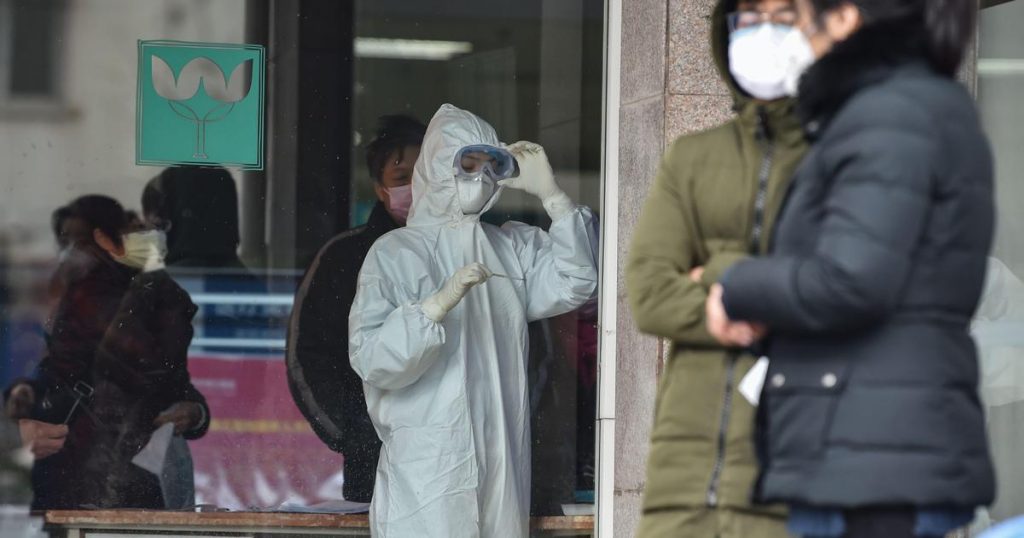