The Chinese are facing the reality that President Trump could be around four more years which may mean more tariffs and crackdowns as promised by the Commander in Chief.

The Chinese yuan fell sharply against the U.S. dollar as President Trump pulled ahead in key battleground states including Florida, Ohio and Pennsylvania late Tuesday evening.

The yuan traded down 0.69% at 6.7221 per dollar but remained near its strongest level since April 2019 as a Trump victory would likely mean four more years of tension between the world’s two largest economic superpowers.

Trump’s trade deal with Beijing was signed just weeks before the COVID-19 pandemic, which originated in Wuhan, China, and spread throughout the world.

The virus has infected more than 9.3 million Americans and killed 232.500. Lockdowns aimed at slowing the spread of the disease sent the U.S. economy spiraling into its sharpest slowdown of the post-World War II era.

Many lockdowns that were lifted have been reinstated in Europe and various U.S. states to some extent.

Trump has said he views China “differently” after the outbreak and has vowed to make them pay for the damage inflicted on the U.S.

TRUMP: IF BIDEN WINS, ‘CHINA WILL OWN THE UNITED STATES’

He also warned that “China will own the United States” if Biden wins.

Wed Nov 4 , 2020
JACKSON, Miss. — Mississippi will fly a new state flag with a magnolia and the phrase “In God We Trust,” with voters approving the design Tuesday. It replaces a Confederate-themed flag state lawmakers retired months ago as part of the national reckoning over racial injustice. The magnolia flag was the […] 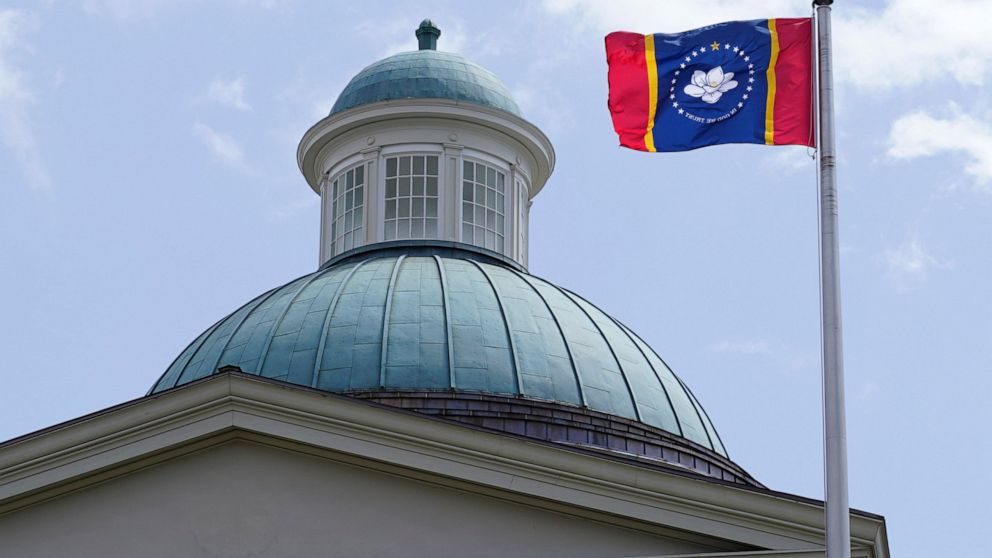