Kansas City Chiefs wide receiver Tyreek Hill was carted off the field in the first quarter of Sunday’s 40-26 win over the Jacksonville Jaguars with a shoulder injury and didn’t return.

Hill’s injury was severe enough for him to be sent to a Jacksonville-area hospital and be treated by the trauma department, the Chiefs said.

Head athletic trainer Rick Burkholder called it a sternal clavicular joint injury, where the clavicle pushes into the sternum. He added that Hill was being treated at Baptist Medical Center Jacksonville “to reduce the dislocation of the injury.”

“That transport is under the care of an ortho-trauma physician now,” Burkholder said. “We’ll give you an update in the next day or two.”

Hill, who had two catches for 16 yards, was injured on the second reception after being tackled by Jacksonville cornerback Jalen Ramsey.

Hill was one of two 1,000-yard receivers for the Chiefs a year ago, joining tight end Travis Kelce.

During the last week of the preseason, Hill signed a contract extension making him one of the highest-paid receivers in the league. The three-year deal is worth a reported $54 million.

The Chiefs had another injury scare in the first half, as reigning MVP Patrick Mahomes limped off the field after spraining his left ankle. It appeared to be tweaked during a sack.

After having his ankle taped on the sideline, Mahomes returned without missing an offensive play.

Mahomes was 25-of-33 passing for 378 yards and three touchdowns.

Sun Sep 8 , 2019
Investigators executed search warrants Sunday on the headquarters of the company that operated the charter dive boat that caught fire on Labor Day and sank off the coast of Southern California, killing 34 people trapped by flames in the doomed vessel’s below-deck bunk quarters. A team of investigators from the […] 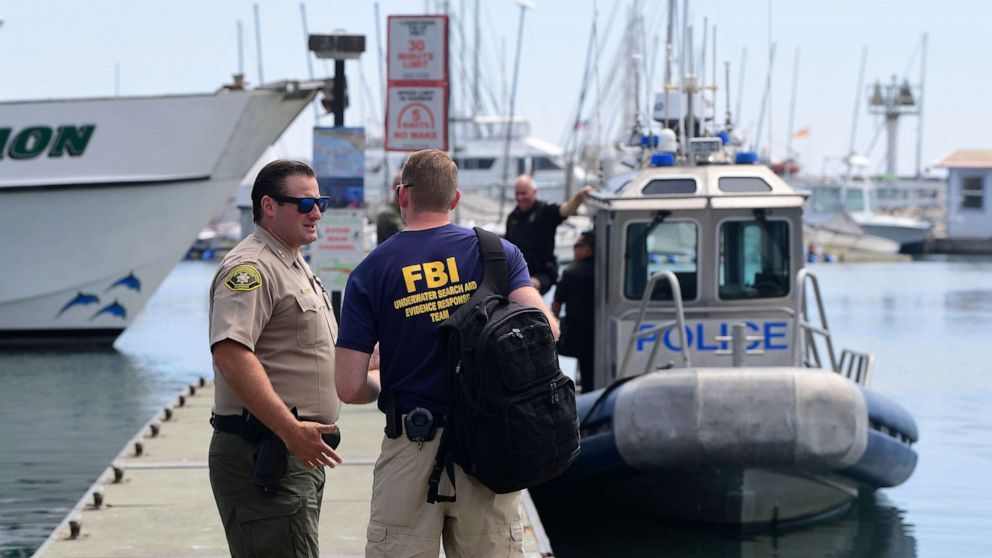