A person walks by a boarded up Saks Fifth Avenue on November 1, 2020 in New York City. Businesses have taken to boarding up store fronts in anticipation of unrest related to the presidential election.

Making portfolio moves based on election results has been a risky strategy in the past and could be so again this year with multiple variables hanging in the air about the future of the economy and markets.

Wall Street is awash with strategic advice on how to play either a new Joe Biden presidency or another four years of Donald Trump. Biden, for instance, is generally thought to be a friend to alternative energy and infrastructure plays while Trump is considered to be an ally of fossil fuels and big industry.

However, the post-election landscape often can look quite different than the pre-election landscape, and investors would be wise not to put too much emphasis on political composition, according to Andrew Slimmon, senior portfolio manager at Morgan Stanley.

This time around, investors instead should be watching what he calls an “excellent” landscape following the election, one set up by an accommodative Federal Reserve that still will be driving market returns until conditions change.

“It’s more interesting talking about Donald Trump or Joe Biden than Jerome Powell,” Slimmon said, respectively referring to the two candidates and the Fed chairman. “Fed policy is tough to get your hands around.”

Yet it’s been the central bank’s approach to interest rates and other aspects of monetary policy that have helped or hindered the market, beyond the politics of whichever candidate gets elected.

Looking at recent history, it would have been easy to think that George W. Bush was the pro-business president when he was elected in 2000. Yet the market slumped after he got into office.

Conversely, many in business feared that Barack Obama would not be their friend when he won in 2008. Yet stocks did well in the aftermath of that election.

The difference: The Fed was tightening policy in 2000 to tamp down the excesses of the dotcom bubble, while it was loosening in 2008 to help rescue the economy from the throes of the financial crisis and the accompanying Great Recession.

“Anyone that bought stocks after George Bush’s election or sold based on Barack Obama’s were focused on the wrong thing,” Slimmon said.

When Trump was elected in 2016, convention wisdom was that bank and energy stocks would perform well. Instead, they’ve trailed the market.

To be sure, the Trump market did not depend on Fed policy as much as some of his predecessors. The Fed was tightening in the early years of the 45th president’s term and stocks did well anyway. However, the market lost much of its steam as the Fed indicated it would continue tightening, and it wasn’t until the historically loose pandemic-era policies that stocks took off again.

Slimmon did add that it’s more than an easy Fed that will power returns ahead.

Corporate profits not only have been good, but CEOs also have been delivering positive guidance at a 2-to-1 pace so far through third-quarter earnings season, according to FactSet. Economic momentum also appears strong, with GDP rising at a record 33.1% annualized pace in the third quarter and manufacturing activity hitting a two-year high in September.

With all that, a friendly Fed serves as an important tailwind.

“You’ve still got the Fed,” Slimmon said. “I would argue that what the Fed is doing is a lot more important than who wins the election.”

From an investing perspective, Slimmon prefers stocks that have been left behind by the popular stay-at-home trade of 2020. Big Tech has taken the market leadership a investors have favored companies that are best poised to win when economic activity is restricted.

On the downside, he expects that the emergence of a Covid-19 vaccine could spell the end of the current cycle.

“My basic view is that the market will do well until we get through this pandemic. At that juncture I think if we have a vaccine, Wall Street will have raised their outlooks and margin estimates will have gone up and that ability to beat becomes tougher,” Slimmon said. “I don’t think the Fed will change their policy [immediately], but they’ll start to shift rhetoric, and that’s when it’s going to get tougher for equities.”

Mon Nov 2 , 2020
The beauty industry is taking a hit amid the coronavirus pandemic. FOX Business’ Kristina Partsinevelos with more. Estee Lauder Cos Inc beat analysts’ estimates for quarterly results on Monday, benefiting from strong Chinese demand and a surge in online orders for its skincare products, sending its shares about 4% higher in […] 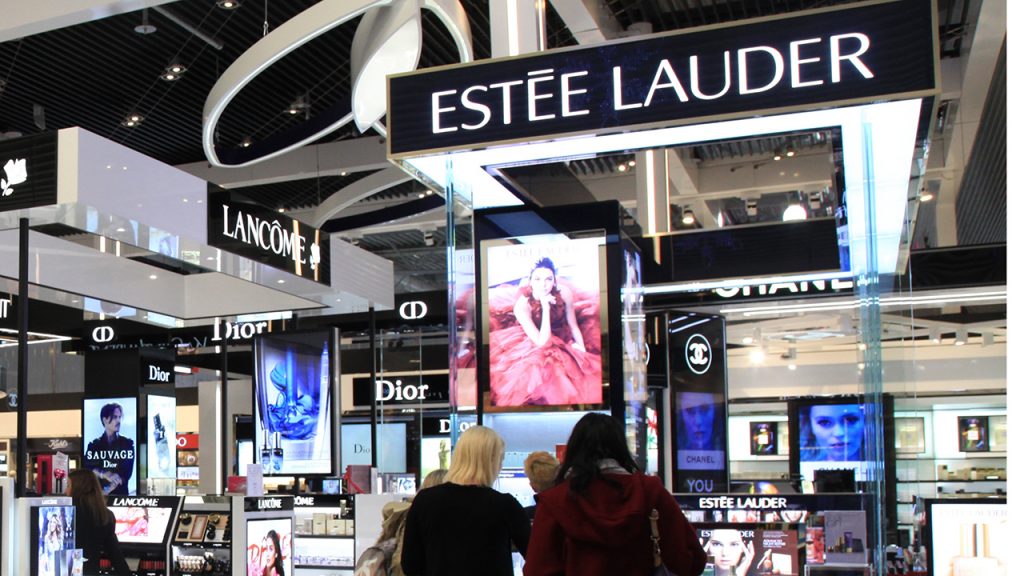