Robert Kramer on distributing the vaccine.

The CEO of Emergent BioSolutions, the government contractor that destroyed 15 million doses of Johnson & Johnson’s COVID-19 vaccine, sold more than $10 million worth of his stock in the company before its share prices plummeted.

Securities filings show that Robert Kramer sold more than $10.6 million in shares between January and February – right before Emergent’s stock prices tumbled on Feb. 19, after the company published its fourth-quarter earnings results. Since mid-February, Emergent stock has plunged from about $125 a share to about $62 a share, a decline of roughly 50%.

At current market prices, the stocks that Kramer sold would now be worth about $5.5 million. It marked Kramer’s first substantive sale since 2016, according to The Washington Post, which first reported the news.

Kramer made the recent sales by exercising stock options awarded to him as part of his compensation package, which allowed him to buy stocks for about $2.5 million and then sell them at market price. The sales were made as part of a trading plan that Kramer adopted on Nov. 13, which are made in advance to help protect company employees from being accused of insider trading, the filings show.

The 64-year-old’s remaining stake in Emergent is worth about $10.1 million, the Post reported, and he has almost 60,000 stock options that he may begin exercising next year.

The New York Times, citing internal logs, reported earlier this month that the Baltimore-based plant had to discard one batch of AstraZeneca’s coronavirus vaccine in October 2020 because of suspected contamination. And in November, the company had to discard a batch of Johnson & Johnson vaccines following an error by some employees involving a gas line.

Those mishaps took place just a few months before it was discovered Emergent ruined 15 million Johnson & Johnson doses after contamination with the AstraZeneca vaccine. The company’s shares fell close to 14% after news of the ruined doses on March 31.

The company has drawn scrutiny for almost a year, when a Food and Drug Administration inspector in April 2020 found violations at the Baltimore plant, including failures to follow testing procedures and inadequate training, the Post previously reported.

Emergent was also sued for $19 million in July 2020 after a company asked them to produce an experimental ricin vaccine; that company had already distributed doses of the vaccine to study participants when Emergent disclosed that it had supplied drugs that were outside of specification, the Post reported. Emergent has denied liability for the damages.

Emergent did not immediately respond to a FOX Business request for comment, but spokesperson Nina DeLorenzo told the Post: “Mr. Kramer, our executive team, and our board of directors are held to the highest ethical standards and follow strict compliance with all laws and regulations governing financial transactions. Any insinuation of wrongdoing is without evidence or merit.”

Investors sued Emergent, Kramer and other executives in federal court in Maryland last week, accusing the company of failing to disclose manufacturing issues at its Baltimore plant that increased the likelihood of “massive contaminations.”

Kramer has served as Emergent’s CEO since April 2019. Prior to that, he was the firm’s chief operating officer, and before that, its chief financial officer. Since 2012, the first year that his full pay package was reported by Emergent, Kramer has received about $20.1 million in compensation, most of it through stock and stock options, the Post reported.

Mon Apr 26 , 2021
NASA to send spacecraft to 16 Psyche asteroid – CBS News Watch CBSN Live NASA is working to uncover the mystery behind an asteroid that may contain a priceless treasure trove of minerals. The space agency is planning to send an unmanned spacecraft to the chunk of metal known as […] 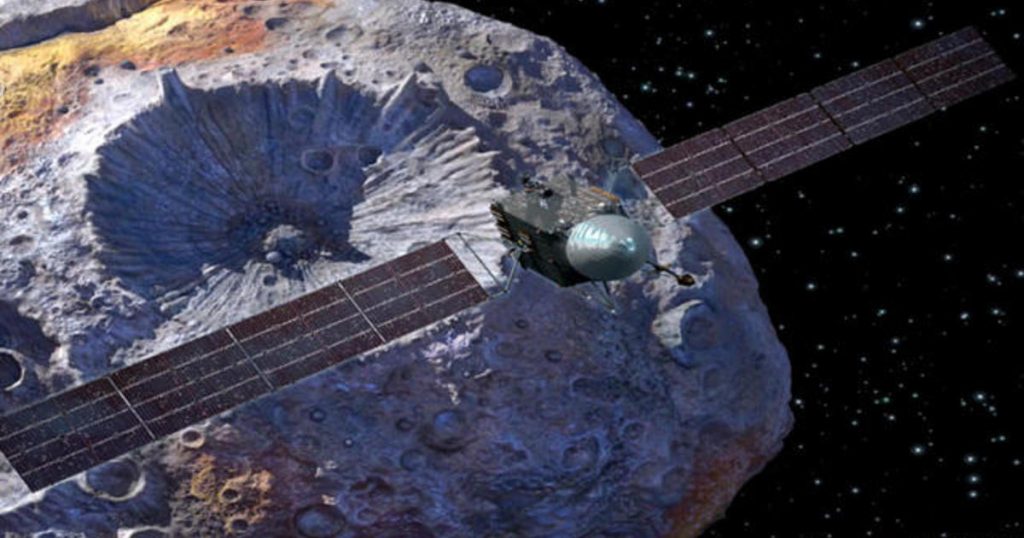