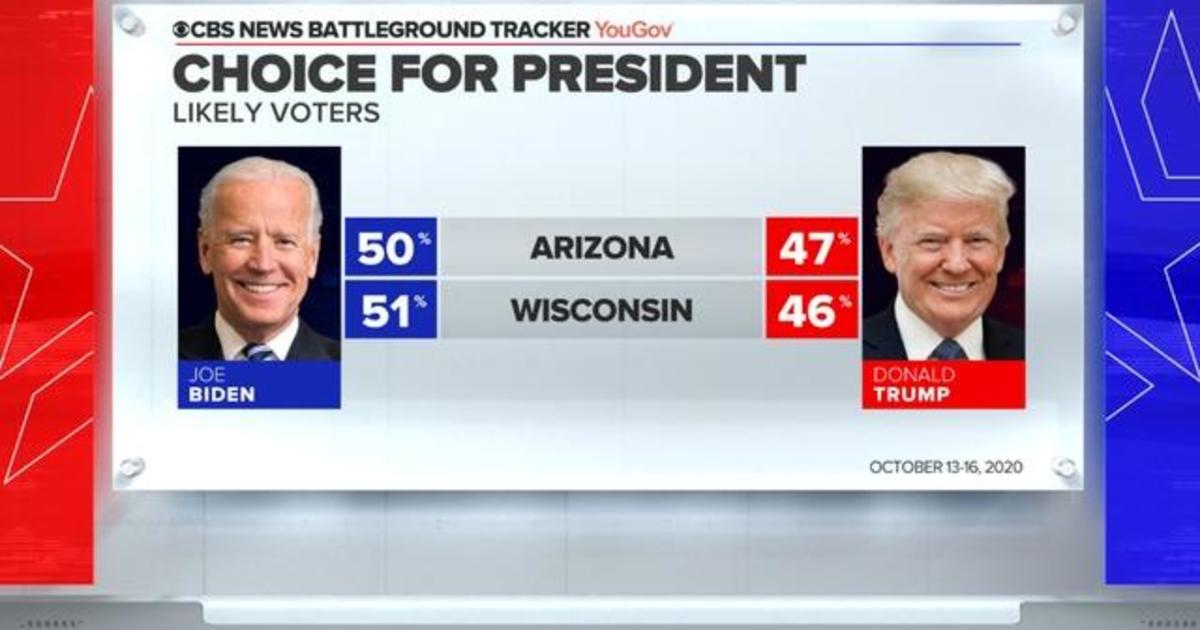 A new CBS News Battleground Tracker poll finds former vice president Joe Biden ahead of President Trump in Arizona and Wisconsin, the states he won in the 2016 election. CBS News elections and surveys director Anthony Salvanto joins CBSN’s Lana Zak to discuss why the president is trailing in both these critical states.

Sun Oct 18 , 2020
Police are searching for the suspect after he fled the scene. October 18, 2020, 9:44 PM • 2 min read Police in Georgia are asking for the public’s help in finding a suspect who they say shot and killed a 12-year-old boy in front of his family. Clayton County Police […]