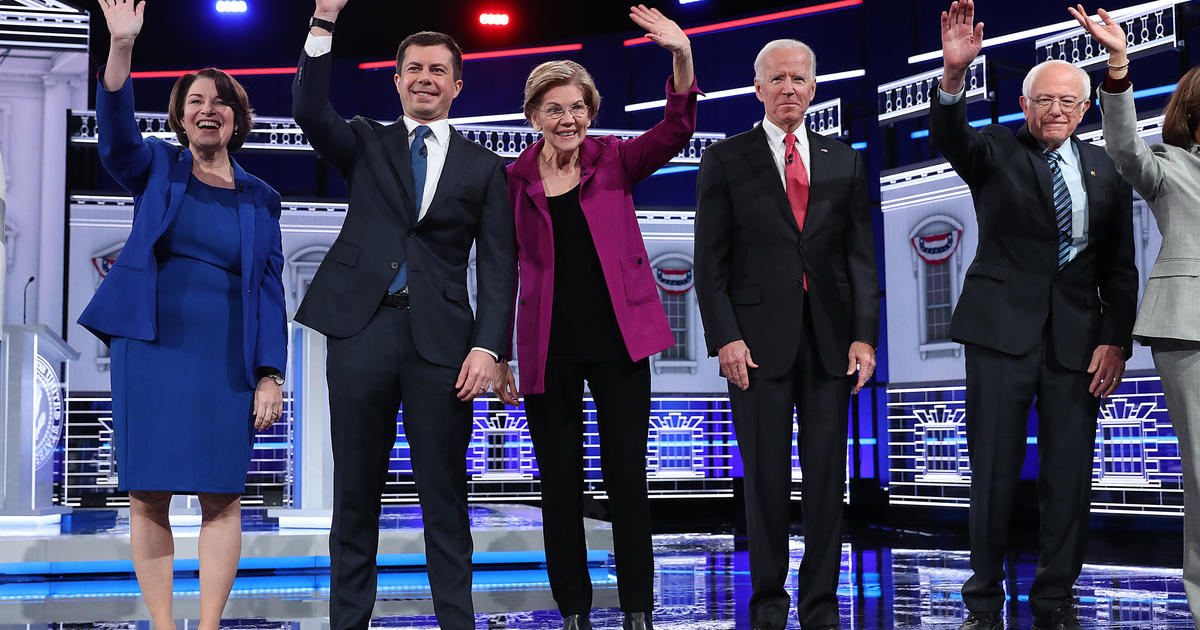 CBS News has been closely tracking the Democratic presidential race since the summer, regularly polling registered voters across the 18 early states that hold their nominating contests through Super Tuesday on March 3, 2020. These primaries and caucuses account for nearly 40 percent of the delegates up for grabs nationwide.

We have conducted five waves of CBS News/YouGov Battleground Tracker polling so far: in June, July, September, October, and November. We’ve also followed up with the same voters at different points in the campaign, allowing us to look at who has changed their mind. Here are five takeaways from our five waves.

1. The race is fluid

This has been and still is a fluid race. When we launched in June, Joe Biden held a formidable lead, with 31% of Democratic likely voters picking him as their first choice in early states. Elizabeth Warren and Bernie Sanders were then neck-and-neck for second place.

In the subsequent months, Warren’s percentage steadily grew, while Biden hovered around 25%. Warren eventually eclipsed him in the fall, but then dropped a handful of points last month — a decline that came after a period of fairly heavy scrutiny — giving Biden the edge again.

Sanders has polled between 15% and 19% in each wave, with most of his backers saying they strongly support him. This consistent support has put him in third place in each poll, except in July, when Kamala Harris achieved her high point of 16%, not long after criticizing Biden in the June debate. However, in our September poll, Harris’ support dropped to 8% — with many of her backers switching to Warren — and never bounced back.

Pete Buttigieg’s overall support has hovered between 5% and 9%, putting him in fifth place each wave until November, when he placed fourth in support. Underlying his recent momentum has been a boost in support in Iowa and New Hampshire.

One reason the race has been fluid is that most voters tell us they’re considering multiple candidates. Before we ask voters which candidate they would vote for, we give them a list that includes every candidate running for the Democratic nomination and ask them to select all they are considering.

On average, voters have been considering between three and four candidates at a time. This number has decreased a bit since the summer, as more voters home in on a single candidate, but the majority still tell us they’re considering candidates other than their top choice.

In each wave, Warren and Buttigieg backers have been more likely to say they’re considering other candidates, though this number has decreased over time, particularly among Warren’s supporters.

3. Voters have been changing their minds

Month to month, about a quarter of Democratic likely voters switched their vote choice: that is, a quarter reported a different firs choice than they did when we surveyed them in the previous month.

From June through October, Warren’s backers were among the least likely to change their minds, helping boost her standing. However, this changed in November, with about three in ten of her October supporters choosing a different candidate.

The chart below shows where each candidate’s October supporters went in November (with a focus on the top five candidates in our polling). The two candidates who benefited the most from Warren’s former supporters were Buttigieg and Biden.

Biden also pulled 8% of Buttigieg’s October supporters and 7% of Sanders’ October supporters, helping to improve Biden’s overall support from the previous month. Harris lost about one in ten of her October backers to both Biden and Warren.

Last month, just one third of early-state Democrats told us they’ve definitely made up their minds about their vote choice, so expect more change in the coming weeks. Voters’ second-choice candidates offer a clue about where they might go. With Harris recently exiting the race, her supporters now have a choice to make. Last month, a 38% plurality picked Warren second, and 22% picked Biden second.

4. Liberals and moderates have different priorities

When we ask Democrats to describe their ideology, they divide roughly equally into three groups: the very liberal, somewhat liberal, and moderate. While there’s a lot they agree on, they divide on what they think Democratic Party’s 2020 messaging should be. The very liberal want the party to advance “a more progressive agenda than the country had under Barack Obama,” while moderates prefer a return-to-normalcy message.

Relatedly, these groups split on one of the key policy issues in the campaign: health care. When it comes to Medicare for All, for example, a 71% majority of very liberal Democrats favor the policy, while support drops to 46% of the somewhat liberal and just 35% among moderates, who say it depends on the details.

The very liberal have been the most engaged in the campaign so far and tend to pick Warren or Sanders as their first choice, while Biden has dominated among the moderate wing. That said, the candidates don’t sort neatly into ideological “lanes” when it comes to voters’ choices. Among voters who changed their mind, two of the most common switches last month were from a more liberal candidate to a more moderate one: Warren to Buttigieg and Sanders to Biden.

5. Electability is top of mind

Beating Donald Trump in 2020 is very important to Democrats. However, just a quarter say they feel very confident that their eventual nominee will do so, a number that has barely moved since the summer. The rest are equally divided between feeling “somewhat confident” and uneasy.

When we ask voters about specific candidates’ chances of beating Trump, Biden has received the highest marks each time. In October, two thirds of voters considering Biden said he would probably beat Trump. However, the gap between Biden and other candidates has narrowed on this measure of electability.

Mon Dec 9 , 2019
This aerial photo shows White Island after its volcanic eruption in New Zealand, December 9, 2019. George Novak/AP A volcano erupted Monday on a small New Zealand island frequented by tourists, leaving at least five people dead and others injured. The eruption sent a large plume of steam and ash […] 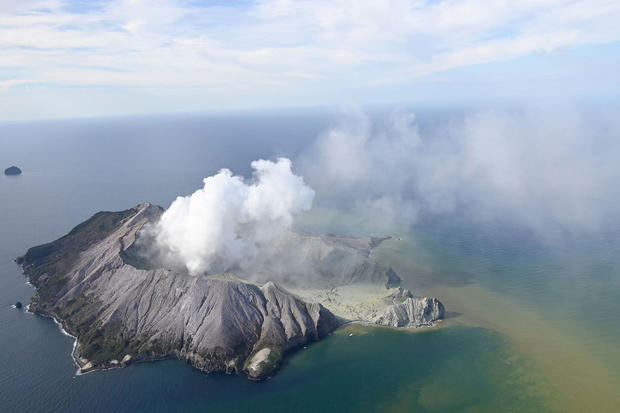