FILE PHOTO: U.S. dollar notes are seen in this picture illustration taken at the Bank of Taiwan in Taipei November 11, 2010. REUTERS/Nicky Loh

LONDON (Reuters) – Caution prevailed on foreign exchange markets on Tuesday in the hours ahead of polls opening in the United States as investors braced for possible post-election disputes that could trigger a burst of volatility for the dollar.

Markets are singularly focused on the election result, but rather than outright bets on a particular outcome many traders have flocked to the safety of dollars so that they are well positioned to take advantage of volatility when results arrive.

“Those who haven’t hedged yet but who would feel the pain in case of strong moves should hedge themselves as soon as possible, as it is getting increasingly expensive”, Commerzbank strategist Antje Praefcke wrote to her clients in a note.

“There is only one thing we can do: fasten seatbelts, put the helmets on and wait what happens in EUR-USD over the coming days”, she said, adding that “even riots in the U.S. cannot be excluded, which may cause the market to sell the dollar.”

In early morning European trading, the dollar was down 0.2% against a basket of currencies <=USD> at 93.831 after hitting a month-high on Monday.

Analysts said a Biden win could weaken the dollar as he is expected to spend big on stimulus and to take a freer approach to trade – boosting other currencies at the dollar’s expense.

But with battleground states too close to call and with the prospect of either a Trump victory or an inconclusive result likely to support the dollar, selling was limited.

“It’s a bit reckless to position ourselves for one outcome of the election… We’ve positioned ourselves to trade the post (election) volatility”, said Stuart Oakley, a London-based executive at Nomura.

Beneath the steady spot prices, volatility gauges are soaring in an indication that things could get bumpy as election results arrive through the Asian session on Wednesday.

One-week implied volatility for the euro <EUR1WO=R> and yen <JPY1WO=R> were both above 11%, the highest since the beginning of April.

President Donald Trump, who is trailing Democratic rival Joe Biden in national opinion polls, has made attacks on mail-in ballots and suggested he would deploy lawyers if states are still counting votes after Election Day on Tuesday.

It is not unusual in the United States for states to take several days or even weeks to count their votes, and a record surge in mail ballots as a result of the coronavirus pandemic could draw out the process further this year.

The Aussie <AUD=D3> ticked 0.1% higher after an initial dip after the Reserve Bank of Australia lowered its policy interest rate by 15 basis points to 0.1% and announced a bond-buying programme, as widely expected.

Tue Nov 3 , 2020
Richard Bernstein Advisors CEO Richard Bernstein provides insight into the markets amid the presidential election and the coronavirus pandemic. U.S. equity futures are indicating gains when trading begins on this Election Day. Continue Reading Below The major futures indexes suggest a rise of 1.2% at the opening bell. GET FOX BUSINESS […] 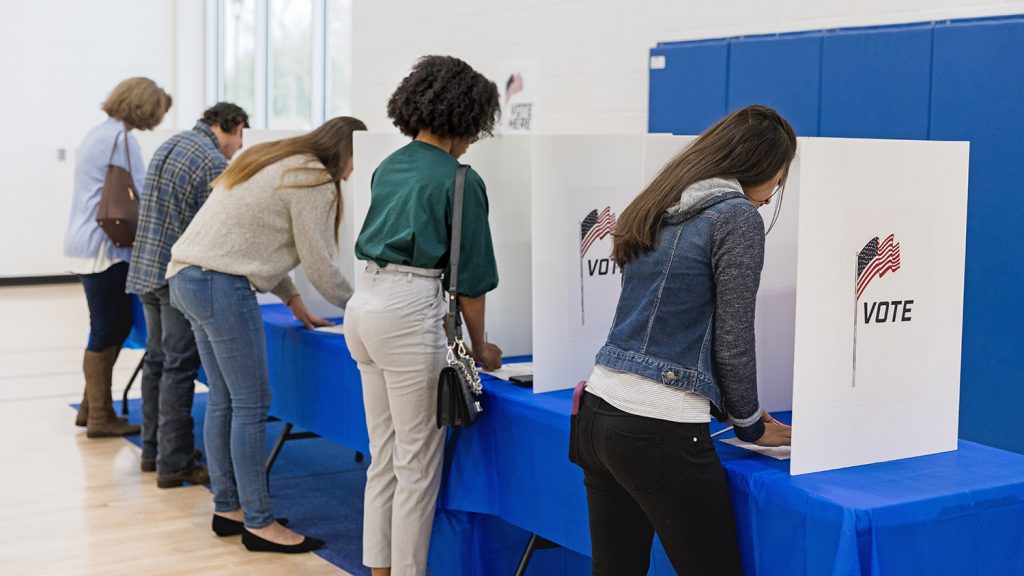