Xilinx (NASDAQ: XLNX) is sitting on a massive opportunity thanks to the growing demand for its chips in the field of artificial intelligence (AI). The chipmaker controls the majority of the field-programmable gate array (FPGA) market — chips that are finding traction in AI applications — by successfully keeping rival Intel (NASDAQ: INTC) at bay on the back of solid product development moves.

But AI is just one of the reasons why you should consider Xilinx for your portfolio. The chipmaker pays a dividend that’s well above the tech sector’s average yield of 1.11%, and it has been increasing every year since 2011. But with Intel breathing down its neck, will Xilinx be able to sustain the growth of its dividend?

How safe is the dividend?

Xilinx has a forward dividend yield of 1.84%. Its latest dividend increase came in April this year when the quarterly payout was raised by a penny to $0.36 a share. As the company has nearly 253 million shares outstanding, it is poised to pay out nearly $364 million in dividends over the next year.

The company generated $512 million in net income during the latest fiscal year, which ended in March 2018. It paid out $353 million in the form of dividends, accounting for 69% of its earnings. Meanwhile, Xilinx generated $739 million in free cash flow in the trailing twelve months thanks to low capital expenses, which means that its payout ratio was a much more conservative 48% based on the free cash flow.

The problem, however, is that its earnings have taken a hit of late. Xilinx’s net income dropped close to 18% annually during fiscal year 2018, despite an 8% increase in revenue. That’s because the company ramped up its operating expenses by 10% as it spent more on research and development, to boost its product development efforts and keep the competition at bay.

In fact, the company’s R&D expenses have been rising at a faster pace than the top line:

So, Xilinx’s ability to increase its dividend is very limited right now. As a result, the company has been conservative when it comes to boosting the payout — its latest increase earlier this year was a paltry 2.9%. On the flip side, the company’s conservative payout indicates that the dividend is safe.

More importantly, Xilinx is in a position to give its dividend a major bump in the long run. The increasing demand for FPGAs in AI applications and the company’s lead in FPGA technology eventually should lead to better bottom-line performance and an increase in free cash flow.

FPGA’s provide cost efficiencies in both the training and inferencing phase of AI models, positioning them to be a key catalyst for Xilinx. FPGAs are better than graphics processing units (GPUs) in certain AI-related applications, which is why the FPGA market is expected to jump from $6.9 billion in 2016 to $12.1 billion in 2024.

The good news is that Xilinx controls close to 60% of the FPGA market, with plans to further boost its market share to 65% in the next three years. The business is well positioned to hit this market share target thanks to its technology lead over Intel. As it stands, Xilinx is set to roll out its advanced FPGAs in 2019.

Intel’s competing 10nm chips were expected to hit the market in 2015 but likely will not see the light of the day until 2020, as the chip giant is stuck on the 14nm process for the foreseeable future. This gives Xilinx an opportunity to boost its lead over Intel: Chips based on a smaller manufacturing node are better in terms of both power consumption and manufacturing costs, and they carry more processing power.

More importantly, Xilinx’s technology lead is helping it score lucrative contracts. Amazon is already using Xilinx’s FPGAs in one of its virtual servers, while Daimler is developing an AI-based in-car system using the chipmaker’s automotive platform.

Patience will pay off

Xilinx is setting itself up for long-term growth, so investors shouldn’t be overly concerned about the drop in its net income last year. Once its latest products hit the market next year, the company can increase the 18-month technology lead that it currently enjoys over arch-rival Intel.

That’s because Intel’s competing FPGAs are still a couple of years away as we saw earlier. This strong technology lead will help Xilinx boost sales as it will be in a stronger position to tap the FPGA market’s growth, which should eventually boost its bottom line and increase the free cash flow. In fact, consensus estimates project that Xilinx’s bottom line will grow at nearly 16% per year for the next five years.

So, Xilinx will be in a stronger position to boost its dividend. This is why dividend investors should keep this stock on their radar: It can provide a solid combination of AI-driven growth and a higher payout in the long run.

10 stocks we like better than XilinxWhen investing geniuses David and Tom Gardner have a stock tip, it can pay to listen. After all, the newsletter they have run for over a decade, Motley Fool Stock Advisor, has quadrupled the market.*

David and Tom just revealed what they believe are the 10 best stocks for investors to buy right now… and Xilinx wasn’t one of them! That’s right — they think these 10 stocks are even better buys.

John Mackey, CEO of Whole Foods Market, an Amazon subsidiary, is a member of The Motley Fool’s board of directors. Harsh Chauhan has no position in any of the stocks mentioned. The Motley Fool owns shares of and recommends Amazon. The Motley Fool has a disclosure policy.

Wed Oct 10 , 2018
Taylor Swift won three awards at the 2018 American Music Awards, including the biggest honor of the night, artist of the year. The three AMAs made her the most decorated musician ever in AMA history. Swift made her first awards show performance at the AMAs in three years with “I Did Something […] 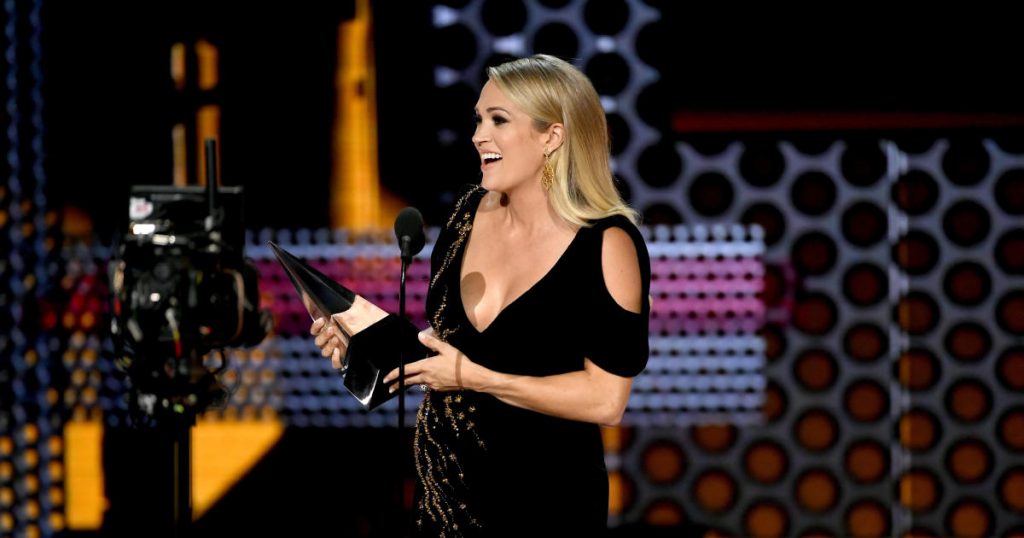