By Howard Schneider and Jonnelle Marte

WASHINGTON (Reuters) – For St. Louis Fed President James Bullard, the current surge in U.S. coronavirus cases can be controlled and the economy recover if households are just nudged in the right direction, exhorted in a ‘this-time-we-mean-it’ push to wear masks and take other steps that health officials have urged since March.

New York Fed President John Williams says a full recovery will have to wait for a vaccine, with the health crisis putting a “question mark” on the economy until then; Minneapolis Fed President Neel Kashkari has called for a four-to-six week national lockdown to try to stop the pandemic in its tracks.

Across what is one of the country’s most technocratic and PhD-heavy institutions, months of singular focus on the path of the pandemic and its impact on the U.S. economy has yielded this: Who the heck knows?

Separate comments by Williams and Bullard on Friday laid out the competing ideas circulating at the U.S. central bank about where things stand and what might happen in coming months. Kashkari called for a lockdown earlier this year, the only Fed policymaker to advocate that extreme a step.

Fed policy is likely set for either outcome, though the discussion could influence the broader debate over how other branches of government should react as the pandemic intensifies.

Daily new infections in the United States surpassed 163,000 on Thursday, crossing the 100,000 mark for a ninth consecutive day, and the death toll rose by 1,173 to a total of 242,982. Hospitals in some states are reaching capacity.

Millions of Americans remain out of work and some industries, such as entertainment and hospitality, remain severely hampered in what they can do.

Still, Bullard on Friday said he felt the roughly $3 trillion in pandemic-related relief passed by Congress in the spring was large enough to address most of the fallout from the ensuing recession, which he argued ended in April with the start of a recovery that continues to move faster than expected.

Businesses and households are adapting and “a huge fraction of the economy is able to produce their good or service even though they have to deal with the pandemic … and it can be produced safely,” Bullard said in a webcast to the Economic Club of Memphis.

Those left out still need help, Bullard acknowledged, but targeted assistance coupled with stricter attention to individual hygiene should curb the pandemic and allow the recovery to proceed even if a vaccine takes longer than expected to materialize.

Williams credited that fiscal aid with boosting the recovery and said it was “the reason consumers are still able to spend.” However, he said he worried the economy will remain hampered until there is a vaccine.

Progress announced recently on that front offered “positive signs” about the ability to move beyond COVID-19 in the next year or so, Williams said in an interview with the Financial Times. Pfizer Inc <PFE.N> announced earlier this week that its experimental COVID-19 vaccine is more than 90% effective, according to initial trial results.

But the economy is still in a “deep hole” and “the very large rise in COVID cases recently clearly puts a question market on the ability of the economy to weather this period,” Williams said.

Fri Nov 13 , 2020
A member of President-elect Joe Biden‘s coronavirus task force urged Americans on Friday to avoid traveling over Thanksgiving, saying it would only make the pandemic much worse. “Right now we have a fire blazing, and to me traveling and spending time with people over the holidays is sort of like […] 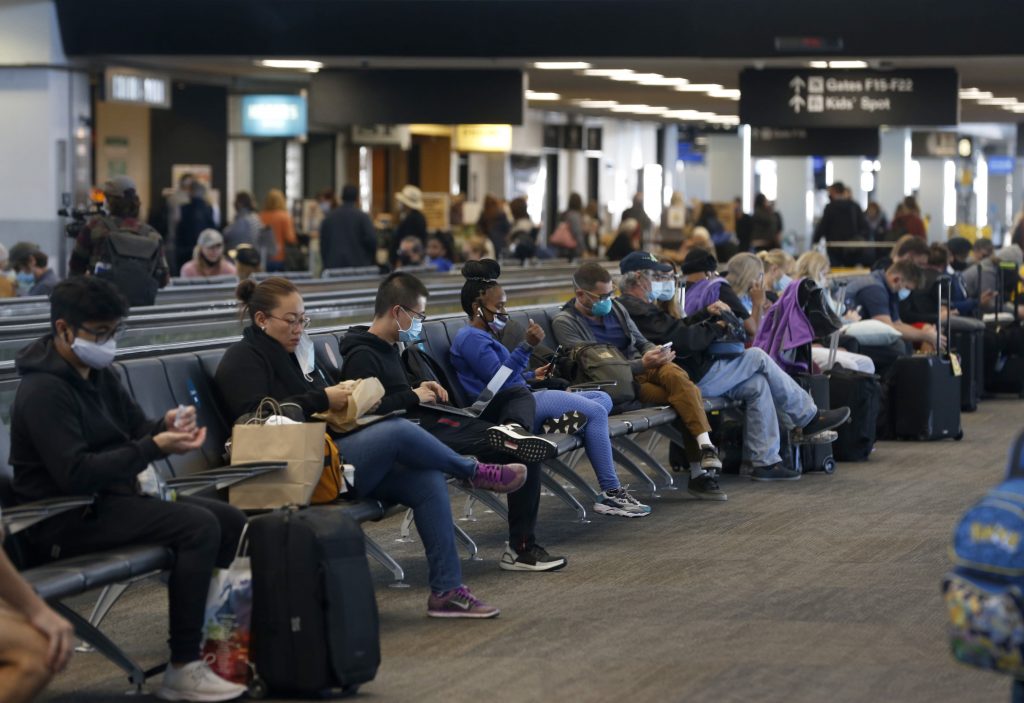