Saturday marks the 10th anniversary of the longest bull market in history, however global slowdown fears are creating serious questions over whether the record run can continue.

U.S. markets are on track for their worst week of 2019, so far, amid deepening worries across the globe. In China, February data showed exports collapsed 20.7% from a year ago. In Europe, new stimulus measures were announces to prop up the faltering economy. And in the U.S., February’s weaker-than-expected employment report sparked a debate over future jobs growth.

“As long as the other fundamental factors that I look at remain true, which is that earnings are growing, the Fed has gone on hold, valuations are reasonable, this bull market can continue,” he told FOX Business’ Connell McShane on “Cavuto: Coast-to-Coast” on Friday.

Consumer discretionary and technology are the sectors seeing the biggest advancements in this bull market, popping over 500%. While energy saw the smallest gains with a 54% jump.

Apple skyrocketed 1,352% under this bull market, making it the Dow’s biggest gainer. Exxon Mobil, which once had the largest valuation in the world, saw Dow’s weakest gains with a 24% jump.

Yet according to Timmer, there are many investors that missed the record run because they don’t trust the market.

“They’re still traumatized by the global financial crisis even though it was 10 years ago or 11 years ago and they’re waiting for the other shoe to drop,” he said.

Fri Mar 8 , 2019
Baltimore — Adnan Syed, the subject of the popular podcast “Serial,” will not be getting a new trial. The Maryland Court of Appeals reinstated Syed’s conviction on Friday afternoon, CBS Baltimore reported. Syed’s attorney, Justin Brown, tweeted after the opinion was released. “We will not give up,” he posted. Syed was […] 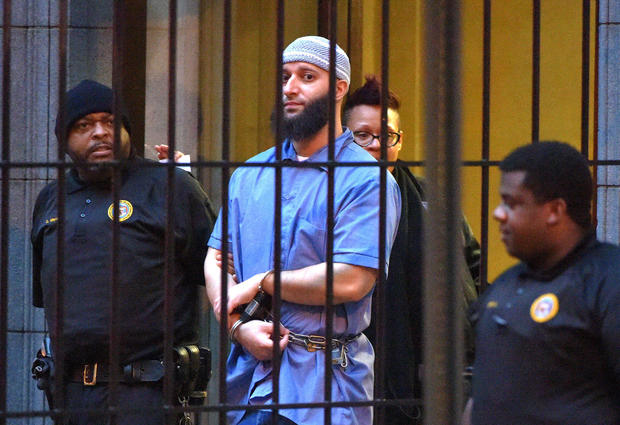