D-Day veteran Harry Read makes his final preparations with members of the Army Parachute Display Team before flying to Normandy in France where he will make a parachute jump as part of the 75th D-Day commemorations, in Duxford, Britain, June 5, 2019. REUTERS/Peter Nicholls

SANNERVILLE, France (Reuters) – Two British war veterans in their mid-nineties parachuted over the fields of Normandy, northern France, on Wednesday, 75 years after they jumped behind German defences on D-Day in an operation that helped turn the tide of World War Two against Adolf Hitler.

Against a pinkish evening sky blanketed in dark clouds, the parachuters left swirling crimson smoke trails as one carried a giant Union Jack. Both veterans landed safely and looked up as the sky was filled with dozens of domed, khaki chutes, now as then.

Read was just 20-years old and Hutton, known to his friends as Jock, was still a teenager when they leapt out of their transport aircraft under cover of dark with the British 6th Airborne Division in the early hours of June 6, 1944.

“It was a different world then. It was a world that requires young men like myself to be prepared to die for a civilisation that was worth living in,” Read said.

“So there was a very heavy necessity for young men like me to put my life on the line. My life wasn’t on the line today,” he added, describing the jump as “thoroughly enjoyable”.

They were among more than 8,000 soldiers who were tasked with protecting the Allied left flank from counter-attack as the biggest seaborne invasion in history landed ashore and advanced inland.

Earlier, some 280 British and French paratroopers re-enacted the D-Day airdrops near the Norman town of Sannerville in honor of the airborne assaults 75 years ago.

The commemorations brought together the greatest number of Douglas C-47 Dakota aircraft since the Second World War, flying the same route as they did 75 years ago.

The drop zone for the events in Sannerville was one of four used by the division on D-Day.

Their objective: destroy three German-held bridges to cut off nearby reinforcements from responding to the Allied invasion, then set up a defensive barrier in nearby woods.

But bad visibility and missed drops meant the battalion was scattered across a wide area and faced a perilous trek to the rendezvous point through ground dominated by a German tank division. They maintained their defensive front for 10 days.

(Reporting and writing by Rachel Joyner; editing by Richard Lough)

Thu Jun 6 , 2019
article China’s Commerce Ministry will release a list of “unreliable” foreign companies in the near future, a spokesman said Thursday, without giving a specific date. Continue Reading Below The new list, announced last week, is widely seen as a response to a U.S. decision to put Huawei Technologies on a […] 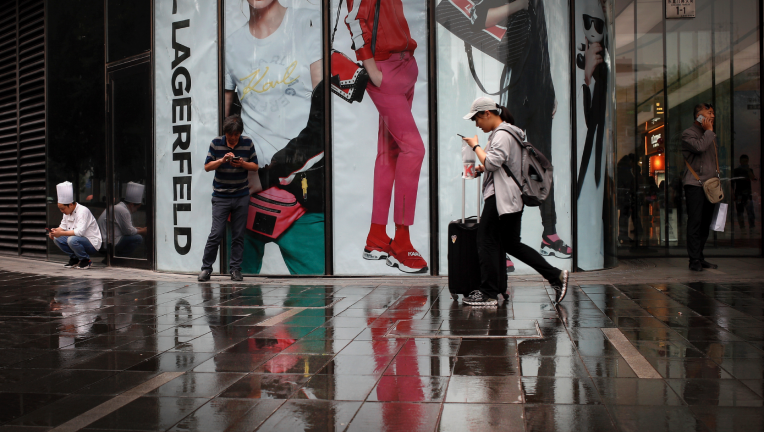