LONDON (Reuters) – British Prime Minister Theresa May will be questioned by lawmakers on Thursday after her draft Brexit deal with the European Union was mauled by opponents, allies and mutinous members of her party who warned it could sink her premiership.

May won the backing of her senior ministers after a five-hour meeting on Wednesday though she now faces the much more perilous struggle of getting parliament, which has the final say, to approve the agreement. It is unclear when that vote might happen.

More than two years after the United Kingdom voted in a referendum to leave the EU, May said the deal was the best the world’s fifth-largest economy could hope for and that the other options were leaving with no deal or thwarting Brexit.

Nick Timothy, one of May’s former chiefs of staff, said her deal was a capitulation that parliament would reject.

“When parliament rejects the prime minister’s proposal, as surely it will, there will still be time for ministers to negotiate something better,” Timothy wrote in the Daily Telegraph newspaper.

Timothy, who resigned after May’s botched gamble on a snap election that lost her party its majority in parliament, said Britain should use its security contribution as a bargaining chip to get a better deal.

May will give a statement to parliament on Thursday on the deal which she hopes will satisfy both Brexit voters and EU supporters by ensuring close ties with the bloc after Britain leaves on March 29.

The ultimate outcome for the United Kingdom remains uncertain: scenarios range from a calm divorce to rejection of May’s deal, potentially sinking her premiership and leaving the bloc with no agreement, or another referendum.

Getting a deal through parliament will be difficult. She will need the votes of about 320 of the 650 lawmakers.

“The parliamentary arithmetic has looked tight for some time,” Goldman Sachs said in a note to clients. “It now looks tighter, given signs of greater unity among those who object to the draft Agreement.”

“We’re in the Brexs**t – Theresa May’s soft Brexit deal blasted by ALL sides,” read the headline in The Sun, Britain’s best read newspaper.

The Northern Irish Democratic Unionist Party (DUP) which props up May’s government, said it would not back any deal that treated the British province differently from the rest of the United Kingdom. 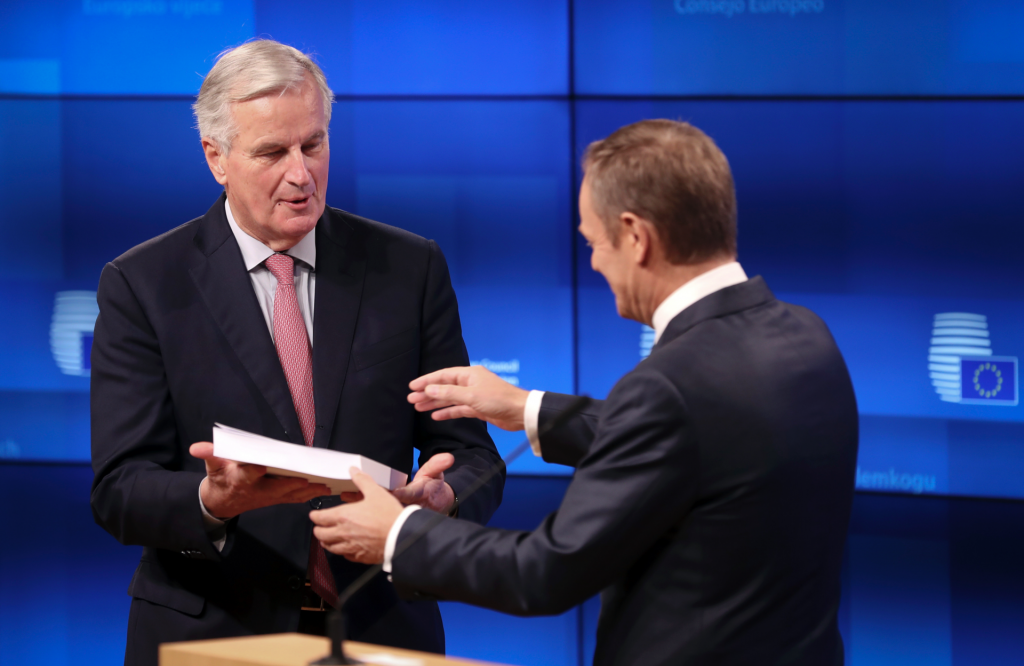