Cuomo said at a press briefing that he also asked Delta Air Lines and Virgin Atlantic to abide by the same requirements. The airlines didn’t immediately comment.

More than two dozen countries have cut off flights or restricted access from individuals traveling from Britain because of the new strain of the virus.

Mon Dec 21 , 2020
Virginia Governor Ralph Northam announced Monday that a statue of Confederate General Robert E. Lee has been removed from the U.S. Capitol building after representing the state there for 111 years.  “We should all be proud of this important step forward for our Commonwealth and our country,” Northam said in a […] 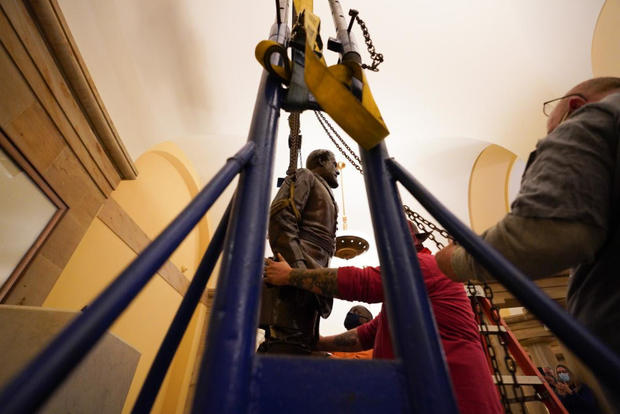