Britain’s Prime Minister Boris Johnson leaves Downing Street to head for the House of Commons as parliament discusses Brexit, sitting on a Saturday for the first time since the 1982 Falklands War, in London, Britain, October 19, 2019.

Britain has requested an extension of the Oct. 31 deadline to leave the European Union after U.K. lawmakers delayed a vote Saturday on the withdrawal agreement negotiated by Prime Minister Boris Johnson.

EU Council President Donald Tusk said he has received the extension letter and that he would begin consulting with EU leaders on how to respond to Britain’s request. It is the third time that Britain has asked the EU to delay the deadline for Brexit.

Johnson, however, did not personally sign the letter, according to media reports. Earlier on Saturday, Johnson said he would refuse to ask the EU for a delay to the current deadline after suffering a narrow defeat in Parliament.

Though Johnson personally opposes an extension, the British government was forced to ask for one after U.K. lawmakers delayed approval of Johnson’s withdrawal agreement and voted to activate a law that required Downing Street to ask Brussels to push back the deadline for Brexit.

That amendment triggering the law, known as the “Benn Act,” was backed by 322 votes to 306.

Speaking after the setback, Johnson said he would “not negotiate a delay with the EU and neither does the law compel me to do so.” However by law, according to the Benn Act, Johnson had until 11:00 p.m. London time Saturday to send a letter to the EU requesting an extension.

Johnson also added: “I will tell our friends and colleagues in the EU exactly what I’ve told everyone in the last 88 days that I’ve served as prime minister: that further delay would be bad for this country, bad for the European Union and bad for democracy.”

Johnson has also previously stated he would rather be “dead in a ditch” than ask for more time from the EU.

His withdrawal agreement bill will now be introduced in the House of Commons early next week which would potentially mean a vote on Tuesday evening on what is termed the “second reading,” the initial stage of a passage of bill through the House of Commons.

Should it pass, this would be the first time the House has passed any bill relating to Brexit withdrawal deals.

Sat Oct 19 , 2019
The State Department has completed its internal investigation into former Secretary of State Hillary Clinton’s use of private email and found violations by 38 people, some of whom may face disciplinary action. The investigation, launched more than three years ago, determined that those 38 people were “culpable” in 91 cases […] 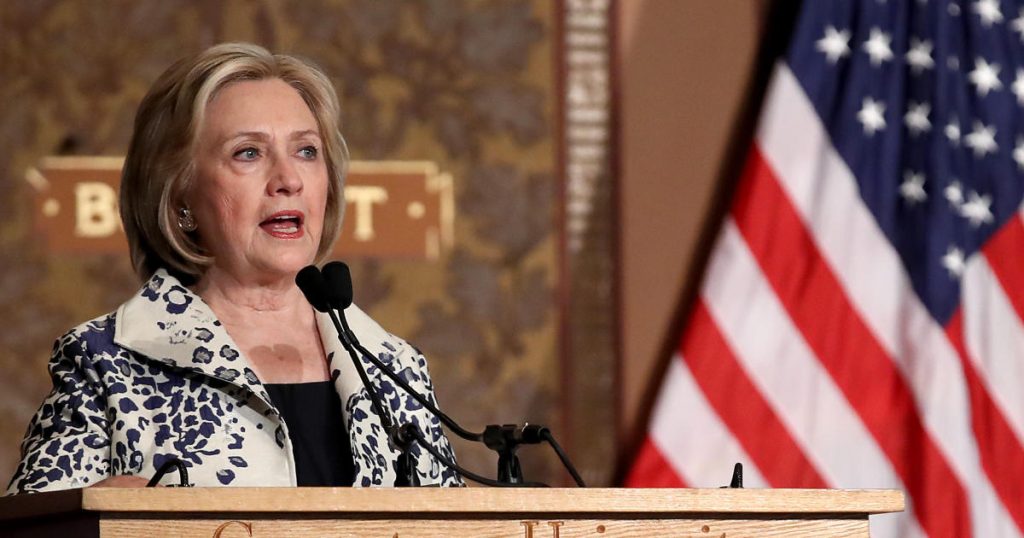