A bottle containing the ashes of a Texas man along with some handwritten notes from loved ones has been returned to the Gulf of Mexico, resuming its ocean journey after it washed up on a Florida Panhandle beach. The beachgoer who found the bottle near Miramar Beach handed it over to local authorities last week. Inside were some of the ashes of Brian Mullins, a tow truck driver from Garland, Texas, who died earlier this year at age 39.

Sergeant Paula Pendleton of the Walton County Sheriff’s Office said she cried while reading the notes, which included the phone number of the deceased man’s family. His mother had placed four $1 bills in the bottle to help pay for the phone calls she hoped people would make to update her family on the bottle’s journey.

“This bottle contains the ashes of my son, Brian, who suddenly and unexpectedly passed on March 9, 2019,” one of the handwritten notes said. “I’m sending him on one last adventure.”

“When my father passed, I was 14-years-old,” the message read. “It has struck our whole family pretty hard and, so far, it has been a very hard road. But, like my granny said, he loved to be free. So, that’s exactly what we are doing.”

Pendleton knew she had to help.

“I was overwhelmed with emotion,” Pendleton recalled. “I sat in here, in my patrol car, and cried like a baby.”

Pendleton enlisted an acquaintance who owns a charter boat to ferry the ashes far off the Florida coast. And on Friday, the bottle, the dollar bills and the ashes were again at sea.

“He was an avid fisherman. He wanted to travel the world,” his mother Darlene Mullins said, noting that her son had never gone ocean fishing. Garland, a suburb northeast of Dallas, is about 300 miles from the Gulf Coast.

Unable to afford to take her son’s ashes out to sea herself, the mother entrusted the task to relatives bound for Florida. While visiting the small Panhandle community of Destin in early August, the bottle was released into the tide.

“We thought it might have been the last we saw of the bottle,” Darlene Mullins said. “But we’ll see where it turns up again.”

Mon Sep 9 , 2019
Former South Carolina Congressman Mark Sanford initially planned to announce his presidential candidacy in front of a shrimp boat in Shem Creek or at a podium somewhere inside Fort Moultrie on Sullivan’s Island in his home state, he told CBS News in an interview Sunday. “But a hurricane came our […] 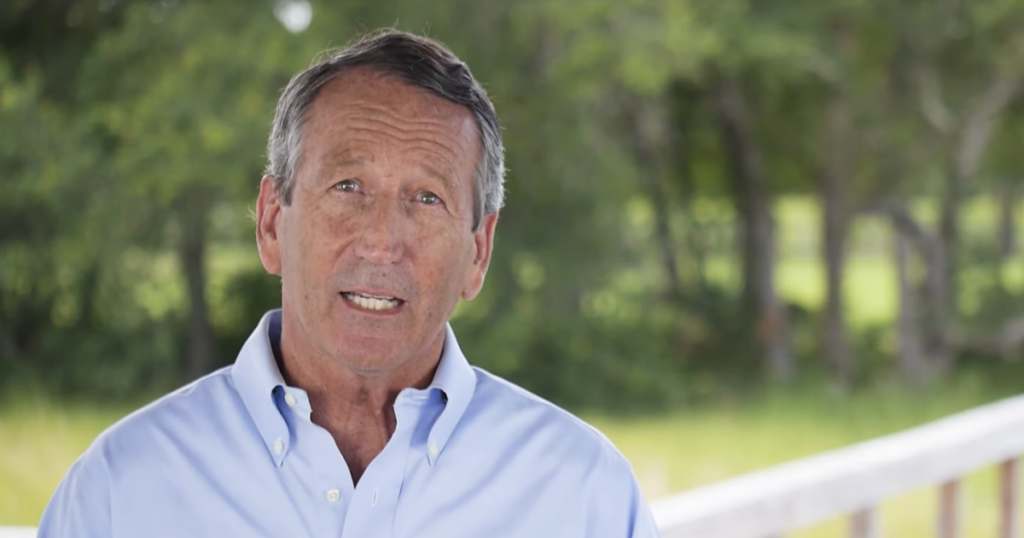