Boston Mayor Marty Walsh listens during a news conference to urge U.S. President Donald Trump not to withdraw from the Paris Climate Accord at City Hall in Boston, Massachusetts, U.S. May 31, 2017. REUTERS/Brian Snyder

BOSTON (Reuters) – Boston Mayor Marty Walsh on Wednesday said he has asked the city’s retirement board to end its relationship with money manager Kenneth Fisher, who is under fire for comments he made at a recent investment conference.

“Boston will not invest in companies led by people who treat women like commodities. Reports of Ken Fisher’s comments and poor judgment are incredibly disturbing, and I have asked our retirement board to take a vote to end any relationship with Fisher Investments,” Walsh said in a statement.

Wed Oct 16 , 2019
Separatist demonstrators attend a protest after a verdict in a trial over a banned independence referendum in Barcelona, Spain, October 15, 2019. REUTERS/Juan Medina October 16, 2019 By Joan Faus, Marco Trujillo and Jordi Rubio BARCELONA (Reuters) – Protesters and police clashed late on Tuesday in Barcelona during rallies against […] 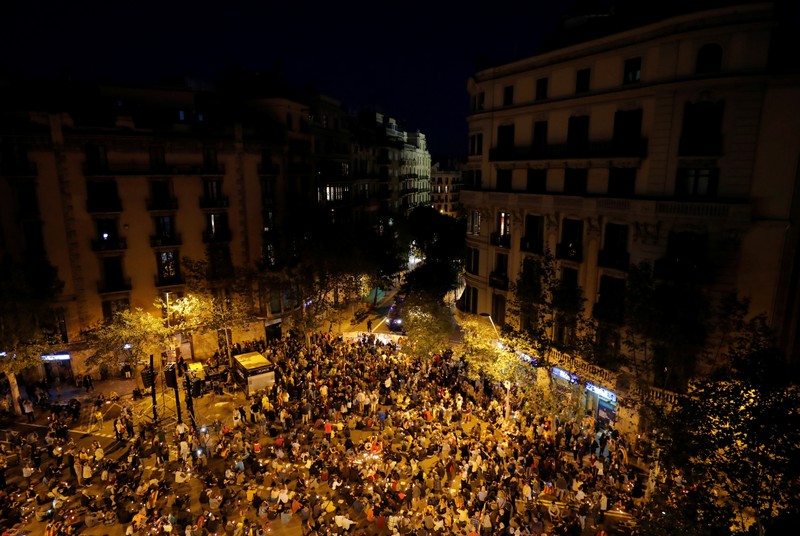