LONDON (Reuters) – The Bank of England’s chief economist Andy Haldane said on Monday he did not think the trade war between the United States and China meant globalisation had come to an end.

Speaking to an audience in central London, Haldane said: “I’m not yet at the point of calling peak globalisation”.

Despite higher tariffs between the United States and China, cross-border flows of capital, ideas and people remained strong, he said.

Dow plunges 800 points, gives up gain for the year

Mon Feb 24 , 2020
Stocks fell sharply on Monday, with Dow Jones Industrial Average losses reaching more than 1,000 points at one point. The number of coronavirus cases outside China surged, stoking fears of a prolonged global economic slowdown from the virus spreading. The Dow traded 816 points lower, or 2.8%. The S&P 500 slid […] 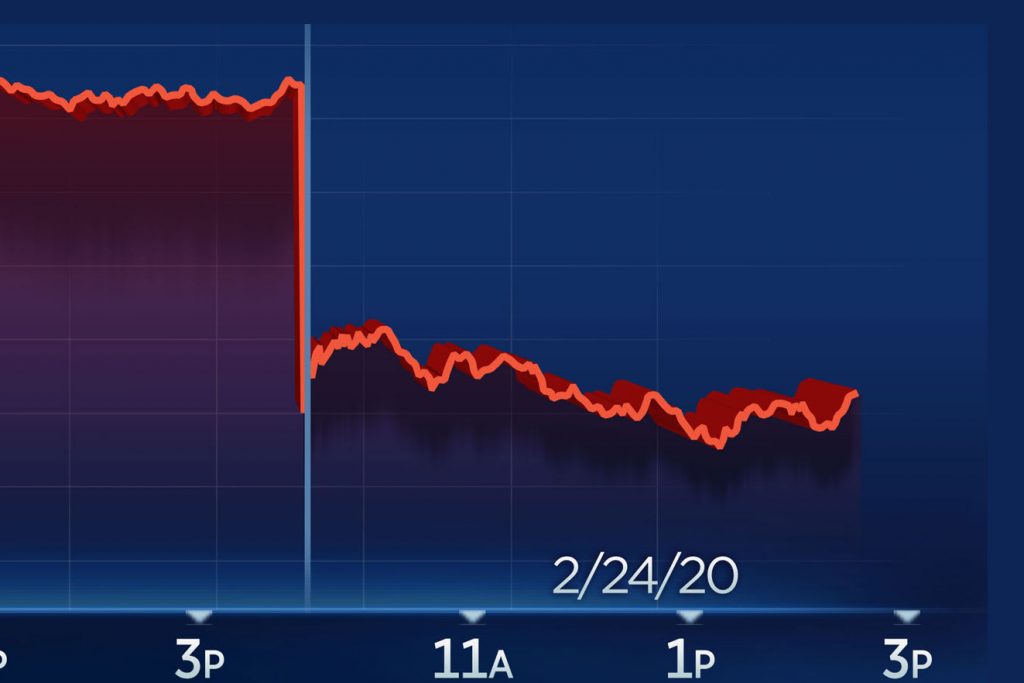