A United Airlines plane takes off above American Airlines planes on the tarmac at Los Angeles International Airport (LAX) on October 1, 2020.

Airline stocks and shares of Boeing tumbled Tuesday afternoon after President Donald Trump called off talks with Democrats for a national stimulus package until after the election, closing the main avenue for carriers battered by the pandemic to receive more federal funds to cover their labor bill.

American Airlines, United Airlines and other U.S. carriers began furloughing more than 32,000 workers last week. Airlines, struggling from weak demand during the pandemic and bleeding cash, had agreed to not cut any jobs until after Oct. 1 under the terms of $25 billion in federal payroll support passed in March.

Travel demand remains at one-third of last year’s levels, so airline executives and labor unions were pleading for more aid in Washington in recent weeks. The proposal had bipartisan support but remained stuck, as Democrats in Congress and the Trump administration repeatedly failed to reach agreement on a national coronavirus package that could have included more aid.

Airlines that started furloughing their workers said they would reverse course if more aid was approved.

Boeing shares, already down on the day after the company issued a downbeat aircraft demand forecast, fell 6.8% on Tuesday to $159.54 after Trump’s announcement pausing stimulus talks.

Tue Oct 6 , 2020
Quick Take A popular Facebook post asks why an order by President Donald Trump “PROTECTING PRE-EXISTING CONDITIONS got almost zero coverage,” and suggests it’s wrong to say he is “trying to eliminate that protection.” Trump is trying to repeal the Affordable Care Act, which put such protections into place, and […] 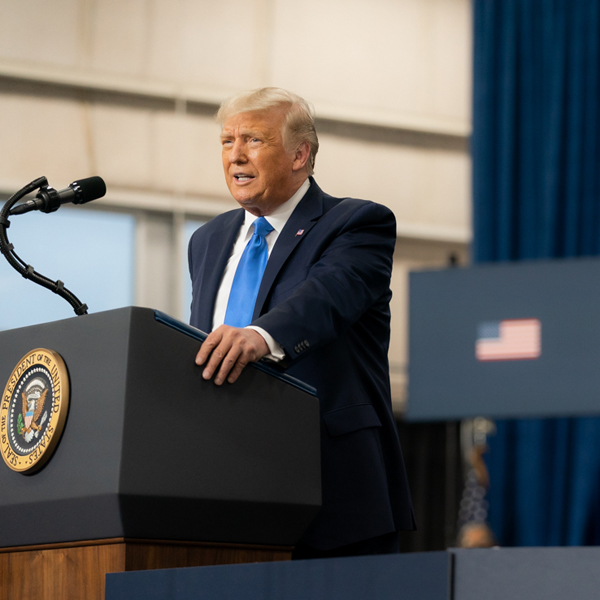