A Democratic sweep in the November election could pose an insurmountable threat to Big Tech, according to one Wall Street analyst.

Alphabet Inc., Amazon Inc., Apple Inc. and Facebook Inc. have powered the S&P 500 to new highs following a bruising 34% plunge that occurred during the onset of the COVID-19 pandemic, but a Biden presidency and Democratic control of the House and Senate could derail the momentum with one fell swoop.

The so-called blue wave would “make a formidable force going after antitrust law changes with breakups possibly on the radar,” wrote Dan Ives, a New-York based analyst at Wedbush Securities.

A Democrat-led House subcommittee proposed breaking up Big Tech due to unfair business practices in a report released Tuesday. Under such a scenario, Alphabet wouldn’t be able to own both the Google search engine and YouTube while Amazon would be barred from selling its own private-label products.

While Republicans see many of the proposals from their Democratic counterparts as “non-starters,” they have their eye on the companies for a different reason.

The House Judiciary Committee later on Tuesday released a report calling for Big Tech to be held accountable for a “consistent level of bias” and suggested modifying Section 230 of the Communications Decency Act, which gives companies like Facebook and Twitter protections against civil liability for third-party content.

So long as both chambers of Congress and the presidency aren’t controlled by a single party, Ives doesn’t see Congress agreeing on legislation, setting the stage for the “eye-popping” rally in tech stocks to continue into yearend as fundamentals and growth trajectories take hold.

One of those growth trajectories comes from lingering pandemic-related restrictions, with executives speculating about longer-term remote working as a second year of COVID-19 draws closer.

Large-cap tech stocks have been “rerated as utilities because they’ve become essentials,” said David Rosenberg, chief economist and strategist at Toronto-based Rosenberg Research. “The longer we have the work-at-home theme, the higher the valuations these companies are going to receive.”

Wed Oct 7 , 2020
The IRS is extending the deadline for as many as 9 million Americans to register to receive a federal stimulus check, an emergency payment approved this spring aimed at softening the economic blow of the coronavirus pandemic.  The IRS said people now have until November 21, rather than October 15, […] 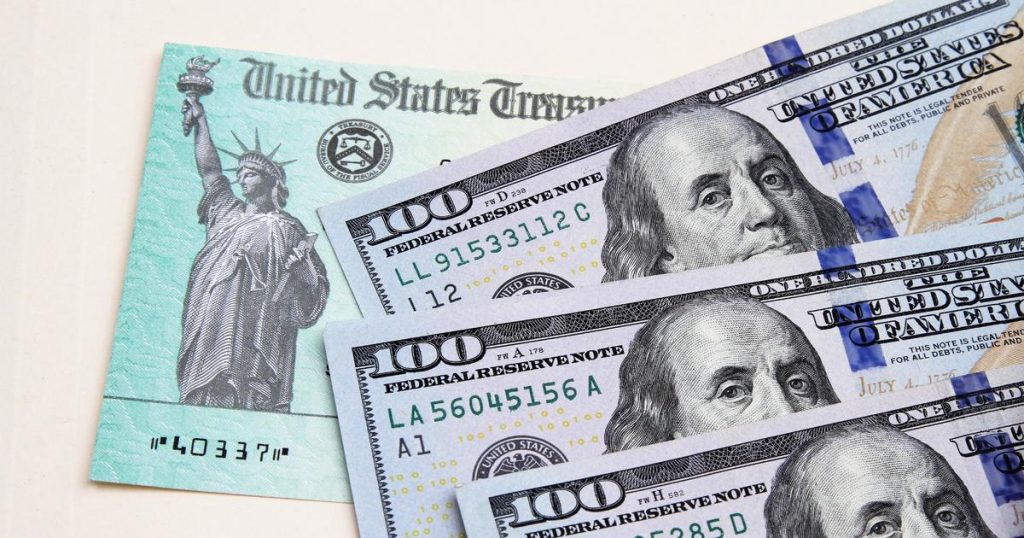