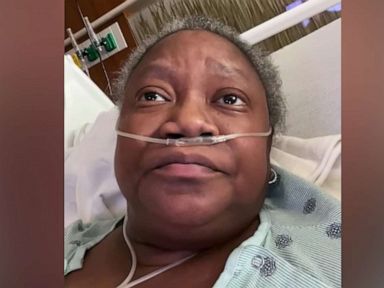 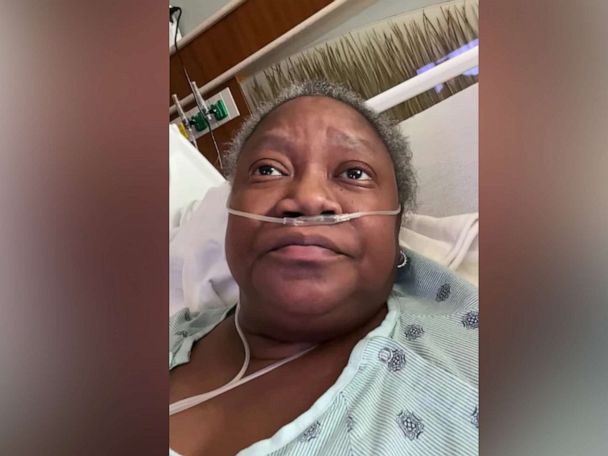 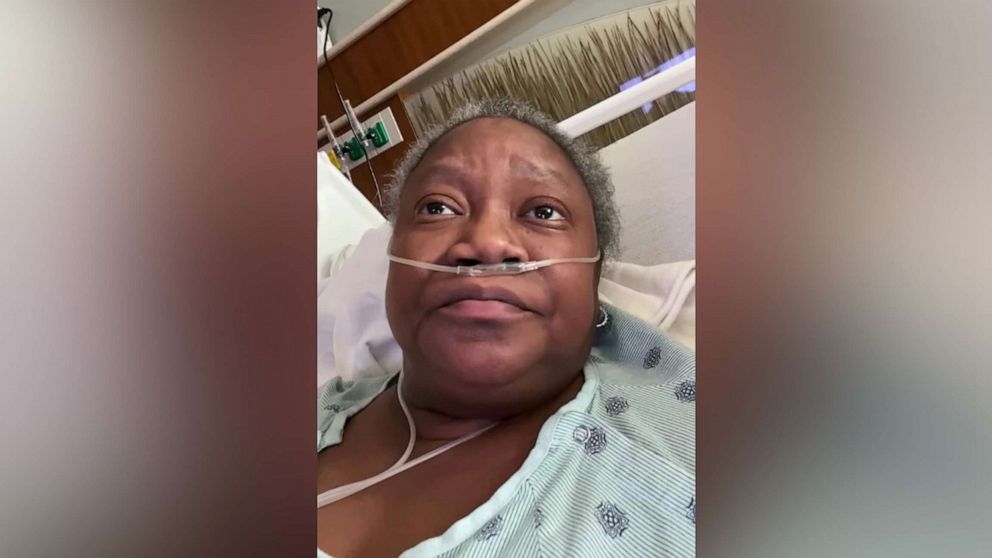 Lying in a hospital bed laboring for breath despite being on oxygen, Dr. Susan Moore, a 52-year-old Black physician, stared into her cell phone and recorded a video alleging her battle with COVID-19 was made worse by the treatment she received from a doctor at a suburban Indianapolis, Indiana, hospital.

Moore died on Sunday from complications of coronavirus, her son said. She had claimed that a physician treating her repeatedly ignored her complaints that she was in excruciating pain, and wanted to send her home. That doctor, she alleged, initially told her he felt uncomfortable giving her painkillers and “made me feel like a drug addict,” she said on social media.

“This is how Black people get killed. When you send them home and they don’t know how to fight for themselves,” Moore said in the Dec. 4 video she posted on her Facebook page from Indiana University Health North Hospital in Carmel, Indiana, her hometown. “I had to talk to somebody, maybe the media, to let people know how I’m being treated up in this place.

“I put forth, and I maintain, if I was white, I wouldn’t have to go through that,” Moore, who tested positive for COVID in late November, said in her Facebook post. She added that she no longer trusted the hospital and that she was asking to be transferred.

Moore’s case appears to highlight a concern health-care advocates say has been exposed by the pandemic: allegations that Black people and minorities suffering from COVID receive inferior medical treatment compared to whites.

Black people have also been disproportionately affected and have died from coronavirus more than their white counterparts. An analysis by the Brookings Institution released earlier this year showed that Black people with COVID have died at 3.6 times the rate of white people.

An ABC News investigation published in April found that Black people in coronavirus hot spots are twice as likely to die from the illness than their white counterparts.

Moore’s 19-year-old son, Henry Muhammed, told ABC News that his mother tested positive for COVID on Nov. 29 and went to IU North because she had been to the hospital before and it was close to her home.

He said his mother was discharged on Dec. 7, but was only home for 12 hours before he had to call an ambulance to rush her to a different hospital. Moore wrote on her Facebook page that when she was admitted to Ascension-St. Vincent Hospital in Carmel, her temperature had spiked to 103 degrees and her blood pressure fell to 80/60. Normal blood-pressure is generally 120/80.

Her son said that while his mother received vastly better treatment, her health gradually grew worse and she was placed on a ventilator. She died at 1 a.m. on Sunday, he said.

“I was hoping that when I got there, she would still be alive but when they opened those ICU doors and they told me that she had passed away … I was just almost hyperventilating,” he told ABC News. “I was just like, ‘Mom, I love you, mom. I love you.’ And I just prayed and hoped that she was doing well in Heaven, doing better and she was at peace.”

Muhammed said the treatment his mother alleged she received at IU North Health angers him.

“I am outraged beyond words … because if what my mom thinks was true and that it was racism, and they neglected her because of that, nobody should go through that. It puts the phrase ‘I can’t breathe’ to a whole new context,” he said.

“My mom was legitimately very scared. I haven’t seen my mom that scared in a long, long time. She was concerned by the lack of empathy from the doctor. She didn’t feel like the doctor cared about her or her health, or whether or not she was getting better,” he said, adding that his mother would call him daily from IU North hospital, often in pain and in tears. “She kinda thought of it as the doctor wanted her to get out of the hospital as soon as possible and she was quite concerned about that.”

In an email to ABC News, a spokesperson for IU North Health said of Dr. Moore, “We are very sad to hear of her passing.”

“IU North respects and upholds patient privacy and cannot comment on a specific patient, their medical history or conditions,” the hospital said in a statement. “As an organization committed to equity and reducing racial disparities in healthcare, we take accusations of discrimination very seriously and investigate every allegation.”

The statement went on to say, “Treatment options are often agreed upon and reviewed by medical experts from a variety of specialties, and we stand by the commitment and expertise of our caregivers and the quality of care delivered to our patients every day.”

Muhammed said he and his family have not decided whether to take legal action against IU North but are exploring their options for recourse.

“I was her only child. Me and my mom were very close. I told her everything. She was not just my mom, she was kind of my best friend. And she was always there to support me along the way,” he said. “It’s a really hard loss. It’s incalculable how much of a loss it is. You can’t measure how much my mom means to me. It’s really troubling knowing that she’s gone.”

He said his mother was also the primary caregiver to her parents, who both have dementia. He said he is now caring for his grandparents.

“They’ve been asking about her. I tried telling them that she passed and … they don’t always remember,” he said.

He said his mother decided to become a doctor after initially working as an engineer. She graduated from the University of Michigan Medical School in 2001, Muhammed said.

“I was born three months before she graduated from medical school,” Muhammed said.

He said they moved to Indiana when he was in high school because his mother got a job there as a visiting physician. He said she ultimately set up her own family practice in Peru, Indiana, about 60 miles north of their hometown.

“She was always doing things for others even almost to a fault,” he said. “She was just a kind caregiver. The doctor job that she had, she couldn’t have found a better profession. Her passion and her ability to care for others, that was my mother.”

That’s why, he said, it infuriates him to think how she was allegedly treated by people in her own profession, during the direst moments of her life. He also said it makes him fearful of other Black people suffering from COVID who are not doctors and who may not know how to advocate for themselves.

“All those thousands of people, all those people, I fear for them and I hope this inspires change,” he said. “We can’t have this in society. We have to hold the medical community accountable for this.”

He said he hasn’t yet been able to watch the video his mother posted on Facebook from the hospital.

“Hearing my mom’s voice and seeing her … it’s hard,” he said. “It brings back everything that I miss about her.”

Thu Dec 24 , 2020
The pandemic has led to a growing number of households experiencing hunger in 2020. The nonprofit Feeding America estimates 54 million people could face food insecurity by the end of the year, including 18 million children. Tamara Sandberg, U.S. food security and nutrition advisor for the nonprofit Save the Children, […] 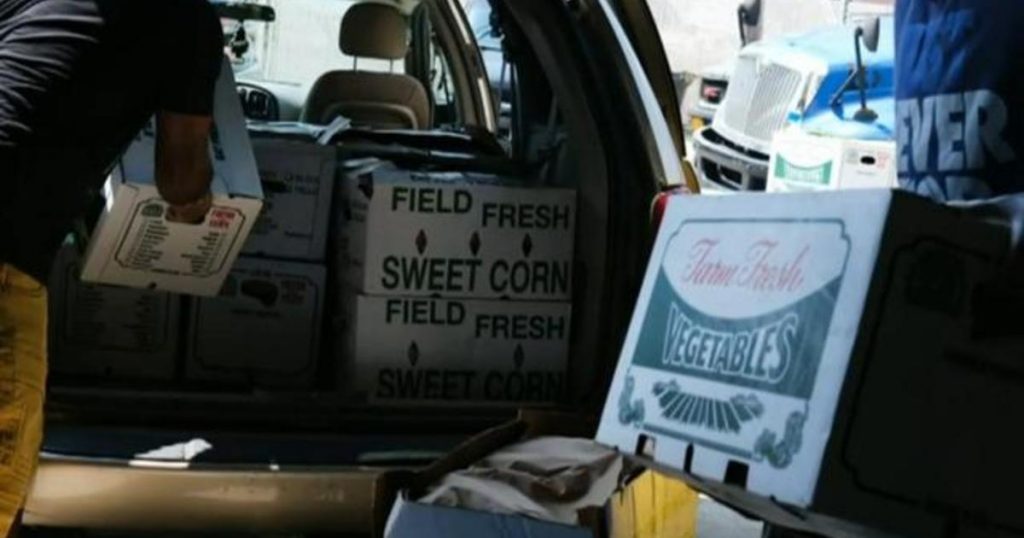