Bitcoin prices fell sharply amid the global sell-off in equities.

Bitcoin fell below $37,000 for the first time in over three months on Wednesday, continuing a major sell-off that began a week ago.

That means bitcoin has now erased all its gains following Tesla’s announcement that it would purchase $1.5 billion worth of the cryptocurrency. It’s also down about 44% since hitting a record high of $64,829 in mid-April.

Negative news over the past week has dampened sentiment for bitcoin.

Musk’s comments caused over $300 billion to be wiped off the entire cryptocurrency market that day.

The announcement to suspend bitcoin payments came just three months after Tesla revealed that it bought $1.5 billion worth of bitcoin, and would start accepting bitcoin in exchange for its products.

Early this week, the Tesla CEO suggested the company may have sold its bitcoin holdings but later clarified that it has “not sold any Bitcoin.”

China’s hard line on digital currencies is not new. In 2017, authorities shut down local cryptocurrency exchanges and banned so-called initial coin offerings (ICOs), a way for companies in the space to raise money through issuing new digital tokens.

Traders in China once accounted for a huge share of the bitcoin market but after the crackdown, their influence was reduced significantly. Chinese cryptocurrency operations have moved abroad.

More than $250 billion evaporated from the bitcoin market alone last week, Lykke said. Though that number seems “astronomical,” such moves aren’t uncommon in the volatile crypto market, he added.

“In terms of Bitcoin’s outlook, things may be looking grim right now, but historically this is just yet another hurdle for Bitcoin to overcome and a small one compared to what it has braved in the past,” said Lykke.

Other cryptocurrencies also plunged. Ether, the digital currency that powers the Ethereum blockchain, was down nearly 23% at $2,697. Dogecoin, a cryptocurrency that started as a joke and has been talked up by Musk, fell 27% to 37 cents.

More than $380 billion has now been wiped off the entire value of the cryptocurrency market in just 24 hours.

Wed May 19 , 2021
Washington — President Biden’s commission tasked with studying potential reforms to the Supreme Court is set to gather for the first time Wednesday as pressure to expand the number of seats on the high court grows following its decision to hear a blockbuster abortion dispute in its next term. Mr. […] 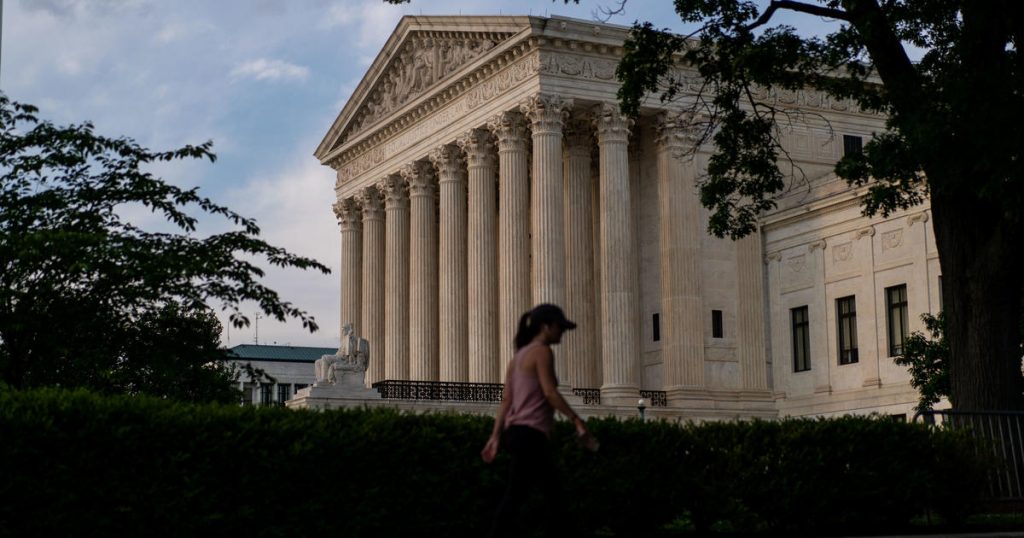