It should have been an ideal year for digital currencies to prove their value as alternatives to traditional money: Government-backed currencies were dragged down by ongoing Brexit concerns and there were growing trade tensions between the U.S., China and European Union.

But yet, bitcoin and others have failed to stage a comeback, which one researcher cites as an indicator there may be more bad news ahead for cryptocurrencies.

“If Bitcoin cannot make gains in such favourable circumstances, then it is unlikely to prosper as and when these issues are resolved,” U.K.-based Juniper researcher Windsor Holden said in a new study published Tuesday. “We feel that the industry is on the brink of an implosion.”

The world’s largest cryptocurrency is down 52 percent since the beginning of this year, and more than 65 percent since nearing the $20,000 mark in December, according to data from CoinDesk. Regulatory crackdowns and news of hacks on global exchanges contributed to the decline.

Wall Street has been overwhelmingly hesitant to embrace cryptocurrency. CEOs from Warren Buffett to Jamie Dimon have issued warnings about trading bitcoin, while Nouriel Roubini, an economics professor at New York University, called it “the mother of all bubbles” favored by “charlatans and swindlers.”

Holden said in a white paper accompanying Juniper’s research that the firm “is aligned far more closely with the cryptocurrency skeptics than the evangelists; we do not believe a recovery to the levels witnessed in 2017 is likely…Indeed, we would argue that further falls are highly probable.”

Holden pointed to other issues: There is a decline in the base of individuals who are willing to pay inflated prices for cryptocurrencies, credit card companies have banned customers from paying for bitcoin on a card, and social media sites have banned initial coin offering advertising.

“Taken together, this means that there is likely to be less demand, with less funds available to invest in Bitcoin,” Holden said.

The researcher also highlighted bitcoin’s potential as a means for money laundering and buying illegal substances, and its persistent volatility as a roadblock to gaining mainstream acceptance.

Tue Oct 9 , 2018
Some Venezuelans are suspecting foul play after government authorities said a jailed opposition leader committed suicide on their watch Monday. Fernando Alban, an opposition councilman, was detained last Friday after returning to Caracas from New York City. Alban was accused by Venezuelan authorities of being part of an assassination attempt […] 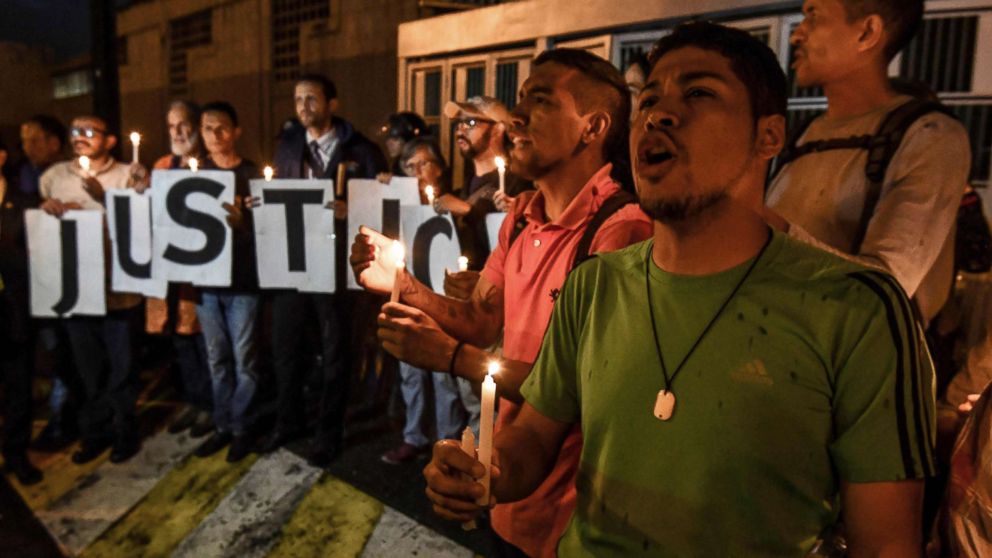