A representations of virtual currency Bitcoin is seen in front of a stock graph in this illustration taken May 19, 2021.

The price of bitcoin dropped Thursday morning as investors broadly began shedding risk as equity markets declined. Fears of a slowing global economic comeback caused by the potential spread of the Covid-19 delta variant appeared to be behind investors move into safer assets like Treasuries.

Bitcoin traded at $32,400 Thursday morning, about a 7% decrease in the previous 24 hours according to Coin Metrics. Most other cryptocurrency assets fell with it, including ether, which is trading 10.5% lower at about $2,100.

That backslide came around the time of reports Japan has declared a state of emergency in Tokyo for the upcoming Olympics based on a potential rebound in Covid-19 cases. Stock futures fell lower on the news and companies that would benefit from an economic rebound fell in pre-market trading, including cruise lines, air carriers, Ford, Nike and even home retailers. The 10-year Treasury yield also fell to 1.25%.

Bitcoin has struggled to reclaim its May highs. Its price has been hovering in the $30,000 range, down from its all-time high of $65,000 it reached in April. Traders see bitcoin as a long-term positive despite the short-term negatives. Still, some say it could fall as low at $20,000 before institutional investors get back into it.

Investors jumped into Treasuries on Thursday, pushing the 10-year Treasury yield as low as 1.25% at one point. While bitcoin has sometimes been referred to as a hedge, the reality is it’s been quite volatile this year and tends to decrease amid broader declines in risk assets.

Thu Jul 8 , 2021
Futures contracts tied to the major U.S. stock indexes fell on Thursday on concern about the global economic comeback from Covid-19. The losses came as Japan declared a state of emergency in Tokyo for the upcoming Olympics and as countries deal with a rebound in cases because of Covid variants. […] 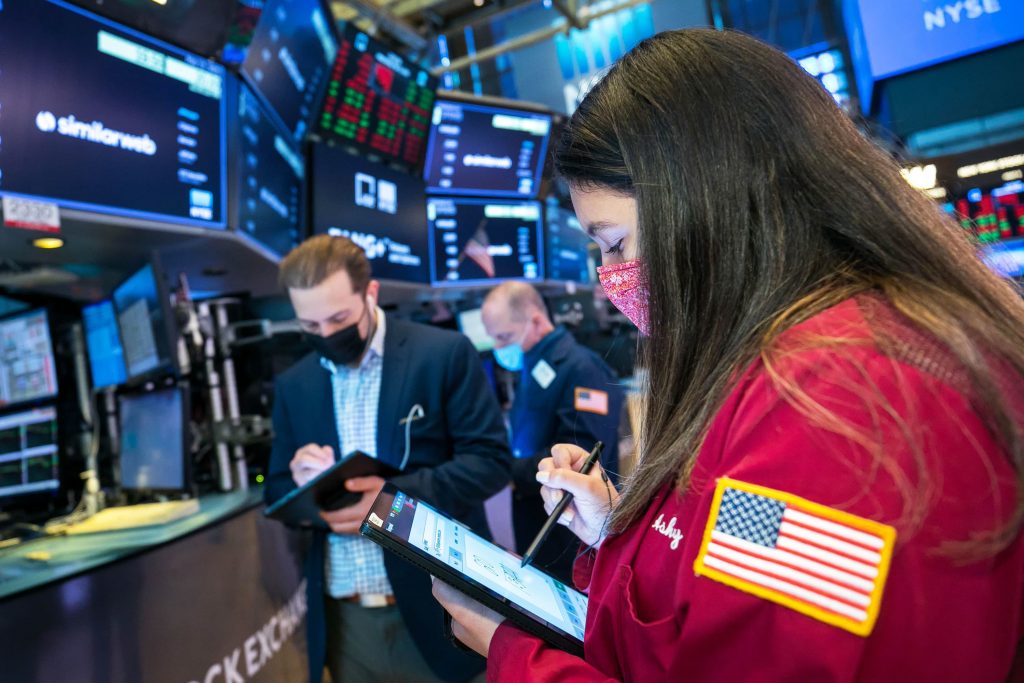