Billionaire and avid reader Bill Gates has a new favorite book: “Factfulness: Ten Reasons We’re Wrong About the World—and Why Things Are Better Than You Think.”

It’s written by Gates’ late friend, Swedish statistician and global health expert Hans Rosling, and Rosling’s son and daughter-in-law, who helped finish the book after he died in 2017.

“Factfulness” offers a different framework for how to view the world, Gates writes on his blog: “The bulk of the book is devoted to 10 instincts that keep us from seeing the world factfully,” like the gap instinct, which is the temptation we have to divide things into two distinct and extreme groups. “With each [instinct], he offers practical advice about how to overcome our innate biases.”

But the biggest “breakthrough” came for Gates, he says, when he read Rosling’s proposal for four levels of wealth around the world, with level one being extreme poverty — those surviving on $2 a day or less — and level four being those spending more than $32 a day. The largest number of people, 3 billion, live on level two, spending between $2 and $8 a day.

Rosling encourages people to use this framework, rather than use labels like “developed” and “developing,” because, as Gates explains, “It’s hard to pick up on progress if you divide the world into rich countries and poor countries. When those are the only two options, you’re more likely to think anyone who doesn’t have a certain quality of life is ‘poor.'”

The four levels help you grasp that “the average person is getting a lot wealthier,” says Gates.

“This is one of the most educational books I’ve ever read,” the billionaire philanthropist continues. “It covers a space that it’s not easy to go learn about. The world would be better if literally millions of people read the book.”

"The nuttiest songs": These whales improvise when singing

Wed Apr 4 , 2018
WASHINGTON — Some whales are taking jazz riffs to new depths. For the first time, scientists have eavesdropped year-round on the songs of bowhead whales, the little-heard whales that roam the Arctic under the ice. They found that bowheads — the bigger, more blubbery cousins of the better known humpbacks […] 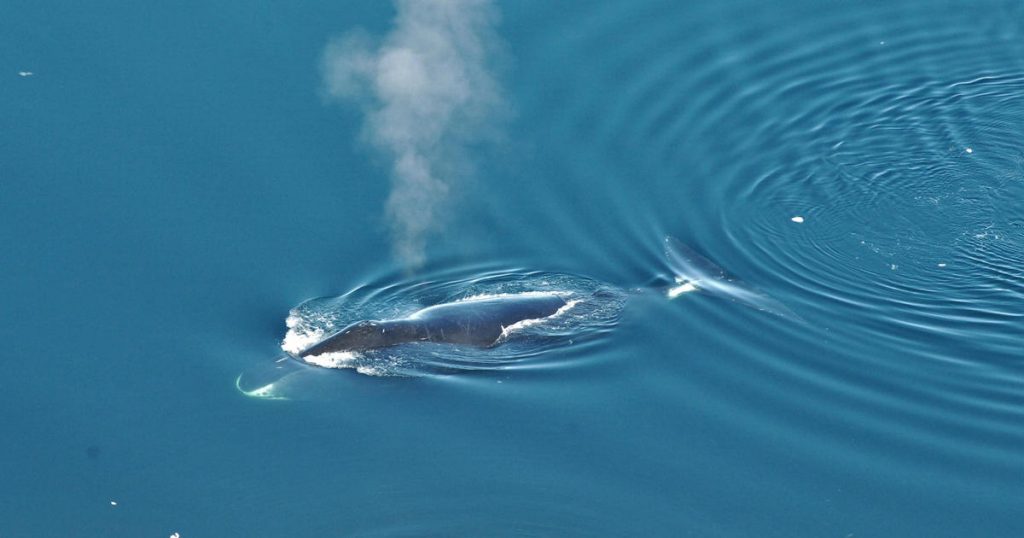